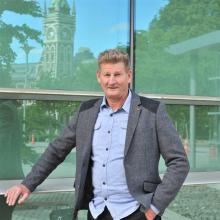 Last month, the company listed on the ASX and announced it wanted to raise $80million in capital, $60million coming from a share placement and $20million from a retail offer for existing shareholders.

The share placement was upgraded to $80million because of high demand.

Yesterday afternoon, Pacific Edge announced to the NZX that it had received very strong support from existing shareholders and applications had totalled $80million, 300% over the initial offer.

In its announcement, the company said it had accepted $3.5million in oversubscriptions.

The acceptance of the oversubscriptions allowed all applicants to receive the minimum of their application or their pro rata allocation up to the $50,000 maximum under the offer.

Chairman Chris Gallaher said the $103.5million raised from the two raises would allow Pacific Edge to leverage commercial milestones and accelerate its growth strategy in the United States and other targeted markets of scale.

"Our company continues to make strong progress as we position our Cxbladder suite of tests as the diagnostic product of choice for urologists and patients."

The positive momentum seen in FY21 and into the first quarter of FY22 had continued with ongoing growth in both test numbers and cash receipts, despite the impact of Covid-19 restrictions on the healthcare market, Mr Gallaher said.

The new shares would be issued at $1.35 a share, which represented the lower of price paid by investors in the share placement over the 5-day trading period up to October 13.

Refunds of the surplus applications were expected to be made by October 27.

Settlement and allotment of the new shares is expected to happen tomorrow.