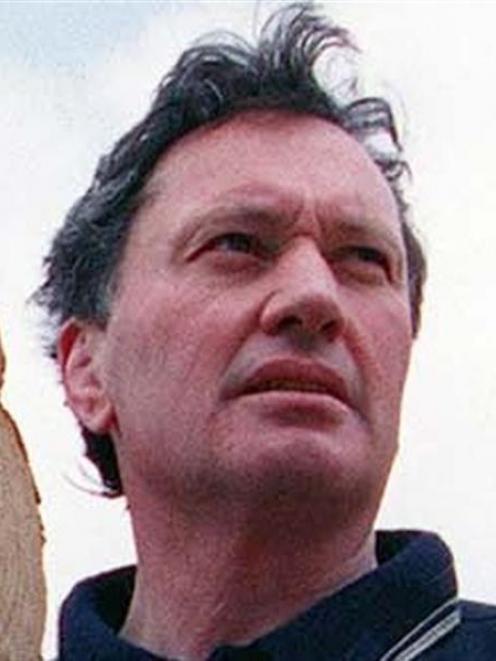 Phil Adams
Restructuring proposals at Port Otago have driven a wedge between management and the Maritime Union of New Zealand (MUNZ), prompting a stopwork meeting tomorrow which could escalate into industrial action.

Port Otago's proposal was delivered to staff on Tuesday, instigating a meeting between port managers and the union today, in what appears likely to become a bitter battle of wills to implement a new "vessel operations team" concept.

This claim was rejected by Port Otago chief executive Geoff Plunket, who said hours and pay would be unaffected.

Port Otago and MUNZ have maintained a relatively cordial and strike-free relationship since working together to rebuild stagnant port operations on the back of dairying since 1998.

However, that relationship now appears close to breaking point.

Mr Plunket said the restructuring proposal was prompted by the downturn in Otago exports and expectations this year of handling less than the last financial year's record 218,000 containers across Port Otago's wharves.

Changes "could have been achieved without restructuring.

We have made several offers [to the union] but none have been accepted," he said.

Mr Adams was scathing of the Port Otago "consultation process" and said that at tomorrow's stopwork meeting the union would be recommending members pass a resolution of maintaining "the status quo, as agreed to last year", during contract negotiations.

He claimed the last four 4100-size container ships to visit Port Chalmers had been turned around "four to five" hours faster than estimated times, proving "the current system works".

Having an operations team would give no certainty of start or finish times and cut out overtime.

The union had worked "very closely with Port Otago to get where it was today", but "industrial action certainly is an option", Mr Adams said yesterday.

Port Otago has 320 staff and Mr Plunket said the restructuring proposal could mean the loss of 36 existing cargo handlers' jobs.

However, 26 new jobs would be created under the operations team concept, a net loss of 10 jobs.

Mr Adams was adamant the operations team concept was to the workers' disadvantage and Port Otago's consultation on the issue was nonexistent.

"This is a serious issue; we have got to make a stand," Mr Adams said.

Mr Plunket said an example of the economic downturn faced by Port Otago was the late-June announcement of a consortium of four shipping lines dropping Port Chalmers from its fortnightly visits to northeast Asia in favour of stopping at Lyttelton.

It was the third shipping operator to reduce southern services during the previous 11 months.

However, the union said it was up to members to chose to move to the team - and none had done so.

The team proposal was for 10-hour "graveyard" shifts to work vessels, as opposed to the present eight-hour shifts.

Mr Plunket said manning of the operations team could be achieved, as was agreed in contract negotiations last year.

But when asked about the issue of staff having the choice of whether to join the team, he declined to comment.

Mr Plunket said aside from today's meeting with the union, staff had until August 5 to come back with counterproposals for consideration, Management would probably be in a position to make a decision by August 10, he said.

That announcement was followed a month later by Hapag Lloyd ending its weekly call to Port Chalmers.