World 'Made in NZ' saga 'tip of the iceberg' 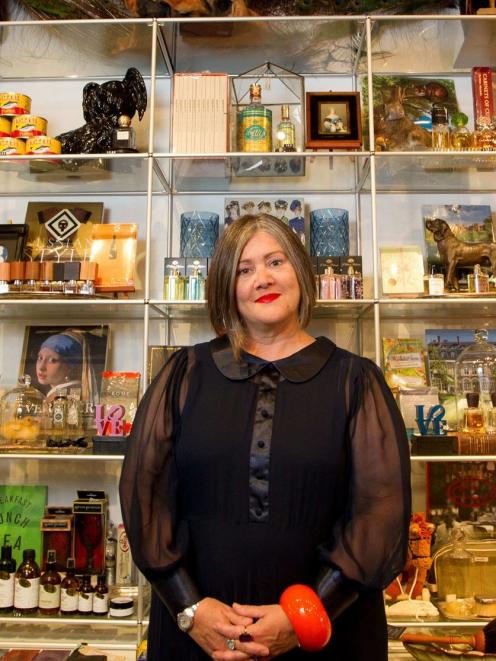 Clothing sold by a Kiwi fashion brand as "New Zealand made" is actually being manufactured elsewhere, according to a report published this morning.

The Spinoff, via staff writer Madeleine Chapman, said the World brand, owned by Denise L'Estrange Corbet, has been selling T-shirts, sweatshirts and sweatpants manufactured in China and Bangladesh.

L'Estrange-Corbet was made a dame for services to fashion at the end of last year, and has long been a critic of overseas manufacturing.

Following her appointment as a dame, L'Estrange Corbet told the Herald World has remained committed to keeping its operations firmly in New Zealand.

"If it was about money we would have gone offshore many years ago, and, believe me, that carrot has been dangled so many times," she told the Herald at the time.

"Francis and I have always said, 'Then what? We'd have money but we wouldn't feel good about what we've done'. I wouldn't want to think that some poor child is making my clothes, some poor woman or man is sleeping on the floor of a factory because I want to be rich."

L'Estrange Corbet defended her decision to source materials from AS Colour, telling the Spinoff only a small percentage of the garments sold at World are produced abroad and that AS Colour does not use child labour.

An angry L'Estrange-Corbet told Newstalk ZB that only a small percentage of her products were manufactured abroad. She said: "Ninety-nine per cent of our clothing is made here."

She said her company sold T-shirts from abroad because a local factory she previously used had closed down.

"Seven years ago, the last factory closed, so we were no longer able to access the machinery we needed, so we went offshore," she said.

"Before we did this, we used a New Zealand company and we wanted all the accreditations met by us before we went ahead and we were assured that they do not use child labour.

"People work 40-hour weeks, they get lunch breaks and they're treated no differently to our New Zealand employees. We're not the sort of brand that is going to go in blind and just do this."

She said the issue would become more pronounced as more local factories closed down, with fashion retailers taking their production abroad. 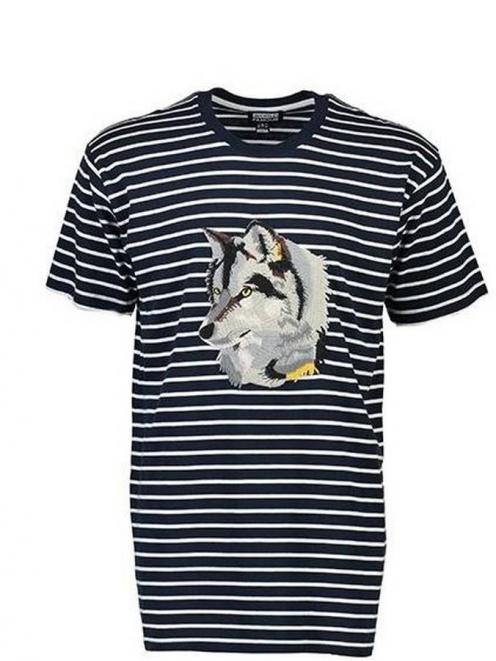 The World T-shirt is sourced from AS Colour and the sequin patch can be found on AliExpress. Photo: World via NZ Herald

'Just the tip of the iceberg'

Companies with garments fully made in New Zealand are, unsurprisingly, concerned about trust issues.

Ben Kepes, owner of Cactus Outdoor, a Christchurch-based outdoor clothing company, says the World scandal is part of a "much bigger issue".

"I think the whole 'Made in New Zealand' thing is actually a bit of a secondary issue to the lack of authenticity and honesty this exposes," Kepes told the Herald.

According to Kepes, L'estrange Corbet's comments that the T-shirts could not be made in New Zealand aren't entirely accurate.

"Cactus makes T-shirts here so that's a lie that it can't be done in New Zealand," he said.

Kepes adds this is "just the tip of the iceberg" and World is not the only brand out there leveraging the "Made in NZ" tag without actually putting in the hard work.

"This has been going on for about 16 years," he said, referencing the time when brands like Icebreaker and Macpac began moving manufacturing to low-cost economies but kept hinting at the "New Zealandness" of its product in their tags.

"Just be honest about it," he says.

Cactus Outdoor has been working to promote its 25 years of exclusively manufacturing garments in New Zealand, using social media to show exactly where and who is making the clothes.

Kepes says the subtleties in how different companies "deceive" customers by hinting at being from New Zealand without actually manufacturing in the company are all part of life in "the post-truth era".

"Many years ago, Icebreaker, a New Zealand based (although now owned in the US) apparel company famously moved its manufacturing from here to low-cost economies. The CEO of Icebreaker, Jeremy Moon, and I went head to head on national radio arguing about the move," Kepes recalls.

"While I accepted that it was a move his business needed to make in order to scale massively, I had issues with what I saw was a somewhat duplicitous branding strategy which saw them massively leverage the New Zealand brand. I saw the potential for customers to be confused. But at least Icebreaker products clearly state where they're made."

World's garments were found to state where they were made, however that information was not in the main label but in a tag elsewhere in the item, on the inside seam, near the hem and not easy to find.

Kepes says L'Estrange Corbet, with her years of being outspoken against companies using sweatshops in low-cost economies, has misled and disrespected her own customers.

"Apparently, L'Estrange Corbet thinks of her customers in the way McDonald's thinks of theirs – as mere waiting mouths, to fill with products that satisfy a short-term whim, but leave no sense of being sated. Apparently, she has no respect for her customers or their belief about what her product is."