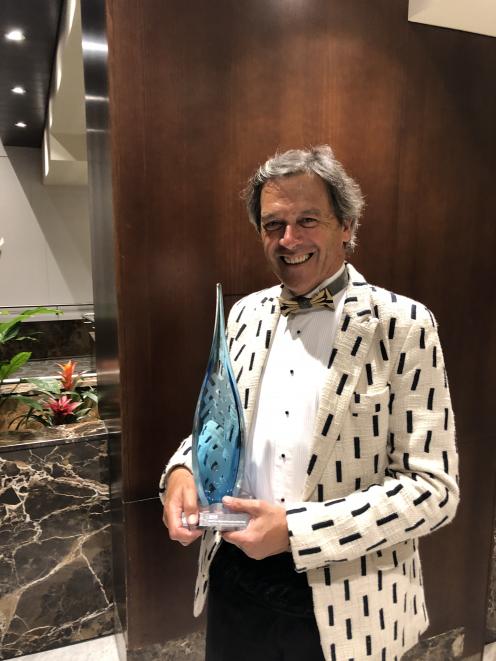 Founder of Animation Research Ltd and Taylormade Ian Taylor with his award. Photo: Supplied
Dunedin entrepreneur Ian Taylor has been named the 2019 New Zealand Innovator of the Year.

The award was announced at this year's New Zealander of the Year Awards in Auckland last night.

It has also built and continues to service an F1 racing simulator and has produced graphics and simulators for a range of sports from aerobatics to cricket, and has built an online risk assessment platform for one of the world's largest mining companies.

Mr Taylor's team, award organisers said, continued to push the boundaries of technology; one week in the Canary Islands covering a yacht race, the next, a team in India providing graphics for cricket, another in Dubai tracking offshore power boats.

''His intuition, coupled with exceptional expertise, makes him an exemplar of innovation in New Zealand.''

Congratulations Mr Taylor. You are clearly a very successful businessman. I look forward to you putting your money into the development of Dunedin harbour and making it a business success. In fact it would be hard not to make a fortune out of it, after all the district council, regional council and national government can't wait to give you tax and ratepayers money to help you on your way. You are heading the development company aren't you?