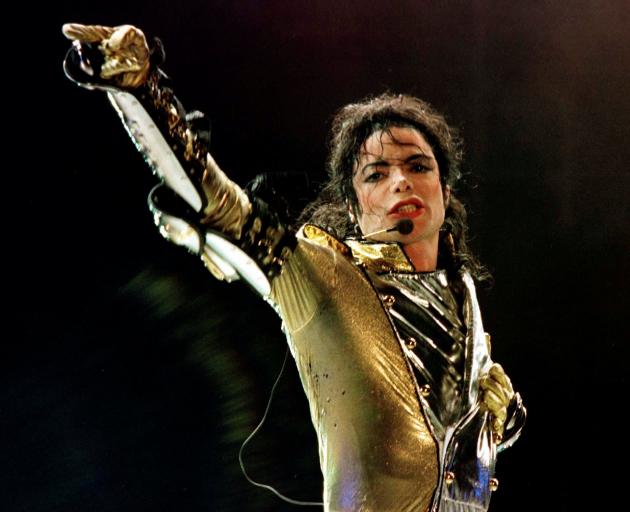 History is history and it doesn't change simply because some of those who helped create it turn out to be abhorrent. Photo: Reuters
Banning Michael Jackson’s music is a dangerous course of action, regardless of how well intentioned, writes Ian Chapman.

I was pleased to be asked by Radio New Zealand's Wallace Chapman to take part in an on-air discussion about Michael Jackson - a hot topic due to the showing of the Leaving Neverland documentary and the allied decision by New Zealand's two major radio networks to pre-emptively remove the artist from their playlists.

Accordingly, just after 4pm last Friday, I joined the section of his show called ``The Panel'', and the resultant audio titled ``Otago Academic on Michael Jackson'' is now a podcast.

At the conclusion of the piece, I was left with the certainty that my views had been very much at odds with those of the panellists. Simply, I felt ``told off''. And that has made me bristle.

In a nutshell, the panellists were appalled at my stated intention to continue to include Michael Jackson in some of my university lectures.

``Choose other artists instead of him!'' they instructed. ``Stop favouring a paedophile.''

Well, actually, I don't favour paedophiles. What an offensive inference. As an academic charged with teaching popular music history to my students, I try to give as accurate an account as possible of the music scenes of the past. Like it or not, and an extremely flawed person or not, Michael Jackson is a huge artist within this field.

Perhaps the panel would like Adolf Hitler to be left out of the History paper HIST225 Totalitarian Regimes: Europe 1922-1945? Imagine the plethora of blank spaces appearing on the art galleries of the world if the many great artists who were also highly flawed human beings were expunged?

At the start of our debate I recalled how, in October 2013, I'd been asked by the (then) Panel host Jim Mora to similarly comment on the fact that a UK record company was releasing what they described as a ``definitive glam rock collection'' but had omitted the hits of Gary Glitter, due to his recent convictions for paedophilia.

The concern I raised then was that to leave him off the compilation was sanitising/falsifying history. No-one was arguing against the fact that he'd turned out to be a Saville-like creep, but that was not the point up for debate. History is history and it doesn't change simply because some of those who helped create it turn out to be abhorrent.

I raised the possibility that, decades down the track, students of popular music history might happen upon this compilation and accept its selective representation as ``the true facts'' of the glam rock scene. But they'd be wrong. On this earlier occasion the Panel and I saw eye-to-eye.

How far might we go with banning Michael Jackson? Should we discard pre-1992 Rolling Stones songs due to the presence in the band of Bill Wyman, who had a sexual relationship with a 13-year-old girl when he was in his 40s? One can find any number of examples of abhorrent behaviour - both confirmed and rumoured - among pop and rock stars. Who else should we ban? Led Zeppelin? Obviously The Jackson Five should go. Oh wait, maybe not, since Michael was just a boy himself, then. Where should we draw the line?

We should also ban all Roman Polanski and Woody Allen movies from university film studies courses. And as soon as I finish typing this I'm going to pop in to Marama Hall on campus and insist that my classical music colleagues expunge Wagner from all of their teaching. And Concert FM, here I come.

When I teach popular music history and include Gary Glitter and Michael Jackson, I also acknowledge the elephant in the room; that these artists are controversial because...

So I am not promoting their work, for heaven's sake! My students are not going to rush off to buy Gary Glitter and Michael Jackson music. If anything, it'll be just the opposite.

Knowing what I now know of his immensely flawed character, I can't derive any pleasure from playing the music of Gary Glitter (formerly a childhood fav of mine) and so he never appears on my home stereo. It's so hard to separate art and artist sometimes, isn't it? But he existed as a ``name'' within the timeline of popular music and I won't pretend otherwise. It would make me a bad teacher.

Should I drop Michael Jackson from all of my teaching? No. If thorny and emotive issues cannot be faced and debated at university - traditionally the critic and conscience of society - then where can they be addressed?

To NOT teach anything at all about such artists is to deny students the chance to critically reflect on the nature of art and artists and thereby encourage them to make up their own minds. It is a dangerous and inherently disingenuous course of action, regardless of how well intentioned.

-Dr Ian Chapman is a senior lecturer in music at the University of Otago.

Sex criminals are a little more than 'flawed'.