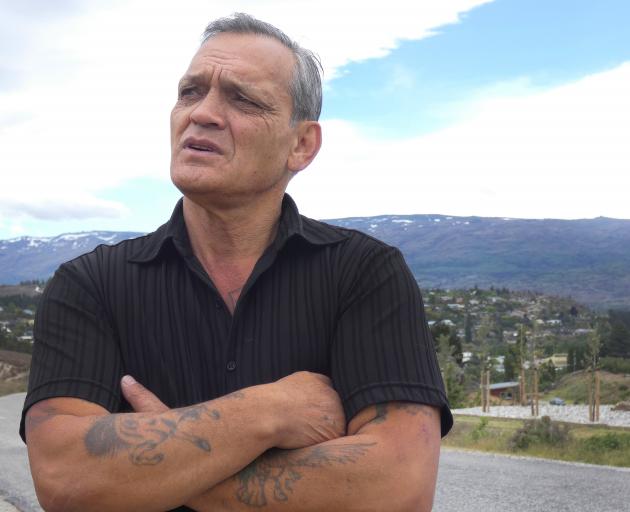 Toni Jarvis (58) wants to consolidate support from residents in the Central Otago town and proposes a community meeting be held to tackle the issue.

"I'm not interested in stomping on people who have an addiction - they need support.

"My problem is these mongrel, low-life dealers that are coming here to make massive amounts of money out of the misery of my little community."

Mr Jarvis was appointed to the survivor advisory group for the Royal Commission of Inquiry into Historical Abuse in Care earlier this year, following years of abuse and drug addiction.

"Like in most communities, we have noticed an increase in drug-related harm but as always we are committed to preventing and investigating drug use and drug dealing in our communities."

He said there had been a small rise in petty crime in and around Alexandra.

Hundreds of residents on a Facebook community group have praised Mr Jarvis' efforts to take the initiative on the issue.

A group administrator said the issue extended to other towns in the region, including Cromwell, Wanaka and Queenstown.

Alexandra resident Billy Te Wake (38) is a member of the Anti-P Ministry group and struggled with an addiction to the drug for many years.

"I've seen what it does, I have lived that life."

Central Otago Mayor Tim Cadogan expressed doubt as to whether a community meeting was the best approach.

"Having read Facebook posts on the topic lately ... such a meeting might produce a lot more heat than illumination.

"However, if the services at the forefront of this battle feel there is benefit to such a meeting I would, of course, support one."

Mr Cadogan said services for users and family members alongside community education were the key needs.

This stinking drug is everywhere . its in my street and that annoys me greatly long turm use is damaging for the persons and makes a house unfit to live in.... for anyone/