By Guy Williams
21 Comments
Dunedin's mayor has accused Judith Collins of creating "fear and division" over her claims Ngai Tahu will be given co-ownership of the South Island’s water infrastructure.

The National Party leader told a party regional conference in Queenstown yesterday the Government wanted to create a regional water entity that would be co-owned by Ngai Tahu. 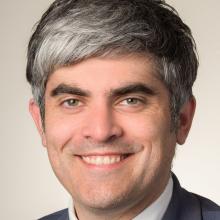 "Some of the mayors were so appalled at what was presented, they have reached out to me,'' Ms Collins told the conference.

But her comments have been slammed by Ngai Tahu as "deceptive", while Dunedin Mayor Aaron Hawkins said they were aimed at creating "fear and division".

"We have more than enough to get on with in local government without getting drawn into Judith Collins’ increasingly desperate dog whistle strategy."

There had been no discussion of Ngai Tahu co-ownership of water assets, "but even if there was, it wouldn’t be worth beating the drum and fear-mongering over", Mr Hawkins said.

"Why wouldn’t we be prepared to have those discussions, and be grown-up enough to have conversations about Maori asset ownership in this country?

"There’s a deep irony in that Judith Collins was a senior minister in a government that was more than happy to sell off 49% of our publicly-owned energy companies, but now is throwing her hands up in horror at the idea a publicly-owned asset might be owned by Maori."

Clutha Mayor Bryan Cadogan, who is chairman of a group representing Otago and Southland’s 10 city, district and regional councils in discussing the reforms, said it was "imperative we stick to the facts".

"To come out and say it’s co-ownership or co-governance, it’s way too early to make calls like that."

The reforms were the biggest issue facing local government for at least a generation, and involved crucial issues of democracy and councils’ future liabilities, as well as Ngai Tahu’s role, Mr Cadogan said. 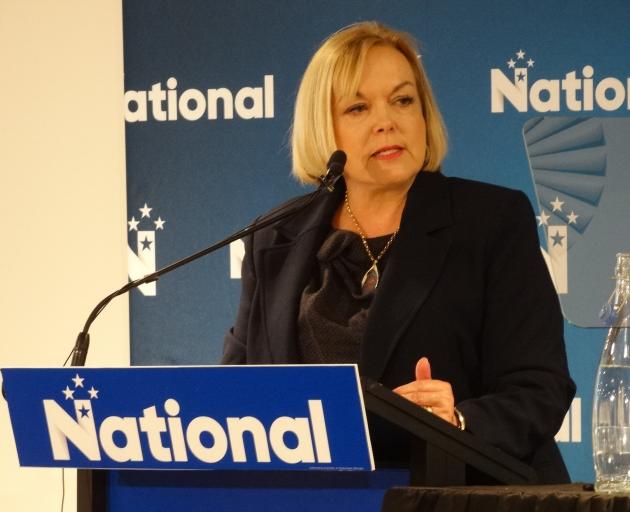 "We need to have constructive dialogue, we need to have our discussions with our whole communities, and we need very much to stick to the facts."

The Government is proposing to replace the role of 67 local councils in delivering Three Waters services with between three and five new Crown entities.

Mr Cadogan said councils remained "woefully short on detail" about what was being proposed, and he had called a meeting on May 28 with Minister for Local Government Nanaia Mahuta, who has ministerial responsibility for the reforms, Ngai Tahu and Department of Internal Affairs officials to address that.

Her claim the Government was planning to give the tribe a 50% ownership stake in South Island council’s Three Waters assets was "deceptive and wrong".

The tribe’s proposal for an entity encompassing 24 of the 67 councils, on which it was consulting the councils, "explicitly does not include a Ngai Tahu ownership'', Dr Tau said.

A slide released by Ms Collins showed one option proposed by independent consultants, which was not pursued by the tribe, he said.

"Ngai Tahu wants to design the structure of the new entity with the Crown, and share governance responsibilities.

"The tribe has a huge interest in the water infrastructure in the South Island. We're like the rest of South Island communities, particularly because we're rural, and we fundamentally don't have clean drinking water.''

Co-governance would provide a safeguard against any future government that wanted to privatise the waters assets that were being transferred from councils, he said.

"We have been very clear Three Waters infrastructure will remain 100% in public ownership.” — Additional reporting The New Zealand Herald

The key word is infrastructure- which is failing and a liability. Ngai tahu dont want to be given 50% of a liability. But if anyone thinks ngai tahu and this government are not looking at water ownership and co-govenancd being given to ngai tahu then you are very mistaken. Lets also remember ngai tahu are not 'first peoples' to the South island, they invaded, assimilated and colonised from the tribes that were first people i.e ngai moemoe and waitaha. There is good reason to be afraid of this goveenment, dunedins mayor and ngai tahu

There's good reason to be afraid of divisive National spin and half truths. Anyone 'afraid' of Ngai Tahu is not a Southerner.

We should be afraid of any legislation that puts one race against another. There is one country and there should be one set of rules for all Kiwis. Anything else by its very definition is racist.

It would also be helpful if Ngai Tahu paid tax on their dozens of tourist ventures i.e Shotover Jet, Dart River Safari or their corporate farms. There is no rational reason why they shouldnt pay tax for corporate activity.

As someone who is third generation South Islander I am afraid of all this understand/stealth politics by labour, so stop making outlandish comments about not being a Southerner.

Hey Hawkins, here's an idea, it's national politics (ie. New Zealand wide) you failed miserably at national politics, hence why we are stuck with you, you have done nothing for bringing nz together, you seem as hell bent as your party, the greens, to split us apart.
Stick to your knitting, literally, stay home and knit, your opinions in the country are as hollow as your opinions about Dunedin

The Mayor would be wise to stay out of National politics.
A slippery slope that fools love to tread.
The last mayor had a wee fumble with some WW1 camel cuffs at a tidy price to the Dunedin ratepayers.
Oh, what ever happened to those oversized wall hangers ?
Sell them & return the money to the coffers, we will need every cent in the years ahead to pay down the debt from follies undertaken to date.

All mayors have a very real right to express opinions on this matter.
Central government is reforming local government in a substantial way through its Three Waters reforms. This is the biggest change to local government since the 1989 reforms.
This impacts an all territorial local authorities, and they have the right, no an obligation, to have local government views front and centre.
WW1 camel cuffs? what are you going on about?

Rate payer money squandered on cuffs to hobble camels, under the mistaken belief they were used to secure Maori slaves in Dunedin. The previous mayor was so caught up in the hype, he ignored some very basic facts on the matter and the ratepayers picked up the tab. The cuffs are likely at the back of a cupboard some where, hoping they will be forgotten. Clearly and thankfully, some ratepayers have long memories.

"Why wouldn’t we be prepared to have those discussions, and be grown-up enough to have conversations about Maori asset ownership in this country?" Why would we? Publicly owned assets are for everyone's benefit.

Our far-left mayor doesn't seem to agree with himself. On the one hand he says we should "be grown-up enough to have conversations about Maori asset ownership in this country". On the other hand, he decries Collins' efforts to initiate just such a conversation while he and his fellow-travellers have remained conspicuously silent.

Collins isn't starting discussions. She's scaremongering.
It's the reason she has taken another dip in the leadership polls. She is poison and most NZers can see that.

Why would you not be allowed to bring this up? Labour did not campaign on this before the election, oh that's
right they campaigned on nothing except Covid!!! that was not scaremongering was it??

As for a Mayor who fails to supply safe drinking water, discussing water, good god look in your own back yard

And your party can do no wrong eh, how many houses did they promise to build? How many people on the lowest rungs of the ladder did they turn their noses up at when they ignored the recommendations of the group they themselves set up? How many foodbanks are crying out for support to help them cope with increasing demand? National are certainly no angels at running the country, but Labour are turning into National lite with a Green twist.

We had an election 7 months ago and Labour didn't campaign on such a structural reform to the South Island's water supply so Collins is right to question it. I suggest Mayor Hawkins provides an explanation to the people of Dunedin on what he is advocating on our behalf on this very important issue.

I support greater scrutiny of this governments actions with respect to a number of issues and this is one of them. Governance is a powerful tool and the responsibilities held under governance considerable. I feel the lack of public discussion on the allocation of governance responsibilities for the SI water asset is pretty damn appalling and the social mavericks in government should be held accountable.

Ah so now we see what hawkins is up to, he's a green party wannabe and wants to enter politics using the mayoralty as a platform to get the green hierarchy to notice him and get us to pay for it, hopefully they see his ploy and throw him out but I doubt it. Hopefully he fades back into obscurity from whence he came after this term is done.

I would trust Ngai Tahu more than National to take care of water in the South Island. And no, I am not Maori.

Problem is, when Ngai Tahu start wanting you to pay them for that water, you will have your hand out along with a good number of other left-wing voters looking for someone else to carry the cost on their behalf (yet they endorse this useless mayor and Government). Guess what, the money from the Government that you seek is either borrowed or comes from taxpayers (and not the bottom 35% who receive more in "re-distribution" than they give in tax). Someone has to pay.

Our political parties are democratically accountable for their decisions, if they are untrustworthy we can kick them out. We are clearly reading discussion on the shifting of accountability of governance of a significant strategic asset away from the democratic process. This is an election issue and must not be allowed to happen before the 2023 election.

Couldn't do any worse than this lot. My property has flooded, regularly, for years and they now don't even reply to my emails. Seem to have my address for the rates bills though.