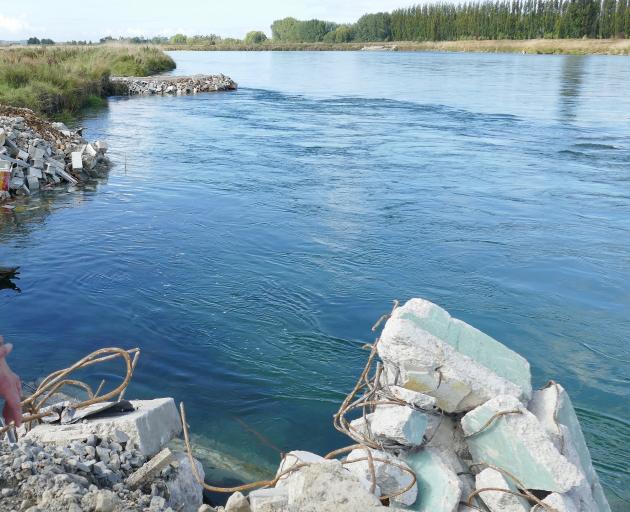 Demolition rubble dumped in the Clutha River earlier this year. PHOTO: RICHARD DAVISON
The company that dumped construction material in the Clutha River following incorrect advice from the regional council has declined to say whether it will appeal its infringement notices.

Meanwhile, Otago Fish & Game says it appears lessons will be learnt by both the council and the company.

An investigation into the issue by the Environmental Protection Agency (EPA) began in March after a Balclutha resident saw a truck with Andrew Haulage’s logo dumping waste building materials down the riverbank behind the Balclutha Aerodrome.

The Otago Regional Council passed the investigation on to the EPA to ensure impartiality after it was found that council staff had advised the company over the dumping.

The council admitted, after further questioning this week, it had been issued with a warning for permitting the company to dump the material.

Otago Fish & Game officer Bruce Quirey said it was advised of the outcome of the investigation, including the fact regional council staff had provided wrong advice to Andrew Haulage, by the EPA.

It appeared the investigation process — which led to the company being issued two infringement notices — had been thorough, he said.

"We are confident the regional council and the company will learn from this experience.’’

Fish & Game supported the EPA’s view that more staff training for river management was required at the regional council and at an industry level.

"The EPA has suggested that Fish & Game could assist the regional council and we look forward to working alongside them to make that happen.’’

The appeal process for the investigation is expected to end by early September. 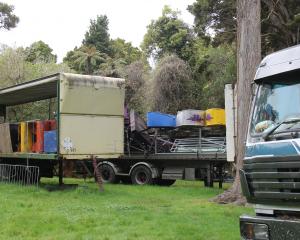 Hilarious. So ORC are so inept despite all thier new managers that they will be getting training from fish & game. F&G are as feral as all the pest species they gifted NZ such as trout, geese, ferrets, stoats and weasels.

Hmm; Fish & Game! The introduction of trout to New Zealand resulted in one of the most destructive events in NZs environmental history. Where there are trout there are no native fish. And ORC being warned by the EPA. While that’s a first but not one to be proud of. Well done ORC, that’s not the way to do it.

This is just more feeble attempts at brushing over the issue and trying to pretend it didn't happen.
At least two people deserve to be sacked.
The person who told anyone it was ok to dump waste into the river.
The person or people who insisted upon fining the dumpers while ignoring te fact that they or their organisation approved the dumping.

This isn't over until the ORC accepts blame for this and takes real action. Not a wack with a powder puff.

If this went before a judge the ORC would be roasted alive. Duty of care in providing advice is well enshrined in case law. Time for ORC heads to roll. This smacks of the Kaikorai estuary fish deaths from the ORC Hazards Unit excavations- unlawful and if the same was done by a lay-person they would 100% be prosecuted.