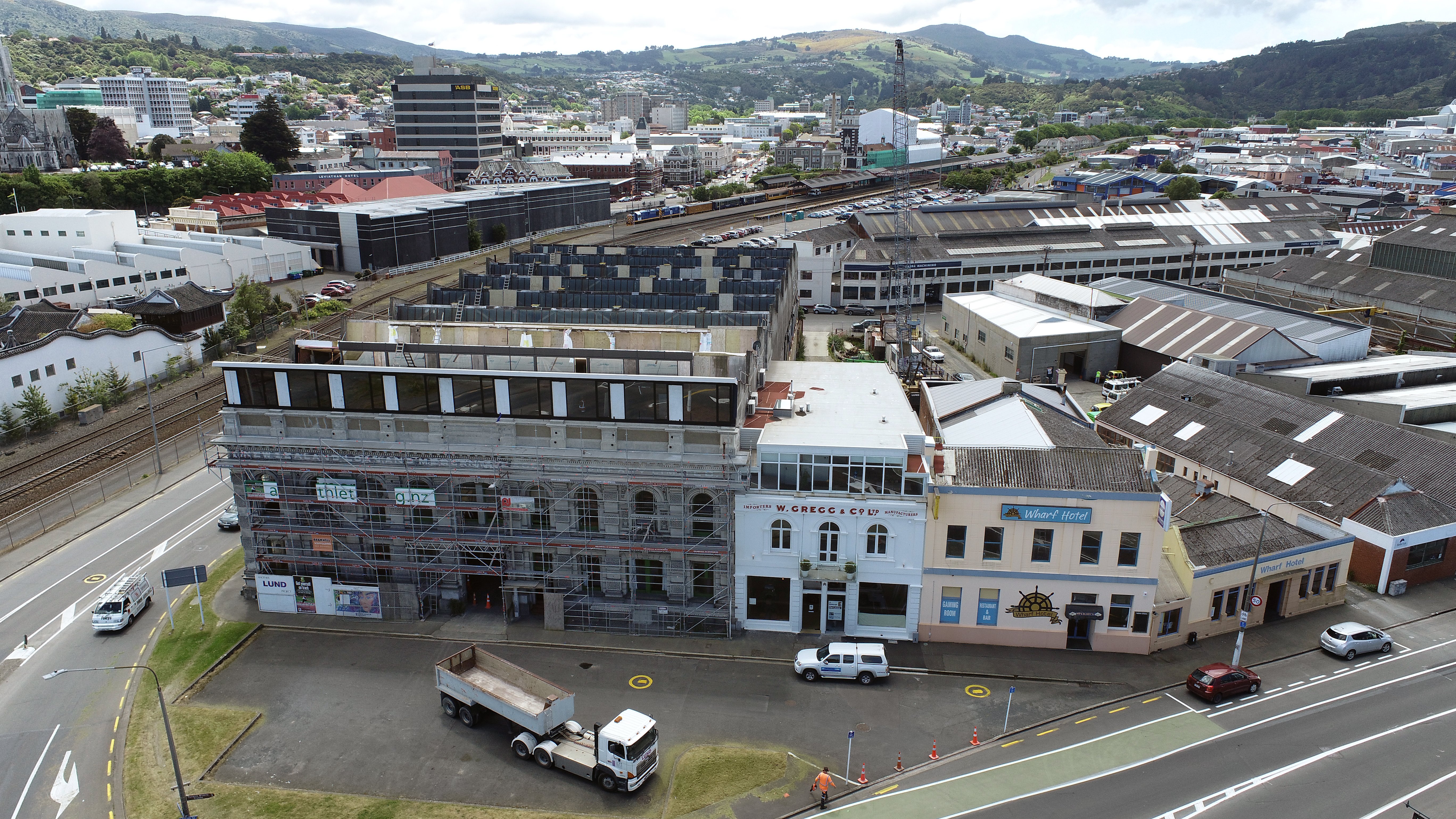 Those plans have also put the future of the nearby Wharf Hotel in doubt with a reference to its demolition.

Last month the Dunedin City Council granted a resource consent for the subdivision of the building.

Building owner Russell Lund said it was too early to comment on the details of the consent, but said the exterior of the building was going to be a "masterclass in design to a standard Dunedin hasn’t seen before".

He confirmed work had begun on the first stage of the development, including structural and strengthening work on the first floor and repairs to the stonework on the southern facade.

The consent showed the subdivision would happen in four stages, the first stage creating broad unit titles which will then be further divided in the next stages. 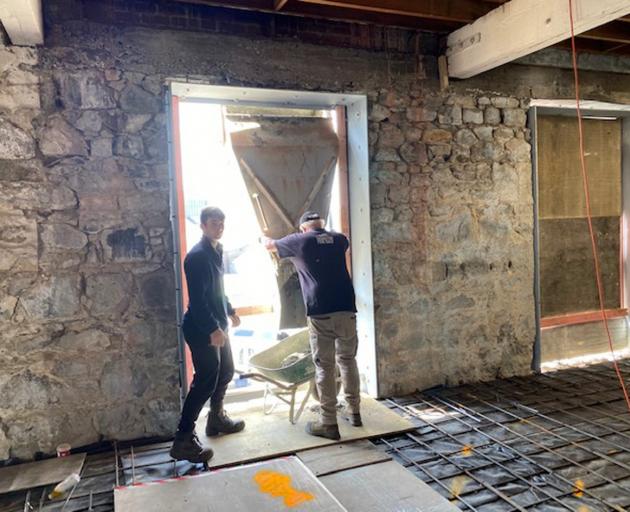 Luke Mitchell and Nigel Harrison work on a concrete pour yesterday.
Stage two would create 23 units on the ground floor of the building, 21 of which will be used for commercial activity and the remaining two units earmarked for residential use.

Stage three would have the first floor of the building separated into 30 residential units, and one unit of common space.

The second and third floors and the roof level would be divided in stage four, resulting in a further 54 residential units.

Plans provided by Mr Lund show a two-level 48-space car parking structure is set to be built off Willis St along the eastern edge of the new apartment block.

In total, 86 residential units are to be created and 21 commercial units on the ground floor.

A previous resource consent had been granted in 2014 for a development featuring 24 apartments, but this has been superseded by the new plans.

The new resource consent also placed the future of the Wharf Hotel under a cloud.

When listing activities taking place on surrounding properties, it refers to "a resource consent to demolish 25 and 27 Fryatt Street which is heritage building [sic]".

The Wharf hotel is located at 25 Fryatt St.

However, queries to the council were unable to find any evidence of a consent being granted for the demolition.

A consent issued for the redevelopment of the former Greggs Coffee premises at 21 Fryatt St was updated in February, and included the information that Mr Lund wanted to demolish the Wharf Hotel building, which is a scheduled heritage building on Dunedin’s district plan.

However, that consent explicitly did not grant consent for demolition, stating that a new standalone resource consent would be required for that.

He did not know where the reference to demolition in the NZ Loan and Mercantile Building consent came from.

Mr Lund declined to comment on plans to demolish the Wharf Hotel.

I hope the design is better than Dunedin's ugliest house in Macandrew Bay.