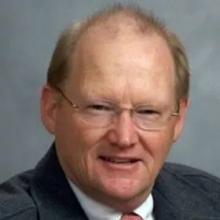 The recent editorial "Playing with fire" comments on the problems facing the Otago Regional Council. The problems outlined in this editorial are not unique to the ORC as evidenced by the appointment of former Environment Canterbury commissioner Peter Skelton, who has spent the past decade endeavouring to resolve similar problems within ECan.

Could it be that the real problem is much deeper than the ORC or ECan? Maybe it is that regional councils collectively simply aren’t fit for purpose.

Regional councils have a significant democracy problem in that rural ratepayers find them immensely important while the other 90%, the urban ratepayers, find them largely irrelevant. Regional councils also suffer severely from a lack of any effective policy support resourcing or accountability from central government, which offloaded a whole lot of difficult stuff on to them during the reforms of the 1990s.

The ORC’s current problems go back to the 35-year life/phase-out of the old mining privileges, where central government provided a limited continuity to historical water rights to irrigators and farmers, but which has now come due. This problem was too hard for central government to resolve at the time, so they buried it inside the Otago Regional Council, where it has lain — too contentious to resolve — until now.

Regional councils are also suffering from all the failings of the "self-regulation" model. Councils tend to be dominated by rural interests — and no matter how well intentioned, their approach to environmental regulation is very conservative.

But the bigger problem lies with central government. Central government has no national science agency to provide context to the activities of regional councils. There is no agency that is dedicated to maintenance of a national programme of water quality monitoring; we have no independent national database.

The National Institute of Water and Atmospheric Research (Niwa) has to operate on a commercial basis. This profoundly skews and restricts its scope and largely eliminates any purely public good science from its area of function.

Niwa does some environmental science; TBfree NZ does some pest species control work. Everything is fragmented and underresourced, from science teams to monitoring in the field, to data management. None of these agencies has sufficient critical mass to do the job effectively; there is little co-ordination as each does its monitoring in its own way; and each stores data on a separate database.

Responsibilities are also unevenly distributed. Environment Southland with 3% of the nation’s population has to regulate 14% of the nation’s coastline and 10% of the nation’s dairy herd. Otago and Southland also have to undertake the same water monitoring and ground water management as Canterbury with a small fraction of the resource of ECan.

It needs to be asked why every regional council has its own geographic information system when one system would serve all of them. Why is each regional plan uniquely constructed? It also takes at least a decade to prepare and make operative a regional water plan. Events like the rapid conversion of Southland to dairying occur in a fraction of the time it takes to prepare a regulatory response.

Fundamentally, however, it is central government that is failing to do its job properly, Three Waters as a glaring example of this sort of failure at the top. Three Waters is based on an entirely fact-free foundation. The 38,000 cases of water-borne disease used to justify Three Waters is a purely speculative number that is not based on any research or reliable database of disease. What is worse is that this number doesn’t even relate to council-owned water supplies. It comes from a Ministry of Health guess as to how much waterborne disease comes from non-council-owned water supplies. Three Waters also fails to take into account the significantly disruptive effect that removing water supply operations will have on local government functions.

Maybe it is time to consider a different model for the supply of local, regional and central government functions. Why have we got 78 different computer systems across local and regional government? Why is each district and regional plan crafted to be unique, when the issues across all councils are the same, but we have 78 unique interpretations of the Resource Management Act (RMA)? Should we be considering the potential that the digital world we now live in has to bring to the way local regional and central government functions?

Maybe it is time to roll together the science and field functions of Doc, Niwa and regional and local councils into a single large regional environmental agency with a professional governance body appointed by a board of the region’s mayors and representatives of the central government agencies.

We could do the same with RMA functions, accounting administration and engineering as well. It is probable we would get far better service from a single large administrative organisation serving all of the councils of Otago and Southland. Our combined population barely exceeds 300,000 yet we have 10 council CEOs, something like five times that many second-tier managers but not enough planners or engineers. We also have 10 computer systems and 10 sets of RMA planning documents, where one of each would do. A key thought is that local politics needs to stay local but administrative and service functions are best provided at much larger scales. This leads to an interesting thought that if administration and service functions are amalgamated it would be possible to de-amalgamate councils.

- Ciaran Keogh is an environmental consultant and a former chief executive of the Clutha District Council.

Would such an agency be funded by ratepayers? Some might not be happy contributing to costs of government agencies.

I couldn’t agree more with the writer. Much of what Regional Councils do could be administered directly by the Ministry for the Environment. The 10 sets of Regional Plans basically cover the same issues but are written with a “regional flavour”. The privilege of a customised plan costs ratepayers 10s of millions of dollars. The irony is that much of the work undertaken by councils is done by consultants from outside of the region. Councils struggle to find competent councillors and executive (as in ORCs case) and tend to attract political opportunists who know how to play the electoral system. In ORCs case many councillors are elected by default because they represent very small communities have funds to out compete other candidates in campaigns and their is voter turnout. The big draw card for political wannabes is the very high remuneration and benefits for what is a part time job. What regional councils have done over the last 30 years could have been done better at a fraction of the cost. However, central government needs to put aside local political games and bring the regions under national control. Regional Councils should be abolished!

New Zealand’s political system is driven by parochialism. Small communities demand their say! Because New Zealand has a population half that of London and a land area 10% greater than the UK the population is thinly spread. New Zealanders pay the price of over government through high rates and inefficient councils. Political opportunists thrive in this type of environment; they pursued communities to “demand their rights”through forming political pyramids of Community Boards, District Councils, Regional Councils, Central Government.This is further duplicated by agencies representing tangata whenua. Local politics tends to attract “has beens” with time on their hands because the financial rewards are significant and their egos are stroked. Unfortunately for ratepayers this tends to be very expensive. ORC has demonstrated a remarkable level of incompetence over the last four years, both councillors and executive (who are appointed by councillors) have not delivered on the basics but have more than doubled our rates in an attempt to build an empire. In the short term ORC needs replacing with commissioners, in the long terms Regional Councils need to go!

Mining Privileges are unique to Otago and ORC has had 35 years to fix them. The completion of this work was on track to meet RMA requirements but was derailed through the incompetence of Councillors and Executive of ORC. Central Government has failed to control Regionals Councils allowing too much power to fall into the hands of clever political manipulators. It really is time for regional councils to go and a more centralised system of local government to be established.