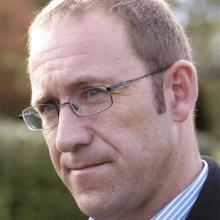 Andrew Little
Justice Minister Andrew Little is embarking on a task which is sure to divide New Zealand, as most people have strong views on prisons, probation and sentences.

Mr Little, who is already developing into one of the Government’s most considered ministers, is proposing reform to the country’s criminal justice system and a rejection of "getting tough on crime", a view long-held by many politicians and voters.

In the past, judges have been criticised for being too lenient  with  repeat offenders. Some of those on bail have gone on to commit horrific crimes even as they await trial. On those occasions public opinion swings behind law and order groups, calling on judges to impose the maximum sentences allowed. The calls for offenders to be denied bail to prevent them from reoffending grow louder.

Mr Little sees things differently and his vision has been  called the boldest political move in criminal justice since former justice minister Ralph Hannan convinced his National Party colleagues to abolish the death penalty in 1961.

There are many studies showing the benefits of a lower prison population, and not all of them are financial.

A Brennan Centre for Justice study in 2016 found approximately 39% of the United States nationwide prison population (576,000 people) is behind bars with little public safety rationale. And they can be released, significantly and safely cutting the prison population.

The study found many people who are in prison should not have been sent there in the first place. For example, 25% of prisoners (364,000 people), almost all non-violent, lower-level offenders, would be better served by alternatives to incarceration such as treatment, community service or probation. Secondly, another 14% (212,000 prisoners) have already served long sentences for more serious crimes and can be safely set free.

The major challenge is convincing the public what has been done for 30 years in criminal justice reform is not working. Violent offending is, in fact, increasing.

The pledge by Mr Little comes at a time when the Department of Corrections is facing major problems in housing the nearly 10,700 prisoners already incarcerated. There is room only for another 300.

Among the groups most likely to target Mr Little for criticism will be the Sensible Sentencing Trust. Spokesman Garth McVicar says the Government’s primary role is to protect its citizens. It is laudable to try to reduce the prison population, and the trust will support that aim. But crime needs to be reduced at the same time. The trust believes crime rates will remain high, at the expense of public safety.

Mr Little has also suggested an extension of Rangatahi and Pasifika Courts, which apply the same law and procedure as any other Youth Court, but in a marae or Pasifika community setting. They incorporate Maori and Pacific languages and protocols.

One of the other pressing problems to be addressed is dealing with former prisoners when they are released. There is a shortage of accommodation for those without family support.

Social services appear already stretched to capacity and a dedicated group of specialists will need to be trained to deal with people either not going to prison or being released early. New Zealand is also dealing with the return from Australia of people not wanted by authorities across the Tasman because of their criminal pasts. These deported criminals are usually without any ties to New Zealand, except being born here and living here for a short period before moving to Australia.

Mr Little has taken on an admirable challenge by providing his vision for the justice system. He will need considerable strength to overcome the prejudicial views of a sceptical public.

One of the causes of reoffending of long term prisoners is that they have been denied the experience of changes in society's patterns. To them, today's society is an alien world.

Get with the program, Society.

Don't be alienating, or they'll be Off again.