A site for the Dunedin Hospital rebuild has been recommended and is being considered by Cabinet, and a public announcement on the decision is likely to be made next month.

Pete Hodgson, chairman of the committee which is coordinating the estimated $1.6 billion hospital rebuild, has previously said the new hospital will be sited centrally, north of the Octagon and south of the University of Otago.

The committee has now recommended a site to Health Minister David Clark, who has submitted it to Cabinet for consideration and approval.

The site will be somewhere within Dr Clark's own Dunedin North electorate.

Mr Hodgson has previously said the new hospital would be the biggest building in Dunedin's central business area, and that it may well be spread over multiple sites rather than one large site.

"Work on the site has concluded . . . this means the Local Advisory Group can get on and deal with other issues," Mr Hodgson said today.

The LAG was set up three months ago by Mr Hodgson to assist in site selection and infrastructure planning.

With its site selection work done, it had turned its attention to how the new hospital would be heated, Mr Hodgson said.

"Dunedin has New Zealand's only district energy scheme, which heats the current hospital, but it is old and it is run predominantly on coal.

"The opportunity exists to switch to renewables, perhaps wood chips, and it is almost certain that the new hospital will therefore be heated with renewable energy."

The hospital might also become a "cornerstone consumer" in a larger district energy scheme involving the university and other users, Mr Hodgson said.

"That depends on feasibility work currently under way with the Dunedin City Council, and with Pioneer Energy who are possible providers.

"In the final analysis the way forward will depend on costs and prices, but we can already be pretty sure that the new hospital will not be using fossil fuels as a heating source." 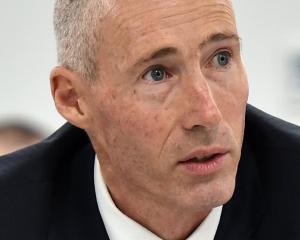 Not using fossil fuels for heating such a huge complex is a big step forward and will have a big impact on Dunedin.

While the Cadbury factory site seems a more logical use of land for the hospital rebuild, I personally feel a great opportunity has been lost by not rebuilding the hospital at the harbour. Would this not kill two birds with one stone? Then it might even be worth building a fancy bridge to it!

Most wood energy schemes are a 'disaster' for climate change - BBC