In this week's Art Seen, Robyn Maree Pickens looks at works on display at the Dunedin Public Art Gallery, including those from a collection of contemporary Chinese art. 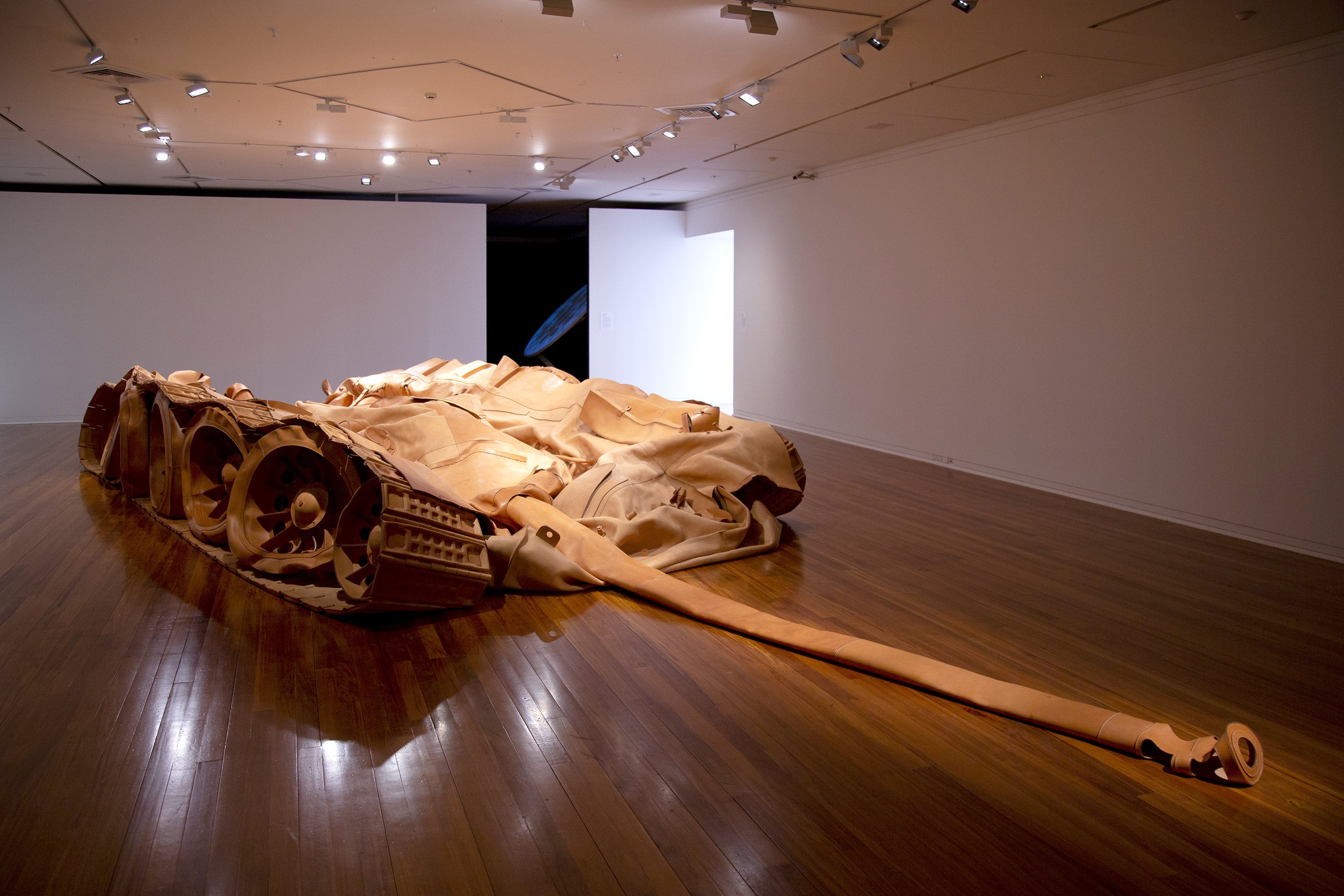 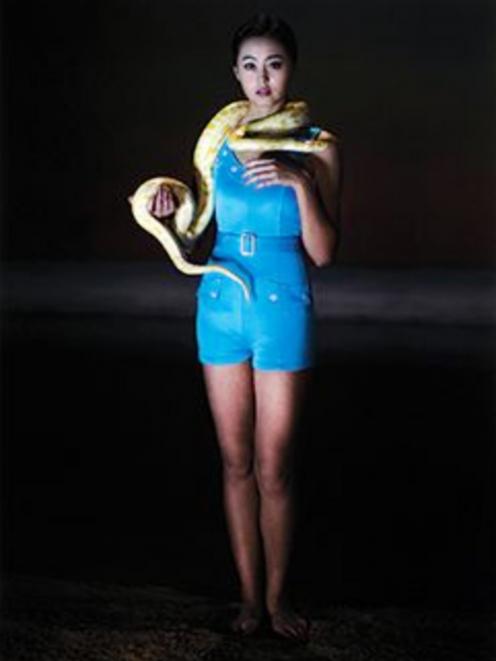 The Coloured Sky: New Women II 2014, by Yang Fudong
A life-size deflated leather tank, a long photographic tableau of staged vignettes, text lifted from paperback romances scrawled on the wall, a pile of handmade porcelain sunflower seeds, exquisite porcelain vessels, paintings, a mock-replica supermarket; these are some of the artworks included in "New Networks: Contemporary Chinese Art". "New Networks" is a diverse exhibition of contemporary art from mainland China that covers a 40-year period from the 1970s to the present day. The exhibition is not, however, a historical survey, but a selection of artworks sourced from public and private art institutions in Australasia. In some respects, therefore, curators Lucy Hammond and Lauren Gutsell have made their selection of artworks from a series of prior selections, which is itself an interesting curatorial premise. As with most large-scale curated exhibitions, it is always interesting to consider why these particular works (and not others) were chosen. Undoubtedly the curatorial intention was to showcase the range of contemporary art practices Chinese artists are pursuing in the decades following the Cultural Revolution. Chinese art is "hot" and China's contemporary art market (and the audience for Chinese art internationally) is thriving, as even a cursory flick through the pages of Art Forum reveals. "New Networks" can be situated amid the hype surrounding contemporary Chinese art, and therefore in the interconnected forces of capitalism, neoliberal globalised trade and China's rapid industrialisation that generated the very conditions for the commodification of Chinese art. Many of the artworks in "New Networks" comment on or critique the impact of China's rapid transition to global superpower. Yang Fudong's photographic work The Coloured Sky: New Women II (2014) captures a sense of the new wealth and opulence accessible to China's entrepreneurial elite. A young woman in a short blue jumpsuit faces the viewer somewhat tentatively as an exotic-looking snake with yellow markings coils around her neck. One reading of Fudong's work suggests that new opportunities and wealth (for women in this instance) do not necessarily release women from societal strictures. In a similar vein, Xu Zhen's ShangART Supermarket (Australia), with its empty bottles and boxes of foodstuffs, signals, as art reviewer James Dignan noted in his January 17 review of Zhen's work, the vacuity of consumer excesses.

Of course, each rise of entrepreneurial individuals depends on the labour of multitudes. Ai Weiwei's well-known work Sunflower Seeds (2010) and Xe Xiangyu's Tank Project (2011-2013) embody the inequities of labour in the very making of each work. Weiwei outsourced the making of one hundred million porcelain sunflower seeds (only a fraction exhibited here) to 1600 potters, while Xiangyu's leather tank was made by 35 leather workers. Xiangyu's tank is perhaps the most political work, as it recalls the showdown between "Tank Man" and a military tank in the Tiananmen Square protests of 1989. 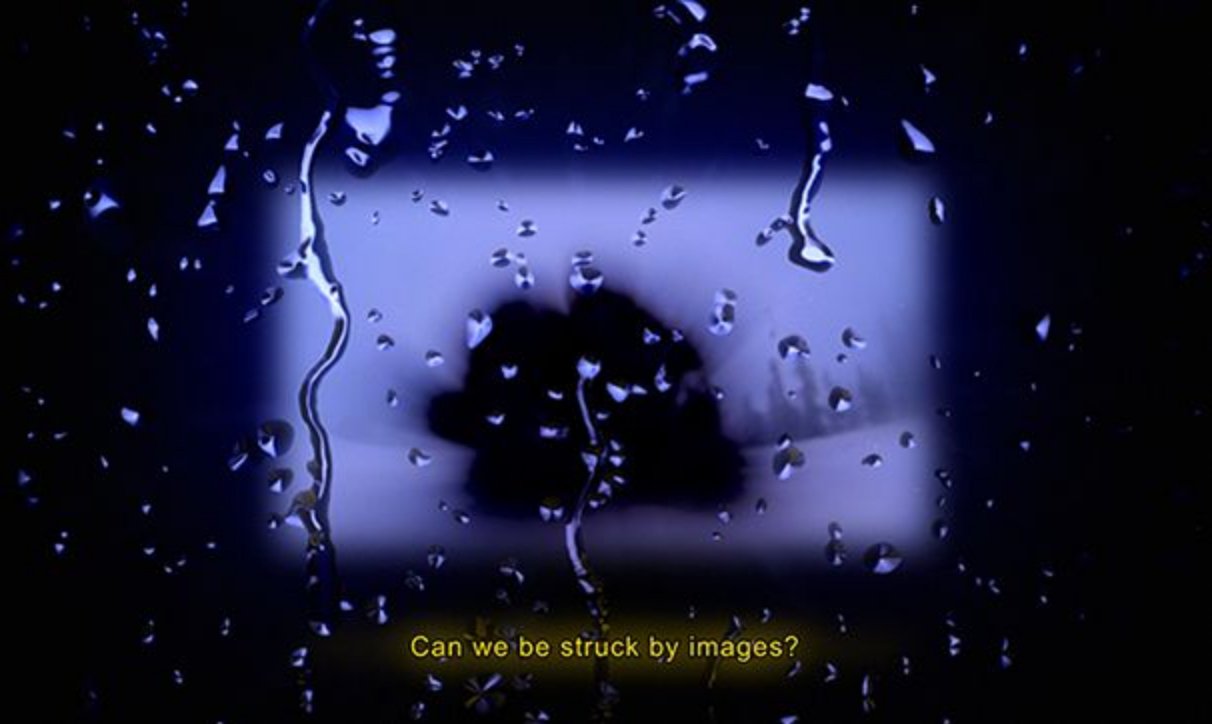 "Image struck (repeat)" (2018) is a short (6.05 minutes) video about the making of digital visual culture as a product of many transformed bits of data made by many hands. It is about the malleability of data as it is variously screenshot, downloaded, manipulated, uploaded and shared in its new form. It is therefore about the fragment, or, as the artist William Linscott following theorist Evan Calder Williams calls it, the "shard". According to Williams, the shard is a visual trope and itself a manifestation of the film-making process where film sequences are sent out to be worked on by animators around the world. In this process, the singularity of a director or cinematographer's vision is shattered and replaced by what Williams calls "incoherence".

Williams also discusses the moment of implication when an object strikes the camera and shocks the viewer into immediate presentness. Linscott fuses the theory of the shard with the moment of implication. "Image struck (repeat)" is a series of intermittent flares of activity with the question "Can we be struck by images?" in yellow-subtitle font and position. Each flare comprises a sequence of found footage in which the camera is struck in one way or another. Linscott calls these sequences "fail images". A generic water droplet filter cloaks the sequences as a means of amplifying viewer implication.