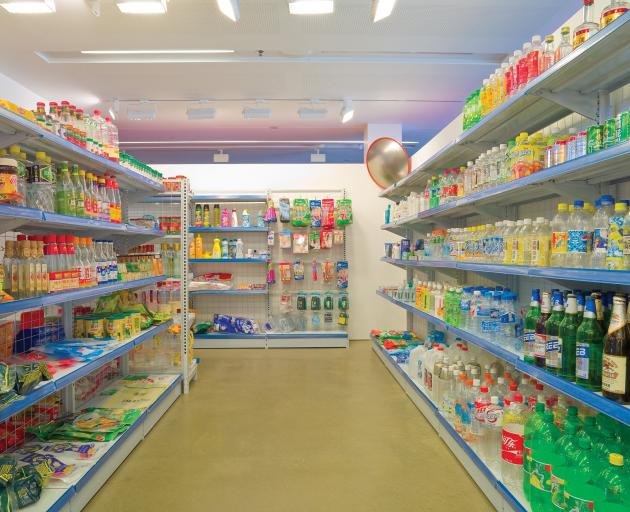 There are several excellent displays on show at the Dunedin Public Art Gallery. Of particular note is the major exhibition ''New Networks: Contemporary Chinese Art''. This exhibition is too wide ranging to do justice to in a few short paragraphs, so I have focused on one of the more intriguing exhibits: Xu Zhen's ''ShangART Supermarket (Australia)''.

This work at first seems a facile installation - a supermarket painstakingly recreated complete with chillers, shelves, and a counter. A closer inspection reveals that all the packages are empty: this is a false front, a supermarket that isn't. This is one of a series of continent-specific works displayed around the world by the artist, and has a pointed message aimed at consumerism and the art market.

Xu's coupling of the detritus of consumerism with high art is a provocative statement on the commercialism of the art world, where artists often have to choose between what their inspiration suggests and what the consumer demands, and in which consumer desire is often manipulated by galleries.

This manipulation can leave the buyer in the predicament of potentially chasing high prices for a product empty of artistic inspiration. It is likely no coincidence that the name of the commercial capital of Shanghai is invoked, with all the connotations the term ''Shanghaied'' suggests. 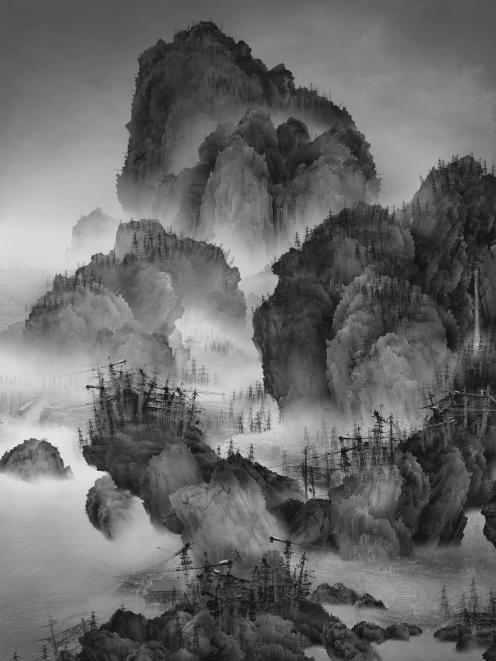 A separate yet connected exhibition within the DPAG is Yang Yongliang's ''Artificial Wonderland''. This series of images and videos beautifully marries traditional Chinese art of the Song dynasty with modern art.

From a distance, the two static works appear as fine examples of traditional shan-shui landscape art, usually created by painting in ink on rolls of silk or paper, and depicting China's distinctive steep crags and coastal villages. A closer inspection reveals that the works are digital photomontages, each using images of high-rise office blocks, pylons, and tower cranes to replace the usual trees and rock faces. Yang's compositions are a paean to a lost China, and a visual outcry against urban sprawl.

Yang's two video works each have a Zen-like quality, and also both refer to the art of the Song dynasty. In Views of Water, we are presented with a series of misty seascapes, with rippling water disappearing into distant hazy shorelines. The work is peaceful, but has a sense of unease.

So too has Journey to the Dark, a three-panel video built up in the same way as Yang's photographic works, but depicted at night against a too-clear sky. It is as if the atmosphere has been stripped away, leaving the slowly moving conurbation naked to the power of the universe. 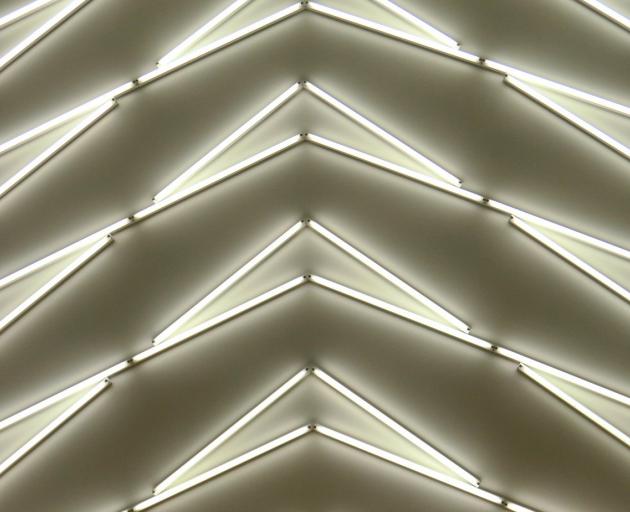 Jonathan Jones' installation of fluorescent tubes on the DPAG's Big Wall is, from a purely aesthetic view, an attractive geometric abstract, using light and shadow to produce a compelling three-dimensional effect. The work's meaning is far more complex than this simple geometry suggests.

During the late 19th and early 20th centuries, museums worldwide would exchange ethnic artefacts, unaware or uncaring of the deep sense of attachment and identity which many of these works held for native peoples. Among these exchanges was that of a bargan (boomerang) from Australia's Wiradjuri people for amo (bargeboard supports) from a Hawke's Bay marae. The exchange took place between Otago Museum and Sydney's Australian Museum.

Jones attempts to create a stylistic bridge between traditional Maori carving and the distinct boomerang form. In doing so, he draws attention to both the negative and positive sides of this colonial cultural exchange. While the loss of taonga overseas causes a severe sadness, it has been instrumental in building relationships between Maori, Aboriginal, and other native groups, forging a worldwide whanau of tangata from differing whenua.

This global relationship is an important political and cultural association in our post-colonial era. The glowing geometric latticework thus becomes an analogy of the international tribal bonds which the era of colonial ethnological interest has ironically helped forge.