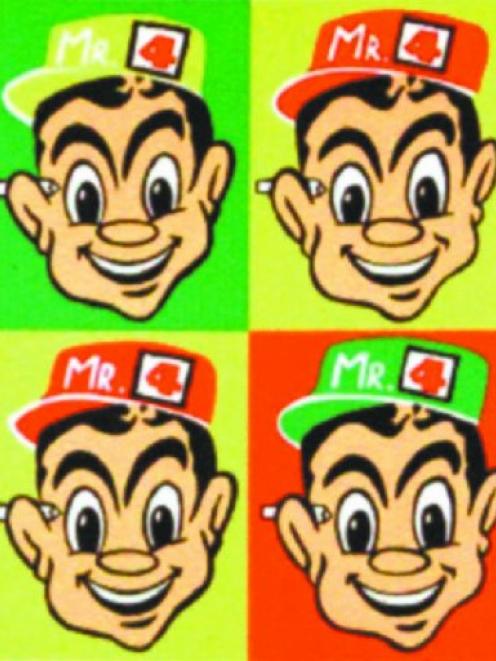 True Colours by Dick Frizzell.
A look at what's happening in the world of art.

Up your alley?
Feeling artistic? The Blue Oyster Gallery is looking for someone to design and create artwork for its Moray Pl alleyway.

"We want to become highly visible, so there's no chance of anyone missing us," gallery director Michelle Armistead says.

Top of the Liszt
Dunedin pianist Terence Dennis has scored a coup with his latest CD, Liszt and Wagner Piano Works, racing to the top of the New Zealand classical album sales chart.

Dennis, who is professor of classical performance studies at the University of Otago, has also recently collaborated with Japanese violinist Takako Nishizaki on a set of violin and piano works to be released on Naxos Records.

Frizzell's "Recent Works On Paper" exhibition is influenced by signs for everything from eggs, to horse manure and fishing, which he saw during a recent trip to the West Coast.

The painter and printmaker is renowned for his kiwiana artworks, such as the 4 Square grocer and tiki designs.

"Recent Works On Paper" opens today at Milford Gallery in Queenstown and runs till June 2.

Not looking for a piano
The latest Mayfair Productions show, Salad Days, is in full swing for its June opening.

But while a cast and crew has been assembled, finding the star of the show has proved elusive.

The production was desperately searching for a piano, to play "the magic piano" in the show.

"And when we rang the carrier, John Milne, to pick it up for us he offered to give us one as well. So now we've got two pianos."

Salad Days is directed by Geoff Smith, with musical direction by Patricia Scally-Richardson and choreography by Gina Miles and opens at the Mayfair Theatre on June 14.

Everyone, of all ages, is encouraged to audition, from circus and novelty acts such as ventriloquists, magicians and comedians to dancers or singers.

Application forms are available at www.primetv.co.nz.

40 years of Hotere
Port Chalmers artist Ralph Hotere will be the subject of a television documentary next month.

Hotere, by film-maker Merita Mita, looks at 40 years of the artist's life and craft.

"It's about one man's quest for beauty and perfection among the most banal, the most ordinary landscapes and materials," Mita says.

"There are very few things I can say about my work that are better than saying nothing," he once said.

Hotere screens on the Sky Documentary Channel at 9pm on Sunday, June 22.