Director passes on the project 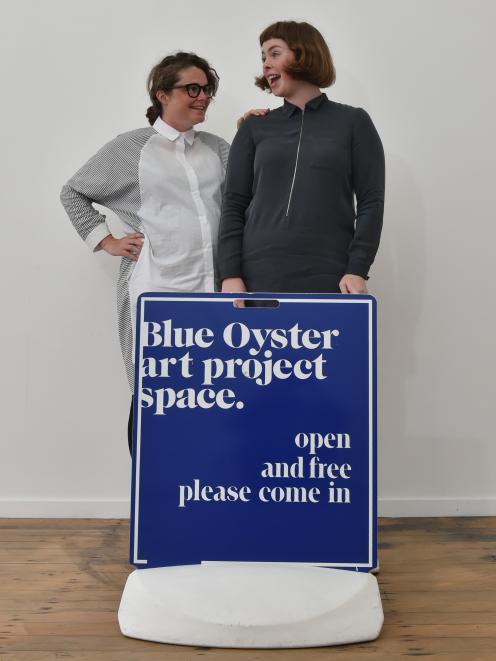 The face of Blue Oyster Art Project Space for the past three years, Chloe  Geoghegan, is handing over the  reins to a new director, Grace Ryder. They tell Rebecca Fox about the past and future.

Dunedin has always been on the top of Grace Ryder's list of places to live.

So when the opportunity came up to run Dunedin's Blue Oyster Art Project Space - established in 1999 to encourage and promote innovative contemporary art projects in Dunedin - she jumped at it.

''It's an opportunity to direct one of the leading artist-run gallery spaces in New Zealand.''

From Christchurch, the Canterbury University School of Fine Arts graduate who studied film and sculpture - ''I swayed between the two'' - is keen to expand her knowledge and experience in curating and developing art spaces.

''You want to keep learning and consistently develop your skills and there are not many industries where you can do that.''

She has already co-curated Christchurch's North Project, a space that was supportive of experimental work and emerging artists before it closed late last year, and worked with CoCA, the Centre for Contemporary Art.

Taking on the Blue Oyster is exciting as she is quite aware of its history, she says.

''The culture and history of Dunedin is rich and consistently thriving and I hope to learn from that and add to that.''

She admits she has a few ideas up her sleeve for her three-year stint as director but is not giving anything away just yet.

She is settling into Dunedin well. ''I'm loving it. Loving the geography, the weather and I'm excited to be meeting new people and getting stuck into the community.'' 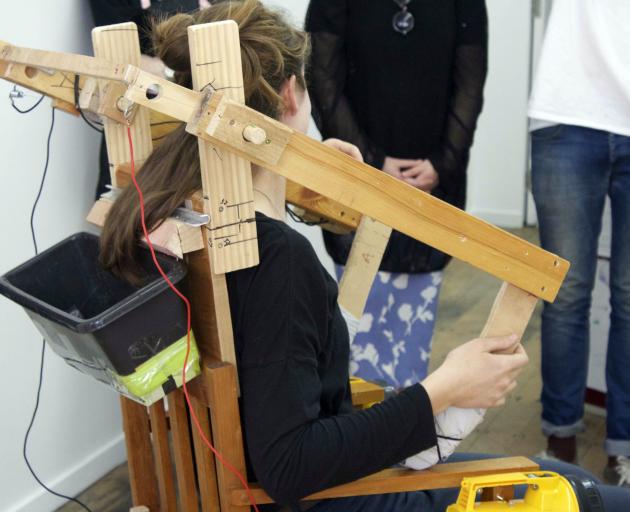 Handing over to the new director has given Chloe Geoghegan a chance to reflect on all she has accomplished while director for the past three years.

''It's been an amazing and challenging time.''

Geoghegan moved down from Wellington in 2014 to take up the position after also studying at Canterbury's School of Fine Arts, before helping set up artist-run gallery Dog Park Project Space.

In her time at the gallery there had been many great projects, workshops and publications, along with the more mundane side of the job such as the paperwork, she said.

She had a goal of putting Blue Oyster on ''the map'' nationally for its work and believes the workshops have helped that.

''We did a great editing workshop.''

Developing a collaboration with the Caselberg Trust had also enabled the gallery to bring artists such as Christchurch's Ana Iti for a summer residency.

There had been many great solo shows, Geoghegan said, including one of her last Stone Cold Cuts by Auckland artist Daphne Simons.

Overall, the three years had been ''amazing'' and so have the people she has met along the way.

''That's the magic of the job. There is drudgery involved but in total it's a dreamy job so it's easy to forget it.''

One of the major highlights has been the gallery trust board's support for her endeavours to continue professional development.

She had travelled to New York, Tokyo, Korea, China and Australia where she had met curators, toured galleries and met artists.

Geoghegan plans to take some time off before planning her next artistic project but intends to stay in Dunedin.