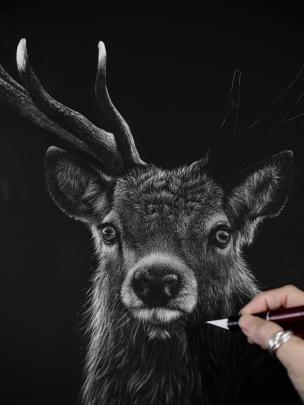 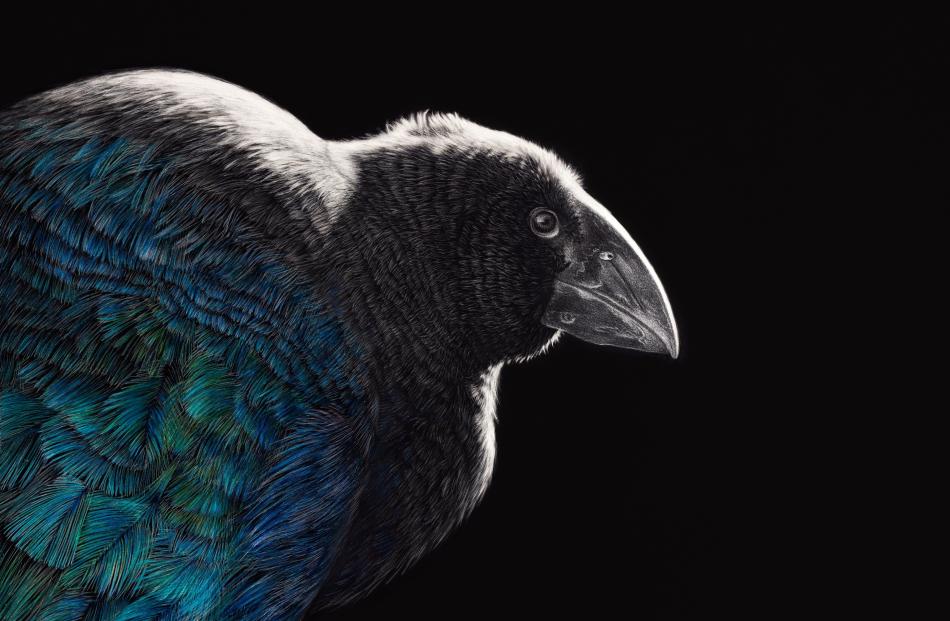 Back from the Brink received a Merit Award at the Tasman National Art Awards, Mapua 2019. 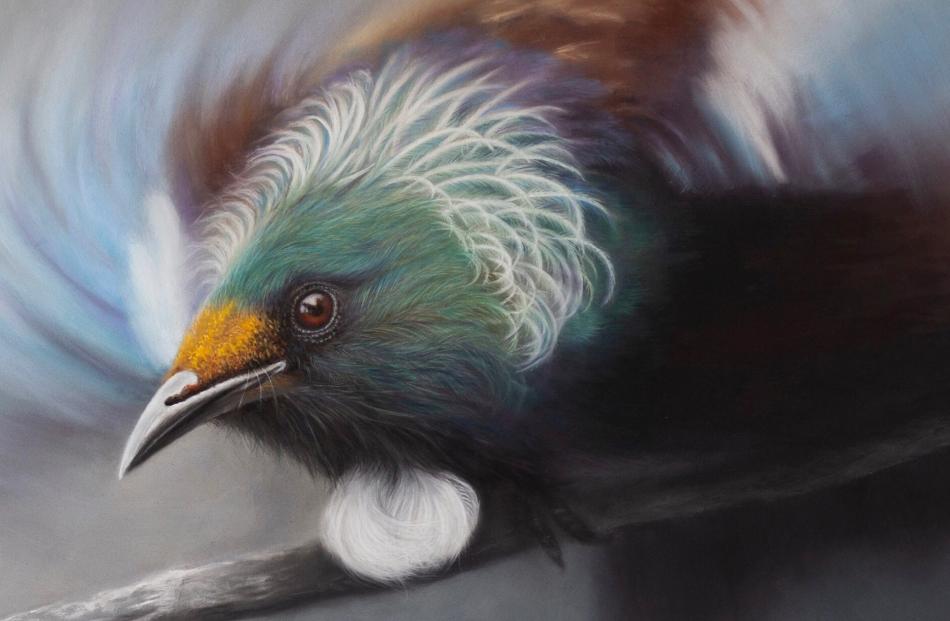 Boss...Incoming was awarded second place and peoples’ choice in the PANZ Pastel Artists of NZ in Dunedin earlier this year. 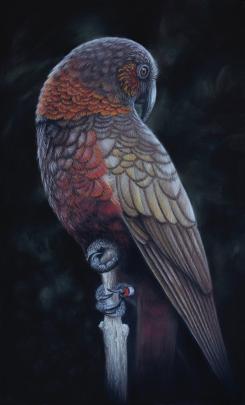 Zealandia Forest Dweller
Last Friday, Karen Rankin-Neal had just celebrated the opening of her solo exhibition at Zealandia, in Wellington, when she discovered she had won Dunedin’s Hope and Sons Art Awards. The Marlborough artist talks to Rebecca Fox about her two loves - pastels and scratch boards.

Karen Rankin-Neal is all about the drama.

Whether it is in her dramatic pastel works or her detailed scratch-board pieces, the Marlborough artist is drawn to monochrome.

It also touched a chord in the judges at Dunedin’s Hope and Sons Art Awards, with Rankin-Neal winning the top prize for her work Aperture.

"I love the drama aspect of the shade and light, it really touches a chord in me." 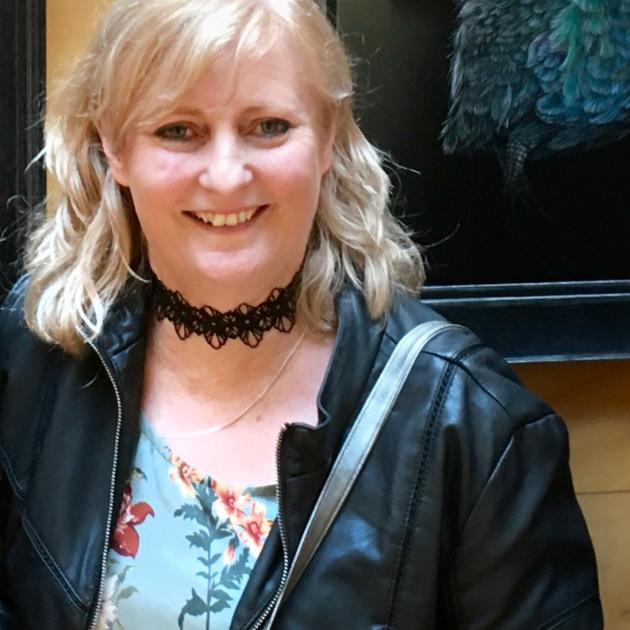 Karen Rankin-Neal at the opening of her exhibition ‘‘Jewels of Zealandia’’ last week. PHOTO: SUPPLIED
The judges described it as "precisely fitting the brief, Light and Shadow. It is skilfully rendered in dramatic tones of black, white and grey pastel work. The patterns of light and shade are beautifully contoured across the face evoking the look of a Renaissance painting. It invites the viewer to wonder who the subject is and what they are gazing at".

The subject is Rankin-Neal’s son Jakob. The original photos the piece was drawn from were taken five years ago, when Jakob was 14.

"I sat him in a sunny window, with the sun streaming through, and hung a piece of borrowed lace in the window."

From those photos, she created seven pastel pieces, including a self portrait, and had thought she was finished with the "Lace Moko series". When she saw the theme of the Hope and Sons awards she thought it fitted the works beautifully.

"I thought I could do one more."

Pastels are perfect for creating those sorts of works as they provide the ability to layer and get the depth and detail she is after, she says.

"I find I’m enjoying working more and more in pastel in monochrome. I don’t know I tend to lean towards that way. I just enjoy it."

Another of her pastel pieces Boss ... Incoming was awarded second place and peoples’ choice at the PANZ Pastel Artists of NZ in Dunedin earlier this year.

On the same night that she learned of the Hope and Sons win, she opened a solo exhibition - "Jewels of Zealandia" - at Zealandia ecosanctuary in Wellington.

The exhibition features scratch-board and pastel works inspired by the native wildlife she has photographed in the ecosanctuary. 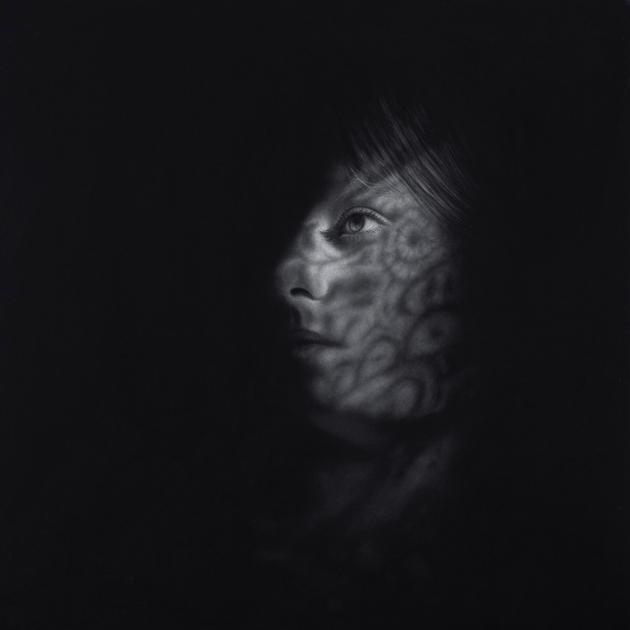 Aperture, Karen Rankin-Neal’s winning entry in the 2020 Hope and Sons Art Awards. PHOTO: SUPPLIED
Both methods of work are quite different, she says. Scatchboard is exacting and there is not much room for error while the other - pastel - is softer and more blendable.

Scratch-board is a method relatively unknown in New Zealand, but Rankin-Neal was urged to give it a try by some Australian artists she met online.

It involves artists scratching their works on black-inked boards, which are imported from America, using anything that can scratch a mark into paint.

"I was hooked. It’s quite addictive."

Perfecting it has taken a while as she worked out what tools - scalpels - work best for her. She has two or three she likes using best, and tattoo needles too.

"It’s because of the level of detail you can get with it that makes it different. You are drawing negatively, picking out the highlights, you’re drawing the opposite."

It works well for her because she is a self-described "detail freak".

While Rankin-Neal has always had an artistic bent, after school she travelled and worked in graphic design and administration. It was not until about 10 years ago she picked up a pencil again.

She believes it was her way of dealing with the stress of having a leaky home and needing a release.

"I started out doing pet portraits and that sort of evolved into doing birds."

She started getting commissions and entered art society exhibitions.

Last Christmas, she decided to stop the portraits and concentrate on her "birds and the odd portrait or big tiger".

Rankin-Neal has also developed her photography skills over the years as she prefers to use her own photographs as the base for her art.

"It’s important for me to take my own photographs, to get out there into the bush and capture what is so special and unique to New Zealand."

It is her way of showing others what they might not get to see themselves.

One of her favourite places to visit is Zealandia, where she spends hours photographing the birds.

"It was the first time I’d seen a takahe there. It’s such a special thing - Zealandia - and what it does to help conservation."

To fully capture the beauty of the birds, Rankin-Neal has begun using colour on her scratch-boards. After she has etched an image into the board, she then paints in the colours.

"I’ve found some lovely inks, pearlescent and iridescent, which are lovely to work with.

"I started out painting just part of a bird; with the takahe it was like showing how it was once nearly extinct and now its coming back to life.

"Often birds look black in the shadows, but in the light they are all amazingly unique."

She begins each portrait with the eyes.

"If the eyes don’t work, I feel the rest won’t and I work out from there. The eye is the important thing to bring it to life."

Last year, Rankin-Neal had a work accepted in the BBC’s Wildlife Artist of the Year Awards, but her entry was delayed in customs and then lost.

The award organisers managed to find it and it was about to be delivered on the final day of the exhibition, but it never made it.

"It was heartbreaking. It got all the way there, almost and then came back to New Zealand again. It’s found a lovely home in New Zealand."