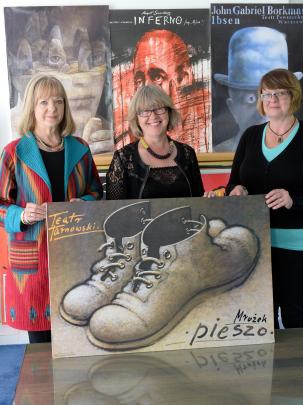 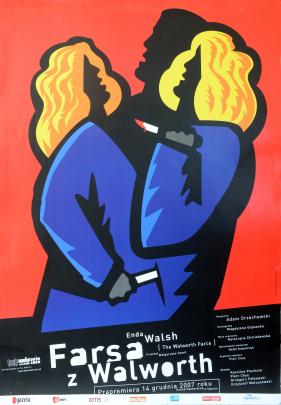 A poster advertising the play Farsa z Walworth by Miroslaw Adamczyk, of 2007. 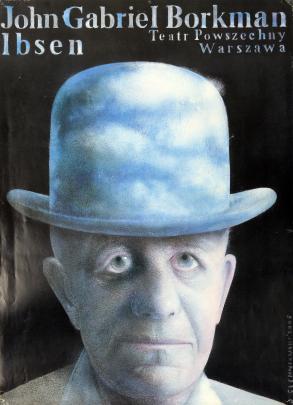 Jerzy Czerniawski created this poster in 2006 for the penultimate play by Henrik Ibsen John Gabriel Borkman. 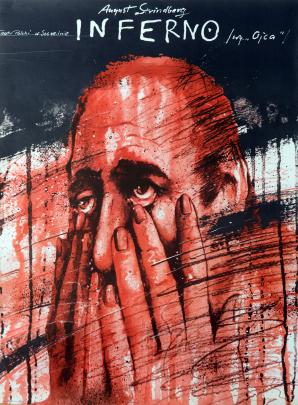 Andrzej Pagowski designed this poster for Inferno, a play based on an autobiographical novel by August Strinberg.

The cultural phenomenon of Polish poster art is in Dunedin as part of a celebration of 250 years of Polish theatre. Members of the Polish Heritage of Otago and Southland Charitable Trust tell Rebecca Fox about its significance.

The cultural phenomenon of Polish poster art is in Dunedin as part of a celebration of 250 years of Polish theatre. Members of the Polish Heritage of Otago and Southland Charitable Trust tell Rebecca Fox about its significance.

That exhibition has now made its way to Dunedin, to the delight of the Polish community here (the first Polish settlers arrived in Otago in 1872).

''It's wonderful to have this unique exhibition of posters from leading Polish artists from the past 30 or 40 years,'' Polish Heritage of Otago and Southland Charitable Trust chairwoman Cecylia Klobukowska said.

The posters are part of the collection of Krysztof Dydo, a collector and connoisseur of the Polish poster who was also a founder of the Krakow Poster Gallery and author of publications on the theme.

He had a fascination for the posters since he was a child in the 1950s, often ''snatching'' posters off hoardings and from those putting them up, Ms Klobukowska said.

''I could never free myself from their magic. People who do this are creators of art with a capital A. Polish artists have mastered it most fully: many years ago; they grasped its mysterious power and have been handing it down from master to student.''

Given Krakow was a Unesco City of Literature, it was fitting the exhibition had come to Dunedin, which was also a city of literature, she said.

''It's an opportunity to enhance that status.''

About 21 posters are going on display in Dunedin and reflect a variety of theatre performed during three decades, from international pieces to Polish work including those by Ibsen, Moliere, Faust, Gogol.

Trust treasurer Ewa Rozecka-Pollard said each of the works was very striking and symbolised the heart of a play.

Ms Klobukowska said the posters were created by a rebellion against the establishment which controlled everything.

''Somehow, art like these posters slipped between the censors and Polish artists were able to express themselves.''

While the poster movement, disappeared in the early 1900s, it returned after the war years in force, with its success attributed to its strong artistic foundations.

The artists of the Polish poster school were seen as artists first and each used very different styles to create their posters, although they all had in common the use of signs, symbols and allegories requiring viewers to think about what they were looking at.

''They grab you by the heart, they speak across cultures and are rich in colours.''

Today, in Poland, many artists continue to work with theatres to create art posters although the arrival of the computer and technology's impact on graphics has seen the decline of the Polish poster school along with cultural institutions not having the money to invest in poster art.

So many of the artists of that form from that time either left Poland or lost interest, or instead concentrated on painting or applied graphics.

While some believed the art of the poster had become mostly ''gallery art'' seen in museums, galleries and private collections rather than on the city walls of Poland, Dydo believed the Polish Poster School was still alive with new generations learning from the masters how to conjure up humour, a punch-line or a style of their own.

''Thanks to it, this form of visual communication is evolving, giving proof of its unique vitality,'' Ms Klobukowska said.