Steps into the dark 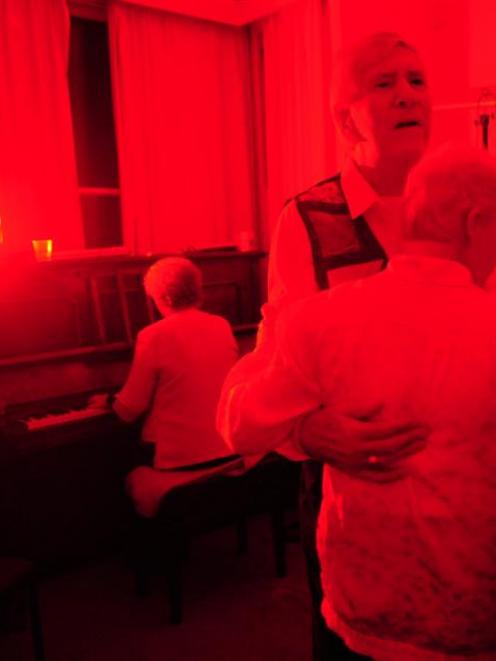 Performers take the floor in House of Memories. Photo by Graig Baxter.
Suzanne Cowan, has a strong personal and professional interest in the meanings our society gives to disability, as well as in dance.

In Dunedin as Caroline Plummer dance fellow at the University of Otago, the Auckland-based dancer and choreographer has devised and directed House of Memories, which will be performed this weekend. It is inspired by the world of visual impairment.

"Disability doesn't exist in itself. It's a label we've created. Actually, there are no two bodies the same. There's a spectrum of function and diversification among different bodies. It's just that we've said these bodies are disabled and these are not, but in a sense it's highly subjective," she says.

"My legs don't work like yours - that's just a fact, but the meaning we make of it is an add-on. For me, the most challenging aspect of living with a disability is not the disability itself, although the practical aspect of that can be challenging at times, but it's the societal response that's really challenging." 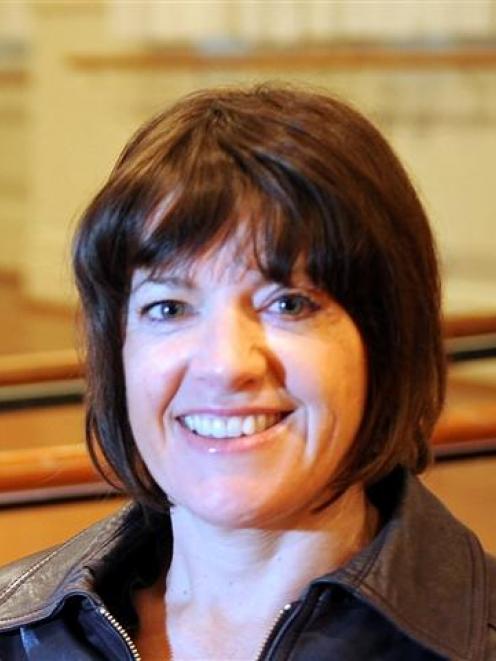 Suzanne Cowan.
Cowan lost the use of her legs at the age of 22 in 1990, in a car accident while on a working holiday in Canada. On her return to New Zealand, she finished her degree in history at Canterbury University and worked for television as a reporter-director on a programme about people with disabilities.

But a new door opened with gusto when she saw a performance by Touch Compass Dance Company in 1999. The mixed-ability Auckland dance group includes dancers with disabilities as well as able-bodied dancers.

She had learnt ballet and modern dance as a child and although she had been more interested in going to the gym and skiing as a teenager, dance stays in the body, she says.

She did a show with Touch Compass, and a few months later got a job with Candoco, a British mixed-ability dance company.

She toured internationally with them for the next three and a-half years. Using a light, manoeuvrable wheelchair brings another dimension to dance, as it has its own specific momentum and its own performance life, she says.

More recently she has concentrated on dancing out of her chair in a style of dance known as contact improvisation. It was developed in the 1960s and '70s by American experimental dancer and choreographer Steve Paxton, and focuses on sharing weight with a dance partner and using gravity and the momentum of two bodies together to propel the movement, she says.

"In that sense, it's perfect for people with disabilities, because it's not specific to people with elitist bodies."

On her return to New Zealand she studied for a master's degree at Auckland University.

"It was a natural exploration, after performing around the world and being involved at the professional level. I had a lot of questions about the juxtaposition of dance and disability and what it meant and where it could go, and I was wanting to explore what it was all about," she says.

The growing demand from people with disabilities to participate fully in all aspects of life grew out of the civil rights movement in the 1960s and '70s. It crystallised at the University of California, Berkeley, where students with disabilities protested they did not want to live in hospitals and attend university. They wanted to live in the university like everyone else.

Participation in the arts was part of that, and it added another dimension and enriched it, as it brought a different perspective to the arts, Cowan says.

While on the six-month fellowship in Dunedin, she has been creating and directing a performance installation exploring the experiences of people with visual impairment.

Some of the performers have partial sight and each has a specific way of seeing or not seeing the world. She aims to translate those experiences into performance to expand other people's awareness and their sensory boundaries, she says.

Sighted people are so dominated by the visual, that other senses such as hearing, touch and smell are often undeveloped. A baby not only sees things, but also wants to touch, smell and taste them, but as we get older, we become so reliant on our visual sense as a way of assessing the world that we take a lot for granted without really experiencing it.

Expanding those sensory boundaries is something people with visual impairment can really bring to the sighted community, she says.

House of Memories is made up of seven performance installations exploring the experiences and memories of people with visual impairment in the rooms of a house.

They vary from a dance duet inspired by guiding techniques, ballroom dancing, a gestural solo by a partially sighted woman who has a passion for wool handling, slideshows and audio tracks exploring the relationships and capturing experiences of people who are losing their sight, the difficulty of making a cup of tea without vision, and finally a sound and textural maze through which the audience, blindfolded, will find their way. Performers are sighted, partially sighted and blind.


• See it
House of Memories is at 551 Castle St on July 2 and 3 with showings at 7pm, 8pm and 9pm. Bookings are essential as space is limited. Contact kathy.young@otago.ac.nz