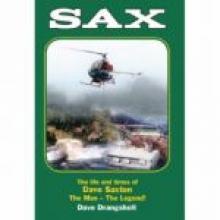 Drangsholt is a hunter-gatherer type and clearly fond of Saxton, his friend of 50 years. He is well-placed to relate a rollicking good yarn.

But when it comes to writing this story, Drangsholt has missed his target.

He wanted to give a "true picture of this man, Dave Saxton, to the world".

He wanted "to take you to the heart of the man who has achieved so much in his life".

If only Drangsholt had employed a ghost writer. If only he had had a stronger editor. If only he'd dropped the hero worship and just told the story from start to end.

The book's 23 chapters incoherently jolt their way around a world filled with headstrong, determined, law-unto-themselves people.

Frequent allusions to Saxton's convictions for greenstone theft are not addressed until the final chapter, which is the weakest part of the book.

Despite many editorial faults, Drangsholt has produced a 184-page book containing some interesting photographs and some colourful, amusing yarns.

"Sax" was launched to a sellout crowd at the Albert Town Tavern in November and will be welcomed into the libraries of those seeking to understand more about "wild west" characters. 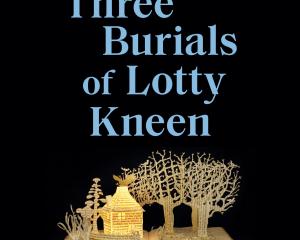