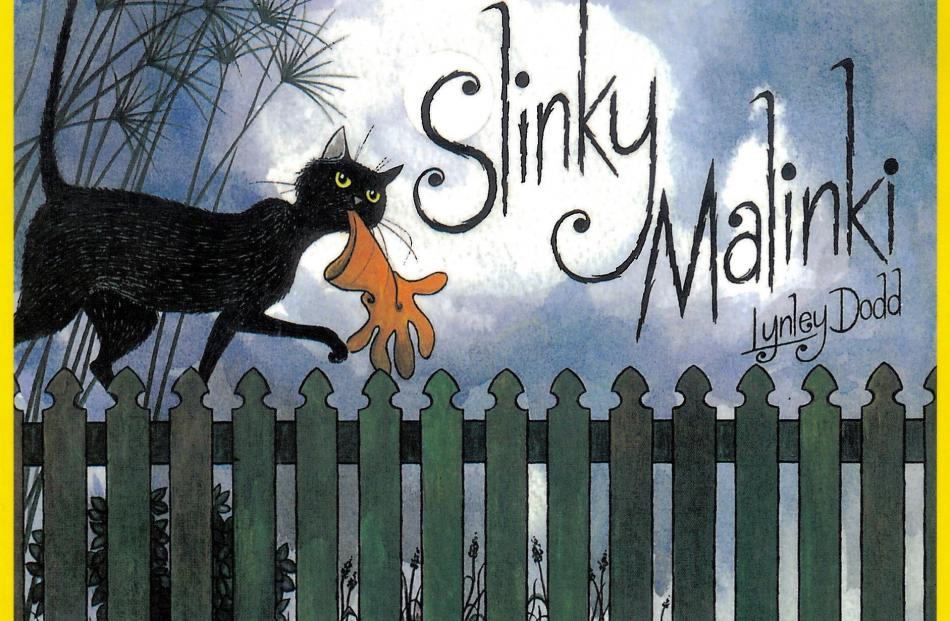 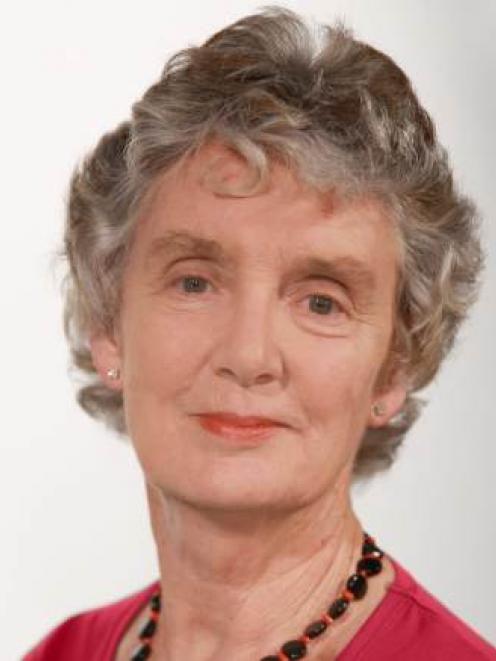 Lynley Dodd
What do you do with a cat who keeps popping up in your stories? Give him his own book of course, says author and illustrator Dame Lynley Dodd.

''A black cat turned up a lot in my earliest books, based on this crazy black cat of ours,'' Dodd says.

''And then, of course, he popped into [Hairy Maclary] Scattercat and once I'd gotten him in there he became Slinky Malinki. He just demanded to have a book and so he did.''

Slinky Malinki, published in 1990, follows ''the stalking and lurking adventurous cat'' as he goes on an impressive night-time stealing spree, collecting - among other things - ''slippers and sausages, biscuits, balloons, brushes and bandages, pencils and spoons''.

''Slinky's very real, because he really was our original cat,'' Dodd says.

''[Wooskit] was a gorgeous cat and a much-loved member of the household for 13 years. I think it's because of that connection that I like Slinky so much.''

Wooskit also provided the idea of a thieving cat, she says.

''[A friend] had come to have a cup of tea in the afternoon and she'd left the car window open and the meat in a packet on the seat. And Wooskit got in the door and ate all the meat. I was very embarrassed, as you can imagine.

''When I started seeing newspaper articles about the huge number of cats who steal things ... I sort of put two and two together really and thought, that's a jolly good story for Slinky Malinki. I'll do that.''

Dodd has written four more Slinky Malinki stories since, with most ideas coming from things that happened either with Wooskit or her current cat, Suu Kyi.

''Animals generally, even if they're fairly mundane ones, can provide you with very good ideas. And if you've got cats and dogs they can be a bit more intelligent and resourceful in what they do.''

''She always looked for and found the little decoration, which is a mouse with a hat. And I call it that in the book. I almost drew it exactly as it is. Even now she'll try and find it when the tree is up.

''I've had letters from children who say that their cat too pinches things off the Christmas tree and chases the tinsel all over the place. So that story has had a lot of feedback.''

As an illustrator, Dodd enjoyed the opportunities the Slinky stories gave her, such as the chance to paint with a night-time palette.

''Things like the silhouettes of the cats in a long line going through the catflap and the various ones arriving on the scene and all the hobnobbing cats on the wall ... They were ones I liked because they were a bit more successful artistically, if you like.''

The final scene in Catflaps, which shows Scarface Claw sneaking up on a row of contented cats basking in front of the fire, deliberately leaves the ending uncertain.

''I've often said when I've been reading that to children, 'What do you think's going to happen next?' and some of the kind children say 'Well he's just going to be allowed to come in and sleep with them on the floor' and other kids say there'll be a big fight. Or a big fright.''

These days Dodd, based in the countryside just outside Tauranga, focuses mainly on the business side of the Hairy Maclary and Friends brand, though she does miss writing her books.

''If I could, I'd probably choose to still do that. I've got book ideas, it's just a question of ever getting the chance to get on with it.

''It's a huge amount of work, although people think because it's a picture book and there are not many words therefore it's easy peasy. But it's not.

''I don't want to think I've written my last one ... Slinky, I think, will demand to have another book. He doesn't want Hairy to get too far ahead.

To celebrate Slinky's 25th birthday this month, Dodd will be visiting schools and giving public readings throughout Otago next week.

''Slinky thought that it was about time that he had the focus on him for a change because Hairy gets all the attention,'' she says.

Slinky doesn't need to feel too overshadowed. His stories are sold throughout the English-speaking world. Slinky Malinki has even been translated into Russian and is also going to be one of the stars at an Edinburgh Fringe festival show, Cat Tales, next month.

''So Slinky is being celebrated all over the place really, with that as well. He's going to get big-headed,'' says Dodd.