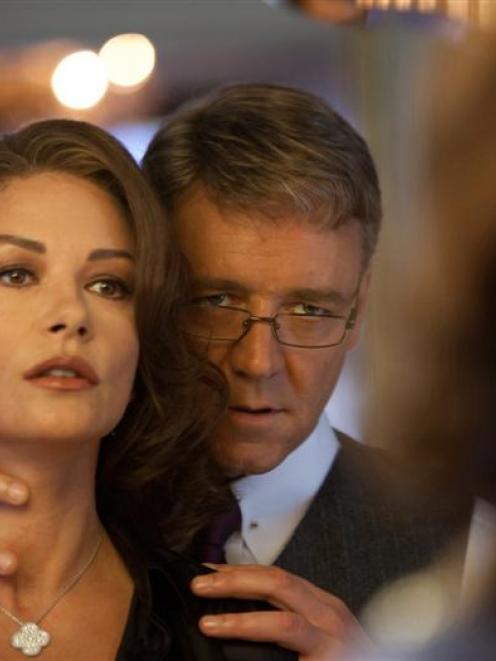 Broken City (Hoyts) is a formulaic movie desperate for greatness but not quite sure how to pull it off.

It has a good cast playing to their strengths without ever giving anyone an ''ah ha'' moment when you feel you know and understand a character.

For example, Russell Crowe plays Nicholas Hostetler, the corrupt but charismatic mayor of New York. Crowe has a great time twinkling out Hostetler's oily charm and you get why people vote for him. Yet Hostetler never quite comes alive. He is bad because every movie needs a baddie, not for any human reason.

The film's producer, Mark Wahlberg, plays Billy Taggart, an ex-cop turned private eye. Taggart may have a tragic back story but he is not much of a private eye. His bread and butter is hunting down adulterers and snapping them through bedroom windows.

No wonder he is a bit of a jerk. It is a life to make anyone liverish. The mayor calling him in to work a private case should be his big break but things quickly go wrong.

It is a pretty standard plot of the down on his luck private eye summoned to do the bidding of the rich and powerful and the more he digs the more dirt he finds on his employer. It served Humphrey Bogart well but Wahlberg is no Bogart.

Best thing: Watching Crowe and Jeffrey Wright, as the city's police commissioner, strike sparks off each other in a little acting duel.
Worst thing: Only an idiot would believe that a woman with a driver and a security detail who essentially work for her husband could be conducting a secret affair under their noses.
See it with: A hip flask. All the drinking on screen sure makes you thirsty.