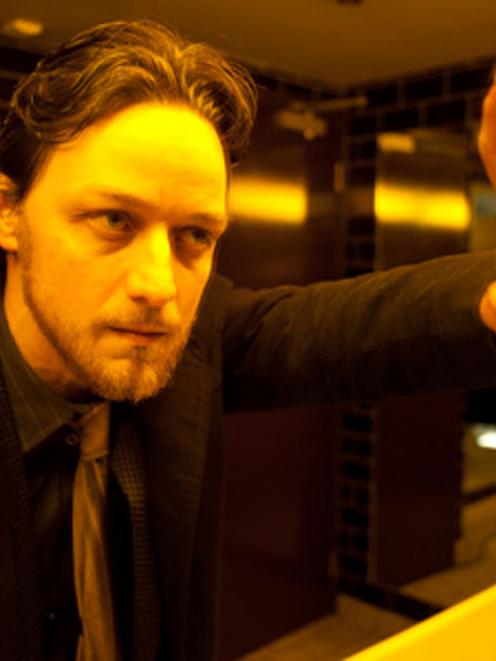 One of the producers of Filth was quoted in the Observer newspaper saying that casting James McAvoy in the lead was a bit of a coup, as ''the key to this film is making sure that you have a likable character''.

And he is pretty much on the money there, because the bent Scottish copper McAvoy plays brings little enough to the table in the likability stakes.

Indeed, advertising for the film describes him as a dirty, drug-abusing, manipulative, alcoholic pervert.

The film is an adaption of Irvine Welsh's 1998 novel Filth, regarded as one of the writer's ''darker books''. And his work is not exactly synonymous with sweet or light. So don't expect even the relieving capers of Trainspotting here, we have dived into a deeper, more fetid toilet for this one.

McAvoy's character, Bruce Robertson, is trying to win promotion to keep his wife happy - or so we are led to believe.

He'll stoop to anything, and any collateral damage is not his problem. Only, such an approach requires a certain amount of steel, and Robertson's casing is showing some cracks.

By the finish, there is scarce reason to have any empathy for McAvoy's character or his situation, yet he gets those expressive eyes working, moistening, leaking, and it is hard not to wish him some salvation. So the film's producer was probably right about his casting. Yet for the equation to really work, you also need a film that's likable too.

Best thing: A great supporting cast.
Worst thing: The lack of laughs.
See it with: An Irvine Welsh fan.