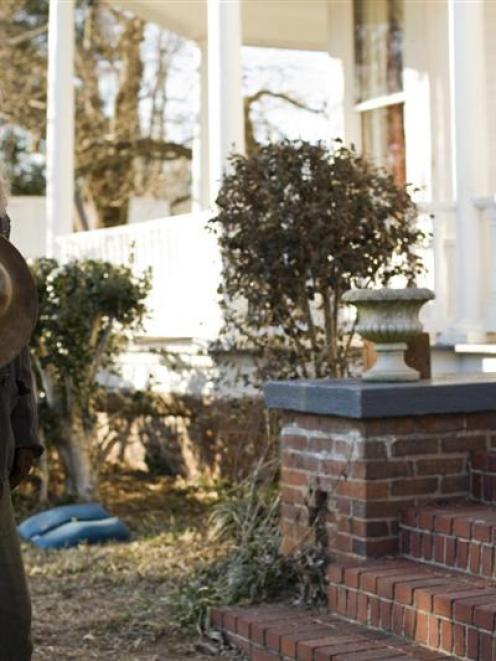 
In the twilight of his life, hermit Felix Bush sidles into town with a wad of notes. Felix (Robert Duvall) has a strange request: to stage his own funeral before dying. Overhearing stories spread about another hermit, he decides the time has come to clear the air regarding his own infamy.

Pitched as a fable or real-life legend, Get Low succeeds primarily because there is no burden of expectation. Free from the shackles of an adapted screenplay, the team behind Get Low explore 1930s life in the southwest through the eyes of a mysterious outsider.

With almost every crag of his face clad in grey whiskers, Duvall is nearly unrecognisable. What is more familiar is his masterful control of diction and movement.

Fortunately for Felix, he happens upon a funeral home run by Frank Quinn (Bill Murray), who agrees to stage the funeral. Murray performs to type but is still an inspired casting as an unscrupulous undertaker.

Sissey Spacek, too, is great as Mattie, a widow with the key to some of Felix's darkest secrets.

Helmed by cinematographer-turned-director Aaron Schneider, Get Low has colours similar to the Coen brothers' O Brother Where Art Thou. Fortunately, the saturated frames are not without substance. Get Low treads a fine line between humour, pastiche, and revisionist history with a wry nod to William Faulkner.

Worst thing: The fact that Robert Duvall didn't get an Oscar nomination.

See it with: A flask of Old Smoky Tennessee Moonshine.