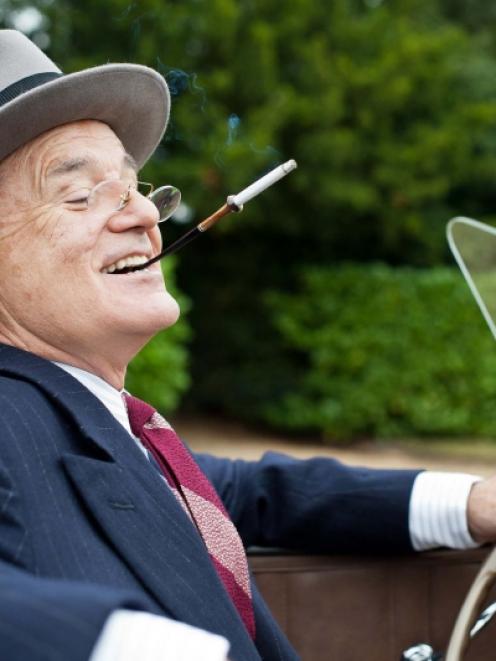 King George VI was never considered a particularly charismatic figure when he was alive but a strange thing has started to happen - the shy stuttering king has become box office.

We loved him as Colin Firth getting speech therapy, so recreating a weekend the King spent as the guest of American President Franklin D. Roosevelt (who was charismatic) should be dynamite.

Unfortunately, Hyde Park on Hudson (Rialto) shows this event through the viewpoint of FDR's fifth cousin Daisy (Laura Linley), the least interesting person in any room.

The first part of the movie is devoted to watching as Daisy and FDR become kissing cousins. Then King George (Samuel West) and Queen Elizabeth (Olivia Coleman) arrive as part of a charm offensive to persuade the Americans to pick the British over the Germans in the coming war.

The young royals have only just been crowned after all the unpleasantness with his brother and ''that'' American woman and they are understandably very nervous.

According to this film, FDR (Bill Murray) took a shine to the King, divining the good heart under the stutter. This could have been a winner but every time things get interesting we are jerked back to Daisy's dull fluttering heart.

Worst thing: They have misrepresented the character of Queen Elizabeth. She was a professional charmer unlikely to get the vapours over having to interact with coarse Americans - she had already been to Australia after all.

See it with: Night-vision goggles, as an extended sequence is shot under the inadequate light of a full moon.