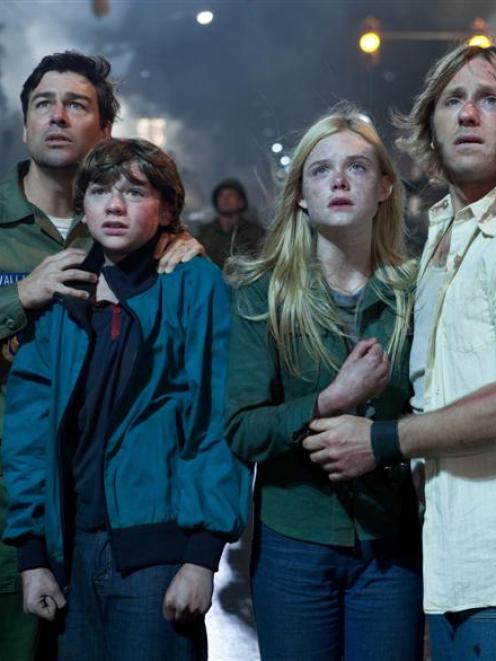 
J.J. Abrams has written and produced some of the biggest shows in the past decade but his two biggest credits are Lost and Cloverfield, both of which confused people and refused to let them get a good look at the monster.

You can see why people are wary when his name appears prominently on the advertising for Super 8 (Rialto and Hoyts). Is this yet another smoke-monster letdown? After a lot of teasing Abrams does let us see the monster and it is an impressive one.

The film is set in 1979 and based on a group of young teens making a Super 8 zombie movie in their summer vacation. They are filming at the town's derelict train station when they witness a spectacular train crash.

The director, Charles (Riley Griffiths), sees the crash as a free upgrade for his special effects but afterwards things start to get weird when the electricity, people and dogs go missing and the army turns up acting mysteriously.

If only the kids were less focused on finishing the film they might have started looking for answers sooner, but once they decide to start paying attention it does not take long for them to be in the middle of a full-scale hunt for a monster from outer space. Which is all good old-fashioned family fun.


Best thing: The solid old-time vibe that tells the story and lets those of us who were around in 1979 enjoy the joke.

Worst thing: This is such a Goonies homage it is no wonder they made Steven Spielberg a producer.

See it with: Fans of the original Goonies and their kids.