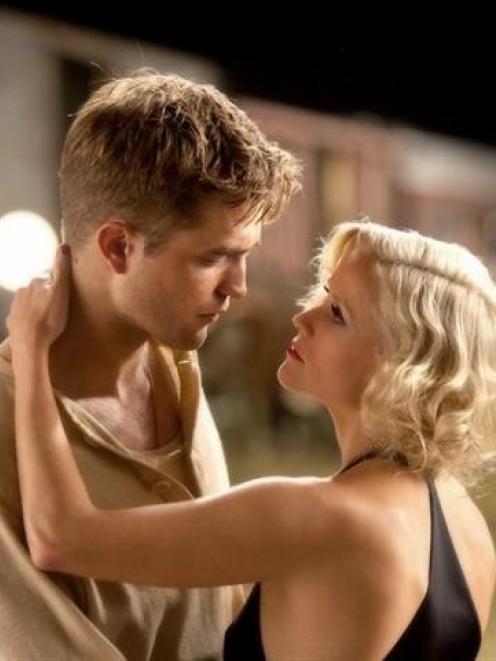 
Every story involves some sleight of hand by the narrator, usually involving fortuitous coincidences. Normally we go along with it: primed by intriguing setups and sympathetic characters, we want the entertaining experience.

I found myself furious and disbelieving within the first 10 minutes of Water for Elephants (Rialto and Hoyts). The story needs a young man with veterinary skills to join the circus so he immediately starts working with the big tent's leading lady as she develops a new animal act. How this is done is so clumsy and false that I balked.

Robert Pattinson as young Jacob Jankowski gives such a smirky performance I immediately took against him.

In fairness, none of the other people I watched this with seemed bothered by how unlikely it was.

As unhappy as I was, what really turned my stomach was the cruelty to the circus animals. I know it has historical truth but I do not appreciate cruelty to animals being used to add colour to a pallid romance between Pattinson and Reese Witherspoon as the circus glamour puss.


Best thing: With no opposition, Christoph Waltz, as August the cold-hearted circus ringmaster, steals every scene he is given.

Worst thing: Knowing no animals were harmed in the making of the movie did not make it less sickening and there was not enough payback with the rest of the film to make the nausea worth it.

See it with: Someone who has read the book and knows what they are in for.