More action but not so many stars 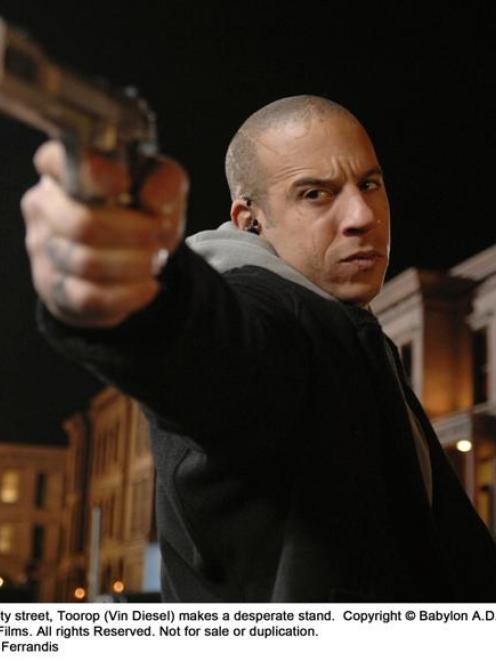 Vin Diesel in 'Babylon A. D.'
Where are the Errol Flynns, the Johnny Weissmullers, the Burt Lancasters, asks Michael Sragow, of the Baltimore Sun.

There was action man Vin Diesel on the hip talk show, trying to spin a funny-scary anecdote about a snowmobile nearly crushing him during a stunt for Babylon A. D., his DOA action film, and no-one was laughing or applauding.

The chuckles came only when the host compared him to Wile E. Coyote.

Then Diesel showed a clip from the movie, and you could see why he had the audience confused. The clip had nothing to do with that stunt: it was full of post-Matrix, follow-the-flying-projectile effects that had no pay-off except a major explosion.

Just a few years ago, after The Fast and the Furious, Hollywood columnists labelled Diesel the hip action hero for his multi-ethnic background and odd, generalised intensity. (I always thought of him as the poor man's Telly Savalas.)

The one place he fused physicality and personality was in the bald pate that could make him look like an improbably beefy human bullet.

That's why, for a media minute or two, he appeared to be the hot new star - the perfect anchor for movies that rose or fell based strictly on their speed and thump.

Even if Diesel had a more distinctive personality, it wouldn't have made him break through as an action hero the way he was supposed to - not in this digital day and age.

Take the colour of circus-like performance away from action movies - as so many contemporary films do, often in ponderous waves of pseudo-philosophy and self-importance - and you lose the pure, giddy joy that used to unify the audience.

These days what you get (quite literally in Death Race) is a Roman circus that sets up rigged contests for humans to be sacrificed in increasingly snide and horrific ways.

Death Race wastes the talent of Jason Statham, who in his Transporter movies and The Bank Job suggests he could be an old-fashioned action star on the level of Kirk Douglas, Burt Lancaster, Charles Bronson or Lee Marvin.

The potential greatness of Statham lies in his explosive capacity to be expressive and menacing when he's stock still, and full of emotion, even when he fights.

He doesn't need to be reduced to an action figure.

The shot of Batman gliding into nocturnal Hong Kong from a skyscraper might be impressive in The Dark Knight, but is it spine-tingling? Previous generations of movie fans could come away from escapist films giddy from the swordplay of Errol Flynn in The Adventures of Robin Hood, the bullet-pocked ballets of Jimmy Cagney in his gangster films, the acrobatics of Gene Kelly in The Three Musketeers or Lancaster in The Crimson Pirate, the fierce athleticism of Douglas in The Vikings and in Spartacus.

Watching Batman ride the wind currents with his cape, you feel a moment's awe at the imagery.

But you're never driven to ask, "How did he do that?" - partly because we know how many different ways moviemakers could do that for him.

It wasn't too long ago that movie companies would scour the ranks of Olympic medal-winners to see if they'd make it in the movies the way Johnny Weissmuller did as Tarzan.

There's no longer that sort of signing frenzy.

What niche would it feed? Most of the commercial A-list directors want action films to be their visions with virtual or virtualised actors and athletes as their tools.

Arnold Schwarzenegger was a champion body-builder, not an Olympic star, but he was the last to bring some major off-screen athletic aura into smash-hit movies.

Chuck Norris and Jean-Claude Van Damme developed their own audiences, but they were limited. And Sylvester Stallone, with his one-time reputation as a gifted actor-writer-director (for the first Rocky alone), turned himself into an action star through doggedness.

Way up on the artistic scale, in the tradition of the late Bruce Lee, Jackie Chan and Jet Li united emotional and physical oomph in their martial-arts films - they are, respectively, the great comedian and tragedian of chop-socky.

But they're ageing fast; The Forbidden Kingdom feels like a sweet send-off.

Action stars used to have personality as well as physicality: Flynn's youthful bravado and impudence, Cagney's alertness and swagger, the beaming confidence of Kelly and Lancaster, the magnetic discontent of Douglas.

And they gained a special gritty majesty from their utter credibility as men of action.

Hilariously, the history of comic-book superheroes on page or screen starts with Douglas Fairbanks snr, a star who made it a public point of honour to do his own stunts.

Even before he played Robin Hood or D'Artagnan, Fairbanks established a 20th-century character that audiences knew as "Doug", a virile blithe spirit puncturing the banality of office routines and uptight social politesse.

He had his own way of turning a set into a circus ring for comic-dramatic calisthenics and making his jumps over buffets or banisters seem ticklish and spontaneous.

A walk upstairs on his hands, a pull-up on the rim of a balcony, a leap over a wall: These were his stock-in-trade.

The opposite of a baggy-pants comic, Fairbanks was an impeccably turned-out comedian, and his targets were both boorishness and foppishness.

He not only inspired stars like Cary Grant and Jackie Chan, but also the creators of Superman and Batman. Indeed, the history of comic-book superheroes starts with Fairbanks' Zorro.

He even inspired musical stars like Kelly and musical directors and choreographers like Stanley Donen and Michael Kidd, who did Seven Brides for Seven Brothers.

Watching that movie's famous dance-off on make-shift balance beams the other night, I thought of Fairbanks and the gymnastic events at the summer Olympics.

Some contemporary actors and directors do revive the old glory.

When George Lucas and Steven Spielberg set out to revisit the Indiana Jones series, they were determined to bring even the special-effects scenes a sense of human exertion, and in Harrison Ford they had (and have always had) the right actor to get exercised physically and histrionically, with humour and style.

And Daniel Craig, as the new, human-scale James Bond, and Matt Damon, as the anti-Bond, Jason Bourne, have scored ripsnorting successes.

But without a general change in mindset, these stalwarts might become the last remaining action stars. 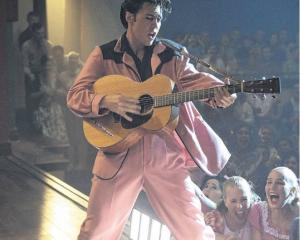