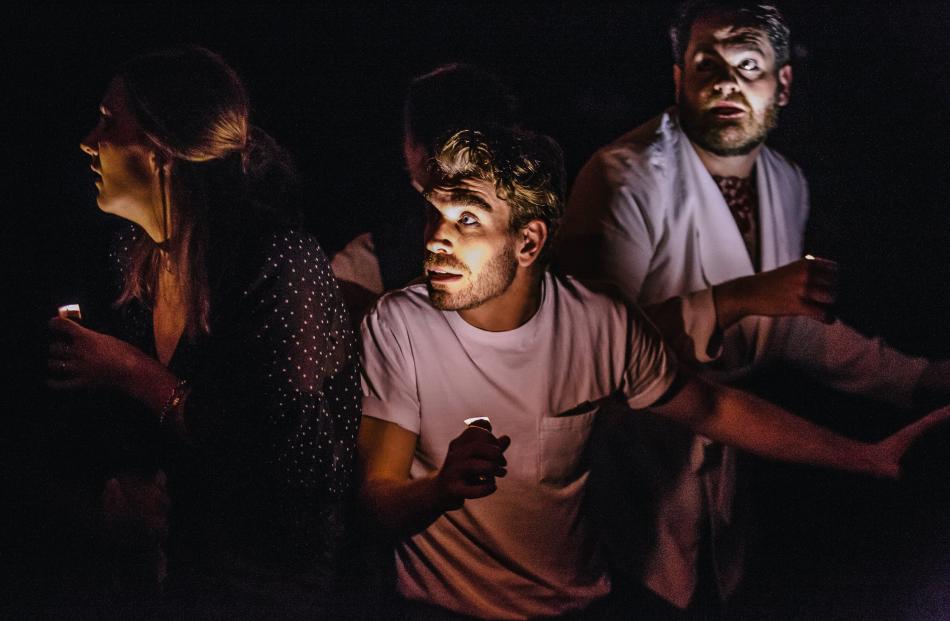 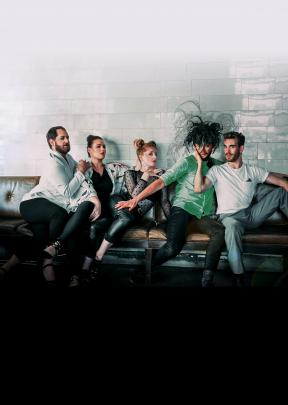 The last time Dunedin audiences saw Jack Buchanan in action he was in over his head as Bertie in Jeeves and Wooster at the Fortune Theatre. He tells Rebecca Fox his latest role is even more madcap. 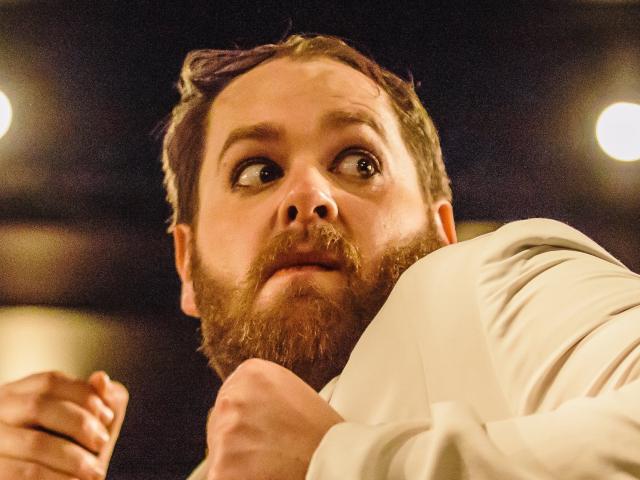 ''To celebrate ... those things inside us that we kind of hate about ourselves a little bit,'' the Auckland actor says.

(An Awfully Big Adventure, Don Juan), and Comfrey Sanders (Don Juan) aim to encourage people to recapture their childhood sense of make-believe in their latest production, Jekyll and Hyde.

''A man so evil he punches the cleaning lady, drop-kicks a precious kereru and yells 'Shark!' at the beach,'' says the play preview.

''Jekyll is the man who washes and separates his recycling before putting it out.''

Buchanan plays one of the ''very famous'' French theatre company members who are retelling the story.

''We vacillate wildly between the mythic and epic tale of Jekyll and Dr Hyde set in Victorian London and our own very domestic lives.

''We bring the audience into the theatre and retell the story with them.

''My character, Bastien, the Frenchman, he will end up playing at different times

''We are all swapping and changing. Also the audience will get to play some of those characters if they want to. It's very gentle and consensual; very fun.''

The words ''audience participation'' often scare people away, but Buchanan has found audiences, especially in smaller centres, enjoy it and are quick to get on board.

''We've had amazing responses to be honest. The pre-show and the first 10 minutes of the show is designed to make people comfortable with us, make them feel a bit naughty, a bit playful and feel comfortable doing things they normally wouldn't want to do.

It also adds another level of challenge for the actors as it makes the show different each time.

''It's really joyful for us to do because when you are inviting people to be involved, you never quite know what you are going to get from them or how they're going to do it.

''Sometimes what they'll say or how they'll do something is so surprising or so delightful that there is room in the show for us to improvise and riff off.

''If something is really exciting, we can follow that for a bit before carrying on with the show. It's a really lovely thing to be part of.''

The show was devised two and a-half years ago by the company and premiered in Wellington last year.

''I will have to take full responsibility for any reactions people might have.''

It came about after the success of the company's previous work, Don Juan, which won an excellence award and people's choice at the Auckland Theatre Awards in 2016 for the retelling of that legend. It was performed in Dunedin last year.

The company's focus on removing the barriers between the audience and performers as well as revelling in the silliness of their stories has won plenty of fans, with former Metro magazine editor Simon Wilson saying it was ''so ... funny I almost died laughing'' after attending Don Juan.

Buchanan believes the concept - where the actors take on French personas to tell the stories - is a response to New Zealand.

''Being the French lets us do these things that we would never be able to do - flirt with people and talk to them in a way you can't in your every-day life.

At the core of Jekyll and Hyde is a man who desperately wants to be good and does his best to be a fine outstanding man, he says.

''But inside he still has these base urges and wants to do all this horrible stuff that he doesn't allow himself to do and it bursts out in icky messy ways.''

That led the cast to question what ''darkness'' was in themselves.

''Sometimes, it's as stupid as yelling at a cyclist when you're driving or getting mad at the supermarket when the person in front of you can't work the self-scan machine and you start swearing at them inside your head.''

He thinks the audience finds it freeing to talk about those things in a way that is not negative, especially given the cast are quite open about how ridiculous their lives are.

''It's lovely what people bring to that, what they will show you, that they would not allow to show in the normal day-to-day world.''

Buchanan has a penchant for theatrical comedy, as he likes the connection with the audience.

''In a comedy, you're with the audience in a really different way. You can feed off their energy and involve them in a way you can't in a traditional drama.

''In Jeeves and Wooster you could directly address the audience, they were right there. I could look them in the eye and respond.

''You get to have a rowdy extra character in the room.''

Buchanan is also known for his satirical web-series Flat Race.

The cast of Jekyll and Hyde arrive in Dunedin at the end of their tour to perform at Allen Hall, a new venue for Buchanan and an ''intimate'' one which he says will work well for the show.

''We're really looking forward to coming back to Dunedin and having a little stint there.

''Dunedin will really like this show. It's very silly, very naughty and gives you a chance to play.''