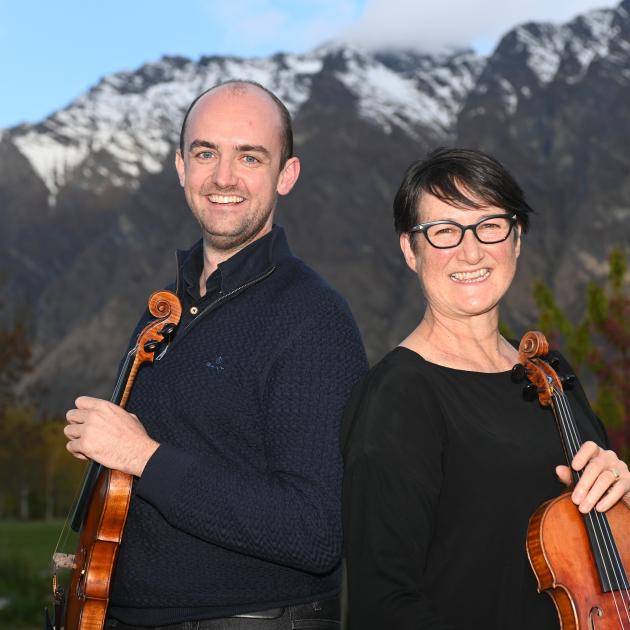 As the last notes of a Felix Mendelssohn String Quartet ring out, New Zealand’s latest chamber music festival will have begun.

It is a long-held dream of Cormack and Baker who first met during a Michael Hill International Violin competition - she was judge, he competitor. They met again at a later competition where they played together.

‘‘We really enjoyed playing together and discovered we both had a similar dream for creating a chamber music festival in the Central Otago area.’’

The more they talked about it, the more they realised their hopes aligned so decided to do it together.

As a New Zealand-based musician, Cormack, a founding member of the NZTrio, has the local contacts and as a London-based performer who works across Europe, Baker had many northern European contacts, so the idea of a international chamber music festival in New Zealand began to develop.

They decided their first festival would centre on the great talent in New Zealand and they would build from that in the future as well as bring emerging artists alongside to gain experience.

‘‘The two strands are important to us,’’ Cormack says.

Unfortunately Covid came along. Wellington-born Baker says while they are both optimistic people they soon realised holding their first festival in September 2020 was ‘‘not the best idea’’.

But they determined that 2021 it could go ahead and have plans in place for performances in Level 2.

For Cormack, New Zealand Symphony Orchestra sub-principal first-violin in the 1990s and Auckland Philharmonia concertmaster from 2000-2004, the festival is a long time coming for the Central and Lakes Districts in Otago. She has always been perplexed that there are not more cultural options available in the Central and Lakes district, especially Queenstown.

‘‘Wanaka and Cromwell do have some offerings but Queenstown is really lacking. We wanted to make an impact on that for the sake of the community, to help build a art and cultural scene in Queenstown.

‘‘It’s such a natural place for a festival, as it’s a place people come to and eventually will be a place international people return to.’’ 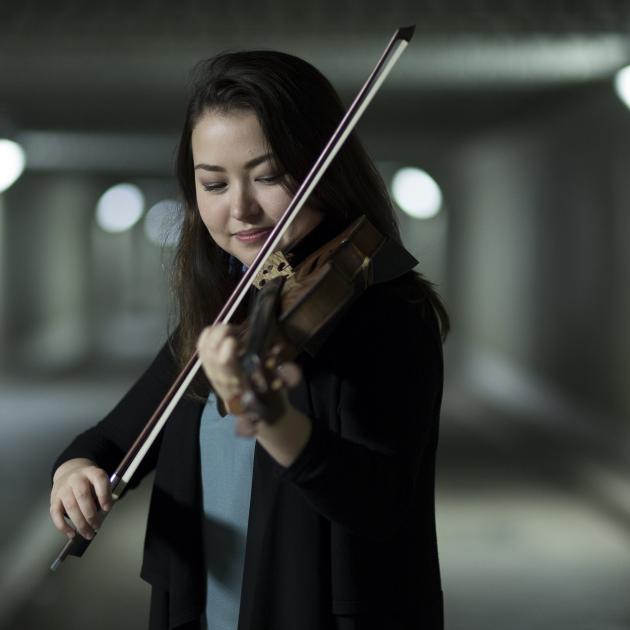 A new work by Salina Fisher is inspired by the Clutha River, Mata-au. PHOTO: SUPPLIED
The landscape will play a big part in the festival, having inspired the music choices for the three concerts and the choice of composer in residence, Salina Fisher.

‘‘What we are trying to do is integrate music with the experience of the landscape. So as you travel around it is part of the process.’’

They hope many of the audience will travel to see all three concerts, which also feature New Zealand viola players Gillian Ansell and Alex McFarlane, cellists Andrew Joyce and Alexandra Partridge, pianist Dierdre Irons and United Kingdom-Estonia violinist Marike Kruup, so they can experience that journey in the music.

Cormack says they have also been committed to playing in venues with ‘‘beautiful acoustics’’ to further enhance the experience, such as the Cloudy Bay Shed.

In Queenstown they will play at the Memorial Centre but instead of being on stage will perform on the wooden floor of the centre, which amplifies sound.

The venues all allow that more personal experience of a chamber music performance with musicians closer to the audience.

‘‘Chamber music is all about how connected you are to the audience — it will be an up close and personal experience.’’

Baker says the programme itself is inspired by the triangle of the three communities which are all connected by a waterway in a way which is echoed by the close circle of friends Robert Schumann, Johannes Brahms, Felix Mendelssohn and Clara Wieck.

‘‘Every work in the festival is connected in some form. It is a very personal programme to us. It felt right and every work we love dearly and are looking forward to playing.’’

The other side of the programme is work composed by Wellington-based Fisher who has been commissioned to write a piece for the festival.

Her work will also be featured in each of the concerts.

Fisher, a teaching fellow in composition at Victoria University, is also a violinist, which came in handy when composing the piece for the festival.

The piece, Mata-au, is named for the Clutha River which is a significant waterway for the region.

As part-Japanese, Fisher also realised the name has a Japanese meaning ‘‘until we meet again’’.

‘‘I thought that was quite beautiful because of the way the river connects places and people. So I had some rich inspiration for me with this piece and I’m looking forward to it coming to life soon.’’

‘‘I don’t know if this is a new direction for me or it’s just this piece. It has a rhythmic drive about it, which is not something I’ve done much before but it seemed to fit with the forward moving flow of the river in a way that I did not feel I could explore without that element in it.

‘‘It’s stretched me with my composition.’’

Being able to play violin meant she was able to record herself playing different parts of the piece to hear what it sounded like.

‘‘I prefer to take this extra step if I can. While I don’t play viola or cello I can work around that. It helps me get a really clear picture of what it sounds like and feels like to play and how the music unfolds over time.’’

While she could imagine how the different parts sound, having the ability to play it gave her that extra security which she did not have when composing for an orchestra.

‘‘I don’t know what it will sound like until the first rehearsal. With this piece I have an idea.’’

Inspired by a piano teacher to approach music and sound in a more creative way when younger, Fisher has been writing her own music since she was young, often inspired by Japanese culture, collaborations with other artists and the New Zealand environment.

‘‘I continue to enjoy the challenge of it.’’

She studied violin alongside composition at the New Zealand School of Music in Wellington before doing her master’s in New York, at the Manhattan School of Music.

‘‘I’ve focused on composition the last few years but I like to keep up performing. I really miss it when I don’t. It’s been a big part of my life right from the beginning.’’

Her first instrument was the piano and she has continued to play over the years. She will play one of her own pieces in the festival, due to the programme having to be adjusted slightly due to the impact of Covid restrictions. In another change, her string quartet Silhouettes will be premiered for the first time in New Zealand.

‘‘I’m excited about that as I wasn’t going to perform.’’

Having grown up in Christchurch and spent time in the Central and Lakes district over the years it was also meaningful to be involved in the festival, she says.

‘‘I started my year there this year.’’

For Baker the festival is also a way to show international musicians the beauty and talent of New Zealand as well as a way to connect with young musicians and help them follow their dreams.

That part of the festival is important to Baker, as he wants to give back to the country he loves, even though he was 8 years old when he received a scholarship to study violin at the Yehudi Menuhin School in the United Kingdom, spurred on by meeting his then idol violinist Nigel Kennedy.

‘‘New Zealand’s young musicians are some of the best and brightest in the world.’’

The festival this year will mentor Wellington quartet Ravelation, the 2020 winners of the NZCT Chamber Music Contest. Covid restrictions meant Auckland-based Viereingkeit, recent winner of the 2021 Royal Overseas League Pettman Scholarship, will not be able to participate in the festival but they hope to offer some mentorship in the future.