Finding a way to make connections 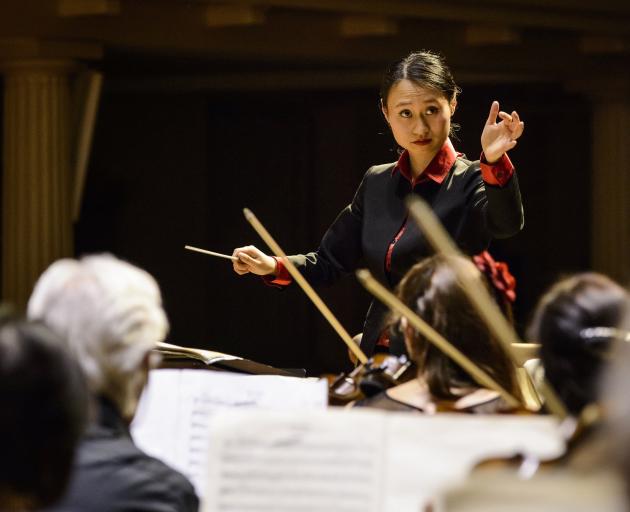 Tianyi Lu in action conducting the Bristol Metropolitan Orchestra. Photo: Adrian Malloch Photography
Tianyi Lu is a rare sight in the orchestral pit — a female conductor. In Dunedin to conduct the Dunedin Symphony Orchestra for the first time she talks to Rebecca Fox about feminism, leadership and connecting.

Being a ''little bit of a diva'' at heart has helped Chinese-born New Zealand conductor Tianyi Lu find her place in the male-dominated world of conducting.

''As a child I was always getting my relatives to sit down and watch while I sang and danced. I've always enjoyed performing.''

But it is a career that came about almost by accident. 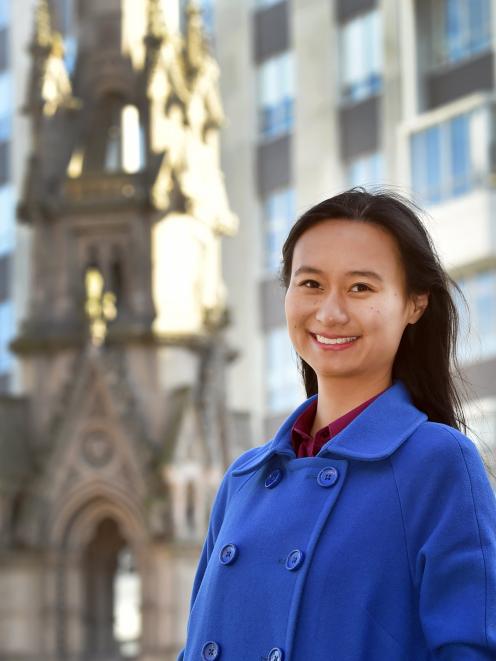 Conductor Tianyi Lu takes a look around Dunedin. Photo: Peter McIntosh
Growing up, Lu was interested in writing her own music and playing the flute. Her first experience at conducting was at the suggestion of her high school music teacher.

Even though that performance won the group an award and she loved the experience, it never crossed her mind that it was something she could make a career out of.

''I'd never seen a female orchestral conductor before. Strange, wasn't it? Unconscious bias, I guess.''

It was not until she was taken aside at a beginners workshop by Auckland Philharmonia music director Eckehard Stierat, who told her she had the talent to conduct for a living and offered her private lessons, that she began to think seriously about it.

''I thought is he serious? He's European so he knows the market. I was this young naive Kiwi. I couldn't sleep for days, I was so excited - I've never looked back. I was 19. That was 10 years ago.''

Even though she has been studying and practising as a conductor for 10 years, she describes herself as a ''baby''.

''It's such a complex art form. Great conductors are over 50. You start getting good when you're 50, basically. You need a whole lifetime to do it well. So much of it is psychology, the life experience, how to bring the best out in people.''

That is what she finds the most fascinating and satisfying about conducting - how it is about helping people achieve their potential.

''It is what got me into it. Combining separate parts to make a whole that is greater than a sum of its parts.''

She arrived in Dunedin earlier this week after stints in Amsterdam and Wales, where she was the first female conductor in residence of the Welsh National Opera.

Lu, now assistant conductor of the Melbourne Symphony Orchestra, has fond memories of Dunedin, having visited with family, sung in the Big Sing as a high school pupil and worked with Opera Otago on The Magic Flute.

She is excited about performing for the first time with the Dunedin Symphony Orchestra and with pianist Michael Houstoun.

''He's always been a legend. I've grown up listening to his performances ... but I've never got to meet him. I'm so glad to have caught him before he retires.''

Another reason the concert is special is that it will be the first time she has conducted Richard Strauss' Aus Italien.

''He's one of the greatest composers. While Mahler is my idol, he and Strauss were very close friends, although very different in many ways.''

Also on the programme is Brahms' Academic Festival Overture and Lu likes the connection Brahms had with Strauss.

''He recommended to Strauss to go to Italy as a young man to experience the culture. It was like a rite of passage for young educated men then, like the OE equivalent.''

Italy made a huge impression on Strauss, leading to Aus Italien, a little-known early piece by the German composer.

''It's a really cool work and I'm really looking forward to sharing it with the audience.''

For Lu, there are no laptops to learn her scores from - she prefers hard copies. Even if it meant carting 15kg of scores across the world to Wales.

Lu said it was important for her to learn the scores, so they ''become part of your DNA'' and were embedded in the subconscious. It required a lot of reading, researching and listening.

But her work is not confined to learning the scores. She is also very passionate about learning about herself and developing her leadership skills.

She has worked with a therapist in Melbourne to learn more about the psychology of leadership.

''I'm constantly working on myself. As I get older, I push boundaries but still need to be true to myself.''

She believes she can read a room quite well and does whatever is needed to connect with those she works with.

''I think of myself as an enabler of others.''

Music to Lu is connection, ''a living thing'', the one thing she believes all humans crave.

''Connections with ourselves, with each other, with nature, with the universe. To be able to connect with these works is about spending time with them.''

After graduating from Auckland, she moved to Australia to study under John Hopkins at the University of Melbourne.

Hopkins, who was 87 when she studied with him, imparted many lessons about conducting and about life.

''He said the most important quality of a conductor is humility. You are a servant to the music and the musicians.''

Nervousness, he said, was a sign of ego getting in the way. So rather than thinking about their own performance, a conductor must think of helping others do their best.

''I have thought of those words many times and they have really helped me overcome challenges in my life.''

While some women may be reluctant to talk about being a female in a male-dominated industry, Lu believes it is important to raise the issue.

''At the end of the day, I feel confident in my own journey and whether I'm a woman or not is not so relevant anymore.

''It only poses a problem when there is a problem and it's about how you handle it. There will always be challenges.''

When she began, she was often the only female in a masterclass and it was hard to find female role models.

Things are changing now, with a new generation of young conductors, such as Dunedin's Holly Matheson, performing on the world stage.

Lu's recent appointment in Wales raised some eyebrows because of its title - ''female'' conductor in residence - but Lu saw it as an opportunity.

''We've still got a long way to go, but conversations are being had and I feel very privileged to be living in a time where I can take advantage.''

Lu's advice to other young women looking at conducting as a career: ''It's not easy but do it anyway. Find your support network, look after yourself and find role models.''

She says her friends are often exasperated at her talk of ''feminism'' but believes women need to continually challenge what is acceptable.

''It's a game with potential dangers and big consequences.'' 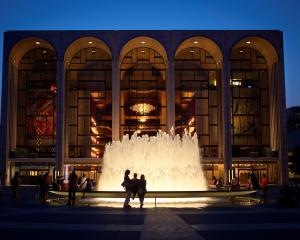