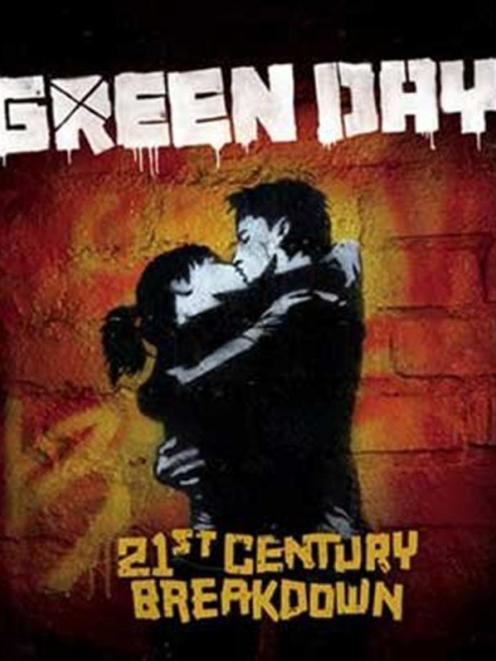 Yet it worked. American Idiot was a critical smash and commercial blockbuster that stands as one of the great, galvanising albums of the new millennium. (As galvanising as an album with an antiwar bent can be in this increasingly polarised world, anyway.)Now comes its successor, 21st Century Breakdown, an ambitious, righteous rock opera about . . . still living with war, etc.

But it isn't so much of an ain't-broke-don't-fix-it musical gambit as it is the work of a band that has clearly decided there's much, much more to be said about the state of the union, which apparently still isn't quite right.

Thus, 21st Century Breakdown is an American Idiot sorta-sequel that's every bit as potent as the original, even if the story at the heart of the song cycle doesn't always track.

It's a nonlinear narrative in three acts about Gloria and Christian, two (relatively) young adults who are trying to make sense of post-September 11 America, which appears to be a rather inhospitable place.

Their leaders - political, familial, religious, business and otherwise - have left them feeling disenfranchised and despairing, with pessimism prevailing over Obama-era hope.

Not for nothing is the album's penultimate track titled American Eulogy.

"We are the desperate in the decline/Raised by the bastards of 1969," Billie Joe Armstrong sneers in the title track. (Armstrong, the band's singer-guitarist-songwriter, was born in 1972, as were drummer Tre Cool and bassist Mike Dirnt. But '72 doesn't rhyme with "decline", so . . .)

Gloria, the idealist, and Christian, the nihilist, are broken, bitter and basically alone, though they have each other.

That, and their outrage, as in fist-pumping lead single Know Your Enemy, in which Armstrong sings: "Violence is an energy/Well, silence is the enemy/So gimme gimme revolution!"

The album plays something like a state-of-m-m-m-my-generation speech, set to music that frequently harks back to somebody else's generation: 21st Century Breakdown's grandiose stadium-rock sound borrows heavily from the 20th century, specifically the 1970s and the likes of Mott the Hoople, Queen, the Who and Electric Light Orchestra.

Green Day's own signature sound is in the mix as well, with abundant power chords, bright harmonies and big pop hooks.

But the whole album tends to sound super-slick, even by the band's commercially accessible standards.

That's because it has been produced to within an inch of its life by Butch Vig, who has had a little bit of success with that style (Nirvana's 8 Smashing Pumpkins' Siamese Dream, Garbage's Garbage).

The Beatles are another data point here, specifically John Lennon, whom Armstrong channels in Last Night on Earth, a tender piano ballad in which he dabbles in falsetto.

In the title track, Armstrong also references Lennon lyrically, singing: "My generation is zero/ I never made it as a working-class hero."

The titular mini-epic is one of the album's standouts, a serious-statement song featuring an ADD-afflicted arrangement and two perfect time changes, with Cheap Trick power pop up-shifting to a couple of roaring shanty-punk stanzas before the band slams on the brakes and hails the very same ideas Queen used decades ago on Bohemian Rhapsody.

Here, though, Armstrong isn't delivering anything like a bohemian message, singing: "Oh scream, America scream/ Believe what you see from heroes and cons?"The album is full of questions, but not many answers, and it concludes with Christian and Gloria still lost in the wilderness, Armstrong singing: "I just want to see the light/ I need to know what's worth the fight."

So serious, these kids today.