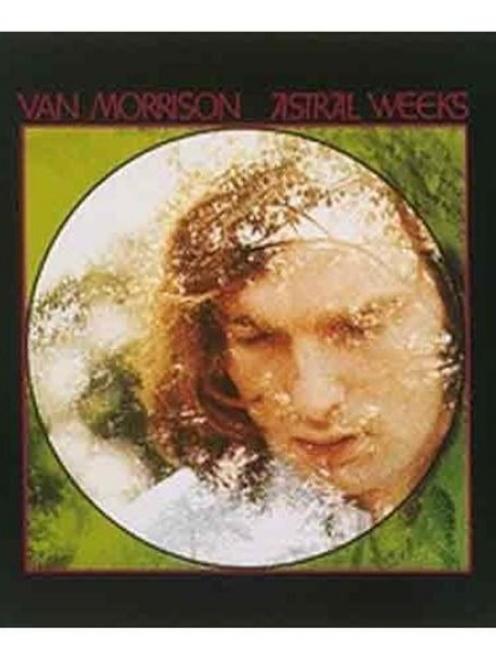 One of the conundrums facing anyone who makes music for a living is that live music frequently isn't. Truly alive, that is.

The reality of mounting a major concert tour is that it requires intensive rehearsals and meticulous planning of sound, lighting and staging effects, often leaving music itself as just another element of a tightly organised script that's repeated night in and night out with little room for deviation.

Some artists, of course, make an art out of veering from the script mentality.

Bob Dylan, Neil Young and Bruce Springsteen hold court atop the list of rockers who strive for liberation with every performance.

Jazz as a genre also counts spontaneity among its core values, just as gospel at its most inspired seeks something higher through performance.

You could hear Van Morrison drawing on all three traditions when he performed his 1968 album Astral Weeks live for the first time in November at the Hollywood Bowl in Los Angeles, transcendent concerts preserved faithfully in Astral Weeks Live, which will be released on February 10 on Morrison's new Listen to the Lion record label.

Because of the largely ecstatic response to those performances, Morrison has decided to do two more Astral Weeks shows on February 27 and 28 at Madison Square Garden in New York.

The two Bowl shows came after only one rehearsal of the Astral Weeks material, which blended jazz, folk, rock, soul and Irish traditional music elements into one of the most revered albums in pop music history.

"It was pure magic for me," Morrison told the Los Angeles Times in an interview conducted by email.

"I really had no expectations prior to the show. We had one rehearsal and some magic wand must have been waved, because I felt it - I felt the current of magic, the power.

"It was more than I could have hoped for."

Rather than re-creating the album precisely, Morrison used it as a springboard to music in and of the moment, stretching phrases with his signature melismatic vocals, altering lyrics, shifting the song order and allowing the players around him to feed off one another.

From the first notes of the defining run-up, run-down bass line of the song Astral Weeks, the live version becomes something new entirely, making it even clearer why Morrison said he always had envisioned presenting this set of poetically evocative ruminations live with a full orchestra.

He turns the word Caledonia into a mantra as that first song unfolds, spontaneously interpolating new lyrics including the phrase "I believe I've transcended", which he repeats like a gospel preacher on fire.

The audience cheers, as if offering a collective "Amen". In revamping the song sequence from the album, what had been separate jazz waltz-tempo numbers, Sweet Thing and The Way Young Lovers Do now merge and further build on each other.

And upon completing the original batch of songs with Madame George, he encored with Listen to the Lion, from 1972's St. Dominic's Preview, and Common One, the title track of his 1980 album, both included on the live album.

"There was an alchemy that took place," Morrison noted.

"I could feel it, and other people tell me they could literally see it occurring. I thought it was just going on within me. But apparently I was not alone."

"I wanted to tell people at the end these songs are a `train of thought' and leave it at that. I think Lion is a song that is all me, as well, so I ended with that.

"It's a song I guess about me - probably the only one about me. The second bit I do on the harp is 'the lion speaks'.

"If you listen to that, I am playing as if the lion is trying to speak with no voice. He only has his soul and I think - I hope - that came across.

"It's about getting out of one's way so the soul can be heard, I suppose. The lion speaks . . .I decided to end the show on a spiritual note."

He said that whether the audience senses that spirituality or not is almost incidental.

"I do not consciously aim to take the listener anywhere," Morrison said.

"If anything, I aim to take myself there in my music. If the listener catches the wavelength of what I am saying or singing, or gets whatever point whatever line means to them, then I guess as a writer I may have done a day's work.

"During the Astral Weeks live in Hollywood performances, that emotionality, transcendence and tangible alchemy was 100% organic and grew itself spontaneously . . . ," he continued.

"I think God must have wanted it to happen - my higher-power instinct - I am not sure, but it was not a conscious effort. It was a matter of getting back to doing 'me' - what I like, what comes naturally from me when I have an interest in what I am creating."