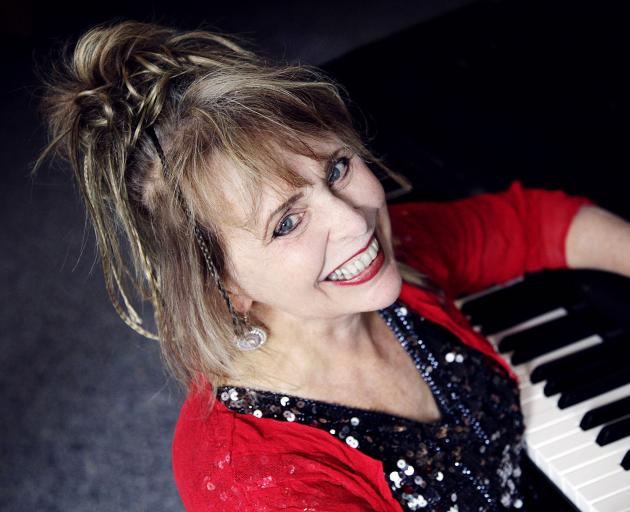 Jan Preston is passionate about pianos. Photos: Supplied
There are not many genres of piano music Jan Preston has not attempted. The Australian-based Kiwi pianist tells Rebecca Fox about her love for the piano and her home country.

It is diversification that has allowed to her continue performing, playing her first love, the piano, and make a living.

Preston has not followed a traditional route for a classically trained pianist.

Growing up in Greymouth with sister Gaylene (now a Dame for her services to film-making, it is pointed out. ''We're terribly proud of'') Preston started playing piano when about 5 years old. 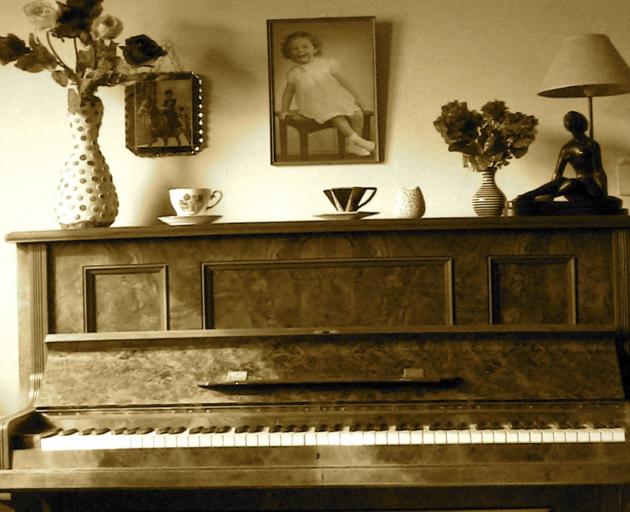 The Preston family piano on which Jan learnt to play.
But it was hearing pianist Winefred Attwel play boogie-woogie and ragtime that really made an impression.

''She was one of the first non-classical pianists I heard.''

But back in the 1950s the only way to learn piano was to learn classical music, so she did.

After completing her classical music degree in Auckland she moved to Wellington where she became involved in cabaret with Red Mole - an independent political satirical theatre group in the 1970s - which played in a strip joint in Cuba St.

''I had a lot of opportunity then to explore different styles. I was thrown in and had to work it out.

''It was there I left classical music behind.'' 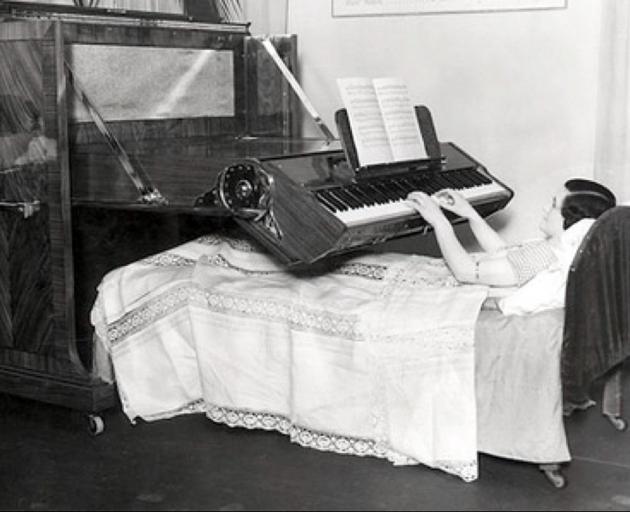 One of Jan Preston’s favourite photographs — a German bed piano.
It was while playing with Red Mole she met Midge Marsden and his band and was invited to play with them.

''I had no idea what I was doing. I'm enormously grateful to Midge and Neil [Hannan] for their help and support.''

Through them she met other rock musicians and then moved to Auckland where she started Coup D'Etat with Harry Lyon, previously (and subsequently) of Hello Sailor, and Neil Hannan of Red Mole, and drummer Paul Dunningham.

The group had a top-10 hit with Doctor I Like Your Medicine, which won Single of the Year at the 1981 New Zealand Music Awards.

Then, like many New Zealand musicians of the time with a bit of success under their belts (Dragon, Mi-Sex), she headed to Australia, basing herself, like them, in Sydney.

Preston knew she had to branch out if she wanted to continue to play and pay the bills.

''I love playing boogie-woogie, it's uplifting, it's fast, it uplifts my spirits and my desire to play.

''I thought I'd have more opportunities to have a performing career. How many Michael Houstouns are there? Classical music is very difficult to make a living out of - you have to teach to keep going.''

Preston had come to a realisation early in her playing career teaching was not for her.

''I felt I've always firmly been a performer rather than a teacher. I have the utmost respect for those who have the patience to teach.''

So she dived into learning boogie-woogie creating a ''boutique'' career playing festivals and concerts around Australia, New Zealand and in Europe.

''There is a lot of work and opportunity in Australia.''

It was not the easiest of transitions though. She taught herself the crossover skills needed to play boogie-woogie.

''It was a very painful process. It's incredibly difficult if you have learnt classical music all of your life.''

The orderly compositions of classical music were nowhere to be seen and improvisation was key.

''I had to learn to improvise. It's very different when you've never had to do it. I just had to dive into the swimming pool. It was terrifying.''

It took years for Preston to feel totally comfortable in the genre but her love for the music kept her motivated.

''It was very scary for someone who was classically trained but I've loved it since I heard Black and White ragtime on old 78s in Greymouth in the 1950s.

She also looked to further develop her film score-writing skills.

Preston had tried her hand at it back in Wellington when she became friendly with piano enthusiast Sam Neill, the actor, who, back then, was a documentary film director with the New Zealand Film Unit.

Through him she was introduced to John O'Shea, of Pacific Films, and she began writing scores for documentaries.

So when she got to Australia, she connected with ABC television and has gone on to write scores for more than 100 documentaries and dramas.

In the past five years, she has also begun to do work with her film-maker sister working on My Year with Helen and Home By Christmas.

''I love working with my sister.''

These days, she spends much of her life on tour.

''I'm ashamed to admit I have a piano in Auckland, one in Wellington, Berlin, the Gold Coast and Sydney.''

As well as regular tours around Australia and New Zealand, she also heads across to Europe every year or two where she plays in Germany and the United Kingdom.

New Zealand is never too far from her mind.

''I'm an ambiguous expat. I still relate very strongly to being a Kiwi. I still get razzed about my Kiwi accent which I've never lost, apparently, and I hold a New Zealand passport.''

So she travels back to New Zealand to play concerts several times a year with her husband, Mike Pullman, who plays drums - ''we met at Colenso High School, in Napier''.

''A lot of expats in Australia don't go back very much. I couldn't live like that. I need to be part of that identification and community.''

For her latest tour of New Zealand she is coming south to Dunedin and for the first time is playing in Queenstown.

''88 Pianos I have known'' is about her passion for the piano - the most constant feature in her life.

''It is the most incredibly sustaining ... it is capable of great rhythm, it's enormously lyrical - it's an amazing instrument.''

So she decided to showcase the piano on this tour including not just new music - a new version of a tune called Nutrocker, based on Tchaikovsky's Nutcracker Suite played in fast boogie style - but photographs of amazing pianos she has discovered over the years like the one which you can play from your bed.

She wanted to highlight how the piano was the central to New Zealand homes - every home had one. Nowadays, some remain handed down through the family but are often not played.

''There are a lot of memories attached to them. I believe these instruments hold the spirit of the people who played them.''

There will also be photographs of growing up in Greymouth and playing as a child.

It also complements her new CD Play it Again Jan.

For Preston, it is her Yamaha grand piano at home in Sydney that is closest to her heart.

''I've spent so many hours and years pounding away on that.''

She is looking forward to coming to Dunedin, a city she loves.

''My mother's of Scottish descent, a MacDonald ... so I feel a very strong connection with the Scots in the South Island.''