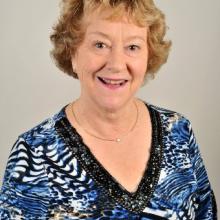 Reviewer Elizabeth Bouman.
Dunedin Symphony Orchestra, conducted by Simon Over, performed another 50th anniversary celebration in the Dunedin Town Hall on Saturday evening with a world premiere marking 100 years since the loss of so many New Zealand soldiers at the Battle of the Somme.

Anthony Ritchie’s oratorio Gallipoli to the Somme  for orchestra, choir and two soloists drew text from diaries, poems and traditional songs, taking its title from Alexander Aitken’s book of war experiences in the Otago Battalion.

Aitken carried his violin to war with him, and the 55-minute work began with a beautiful lyrical violin solo (Tessa Petersen) setting the mood for an enduring memorial performance by DSO, 120 members of City Choir Dunedin and Southern Youth choir (directed by David Burchell) and Dunedin’s internationally acclaimed soprano Anna Leese and bass Martin Snell.

The choir  was superb, rising to every demand of shading and balance, especially in the strong anthems E te ope tuatahi  and  All the Hills and Vales Along.

Programme text and detailed references enabled the audience to follow the powerful content of this emotional work, as soprano solos farewelled a lover or mourned the loss of three sons.

Noticeable was the ingenious scoring, never too busy or overshadowing text, yet always in character.

Percussion was important throughout.

After the final chord, complete silence held the audience before prolonged applause and standing ovation rewarded this brilliant new work.

Ritchie will be remembered as one of the greatest composers of his time.There were three other items.

Elegy for String Orchestra ‘In Memoriam Rupert Brooke’  was written after the death (also at war) of his great friend British poet Rupert Brooke.

Gallipoli to the Somme