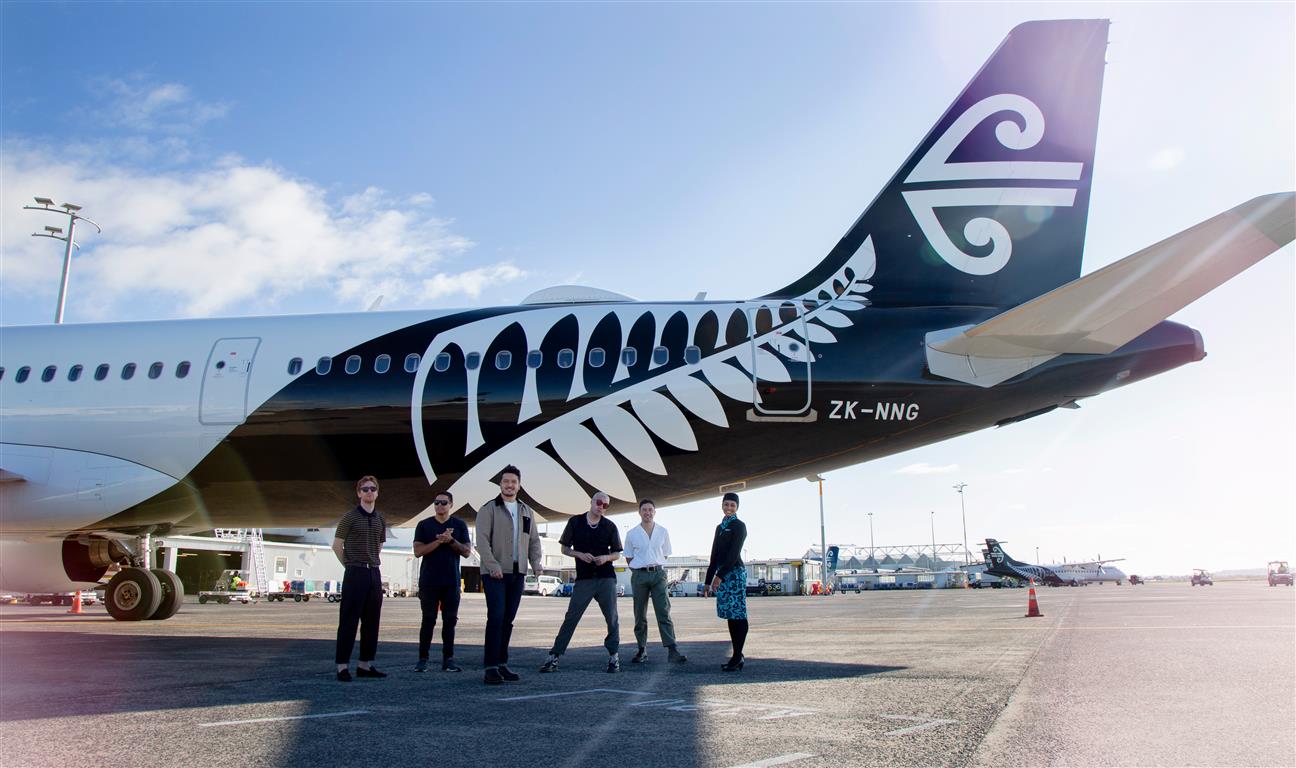 The band and a planeload of their fans are heading from Auckland to the southern city today.

The dedicated flight, specially numbered NZ660, will air the world premiere of a new film by Julia Parnell entitled SIX60: Till the Lights Go Out.

Customers on the themed flight were treated to a surprise performance by the band at the gate lounge in Auckland, and are the first people in the world to see the film alongside the band themselves, who are also travelling on the service.

“We’re so excited to be operating this special flight today to premiere the film, celebrate SIX60’s phenomenal success, and acknowledge our customers for their support throughout this year. The fact that tickets sold out in just seven hours is a reflection of the band’s popularity and how proud we are of them as Kiwis.

“We specifically built the package around a one-way ticket to Dunedin as a way of supporting tourism to the city and the region. Our larger A321neo aircraft is operating today’s service, and we expect the full flight will help boost local business and tourism over the weekend.”

SIX60’s Matiu Walters says, “We love new challenges and are always trying to push new boundaries in SIX60, so we are so stoked to be hosting the very first World Premiere in the Air.

"To be able to have the opportunity to fly alongside a planeload of fans back to Dunedin where it all began for us feels really special. This is the first time fans will be able to check out SIX60: Till The Lights Go Out, so it definitely feels like a day of firsts!”

SIX60 will be greeted at Dunedin Airport with a special performance by band Loose & Colourful, who won the chance to perform through a local radio competition.

Dunedin Airport GM Business Development Megan Crawford says the event has been a great promotion to be part of for both Dunedin Airport and the city.