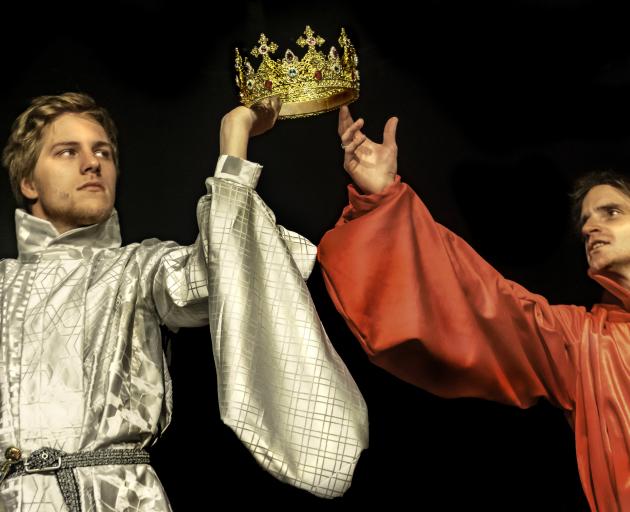 King Richard II, of England, played by Alfred Richardson (left) and Henry Bolingbroke, played by Cheyne Jenkinson, fight over the crown. Photo: Kieran Somerville
Re-creating the look of the late Medieval period and the politics of Shakespeare’s time has not been without its challenges for the team at Dunedin’s Globe Theatre, finds Rebecca Fox.

As Richard II swings his sword and flings his ermine cloak over his shoulder, spare a thought for the work that has gone into re-creating the medieval period of one of Shakespeare's great plays.

A team of costume designers, led by Charmian Smith, have been wearing their fingers to the bone creating cloaks, shoes, belts, swords and scabbards, stockings and dresses to fit the period. 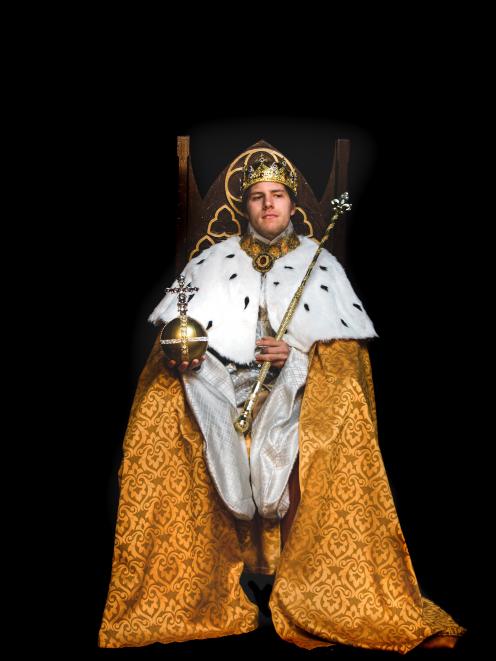 One of the more elaborate costumes created by Charmian Smith and her team for Richard II. Photo: Tiahli Curran-Hogg
Scott has been adapting the script to fit the times while staying true to Shakespeare's words.

The length of the play also needed to be cut from five acts to three, and its original cast of 25 was too large for the Globe's stage so he trimmed it to 16 actors playing 18 parts.

''Is it a history play, as the scholars call it, or is it, as Shakespeare originally called it, the tragedy of Richard II? [I think] it's both, but my focus is Richard, so I've deleted the extra historical scenes and focused on Richard, which is the real drama. It then becomes less of a historical chronicle than a study of character which, I think, is more interesting dramatically.''

He has cut the scenes involving one-off characters and reassigned their speeches to the core cast so none of the ''lovely and famous'' speeches of the play are lost.

''You still get the words - there are no words in the play that Shakespeare did not write.''

Scott looked at material from the 1590s, when Shakespeare was thought to have written the play, honing his craft as a poet and dramatist, writing Romeo and Juliet and Shakespeare's Sonnets.

He decided to incorporate two of the sonnets in the play. They will be read by a new character that Scott has created, ''The Playwright''. 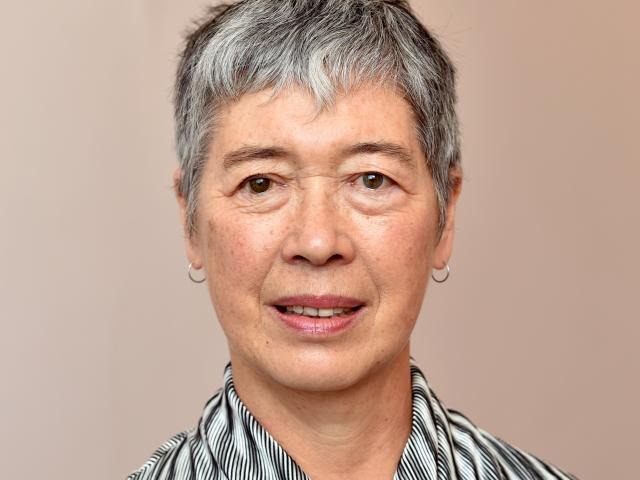 Charmian Smith
''He becomes a kind of chorus, he guides us through the drama, he moves about the play, he connects with the audience.''

The Playwright also allowed Scott to link some of the more obscure comments made by one-off characters about the politics of the time.

''I think Shakespeare was being deliberately obscure, but if you dig deep enough, you'll find it there.''

Scott believes the dangerous political environment of the time was why Shakespeare elected to end the play with an unknown character killing Richard II.

''Dramatically, it is an highly unsatisfactory end.'' 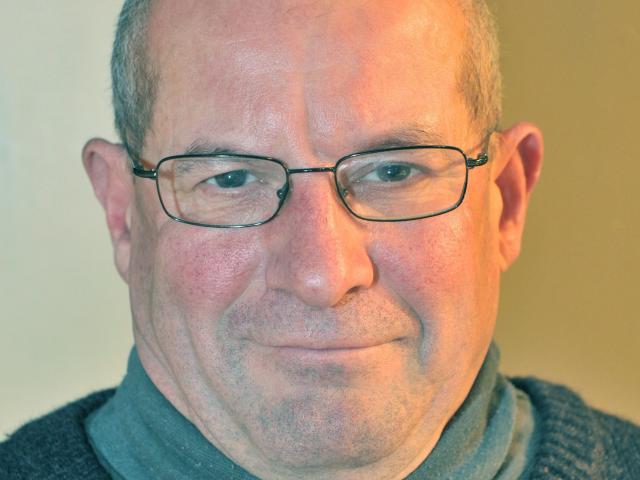 Keith Scott
So Scott, like the Royal Shakespeare Company in its latest production, has opted for an established character to do the deed.

''He was probably advised by the censors or Lord Chamberlain to not insight the wrath of his present Queen - it was only eight years since Mary Queen of Scots was put to death by her cousin, Elizabeth. A cousin putting to death another cousin is what this play is about.''

Scott points out the deposition scene was omitted from the play while Elizabeth I was queen.

''They did not appear in print until after Elizabeth died.''

The ''new'' end of the play is the same as Shakespeare wrote it, but the perpetrator is different.

Scott agrees that he has made some bold choices with such an established play.

''I'm satisfied it was justified, and I've maintained it true to text.'' 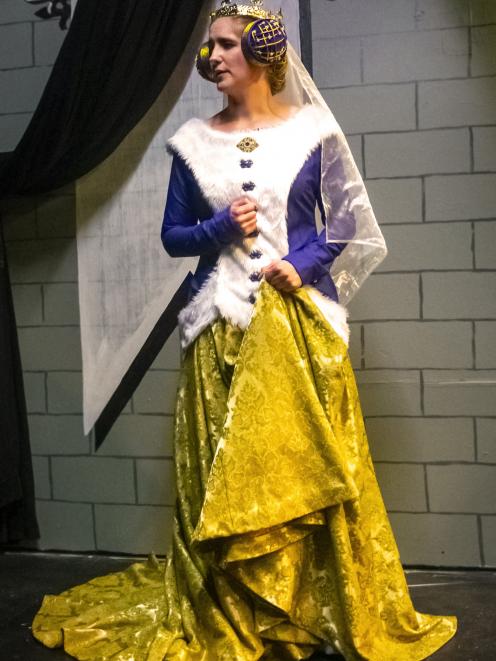 The Queen, played by Beth Lochhead, in her costume of found fabrics.
Many significant film adaptation of Richard II have simplified the story or added text that Shakespeare had not written which, Scott says, is wrong.

''Instead of treating it like a museum piece, we are making it a living thing adapting it, changing its focus but still maintaining its integrity.''

Richard II (played by Alfred Richardson) is depicted throughout the play as a flawed ruler, who does extraordinary things.

''He's constantly changing. He has mood swings, is a shape-shifter. One minute he is bright and strong, powerful, and then he is down in the dumps. It's interesting to watch his behaviour develop and cause his downfall.''

Having reduced the play to three acts, Scott has limited the scenes to London, the English countryside and the Tower of London.

Smith has the task of illustrating the drama through its costumes and started by researching pictures of the late medieval time looking at Books of Hours, a devotional book used during the Middle Ages.

For the court scenes, the characters are in glittering, bright costumes, but when they head to the countryside the costumes become darker and the men wear armour. Then when they come back to London there is just a glimmer of colour.

''It's not as grand. It's a different looking court. Richard is more dishevelled. He starts out in an ermine cloak and ends barefoot in prison.''

She was lucky to be able to access two people's fabric ''stashes'' and combined with her own has come up with the fabrics to create the costumes of the era.

''I'm getting expert at using duvets, curtains and bedspreads and I found some really nice ones for this. Plus, I've got my own stash of fabrics.''

While the project was not quite as elaborate as Mary Stuart there is still plenty of pleating and details required.

''We cut from patterns, so they have the right look, move and shape.''

The costume of the Duchess of York (played by Terry MacTavish) is made from velvet curtains and comes complete with a long train, big sleeves and petticoats.

Sofie Welvaert is working on the armour, while Smith's husband, Lloyd, is making the swords and scabbards.

The era of the clothing also required the cast to make adjustments to how they wear and move in the costumes.