Australasian health star rating system could be much improved 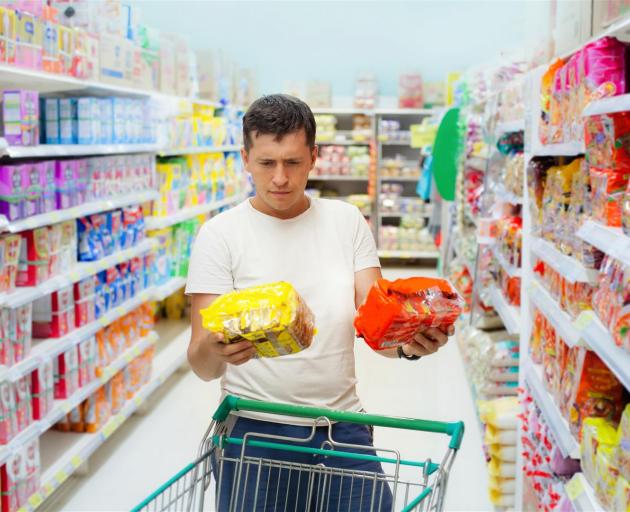 Most consumers are unaware that the Health Star Rating system is compensatory, and that one negative nutritional attribute, such as high sugar, can be cancelled out by a positive attribute like fibre. Photo: Getty Images
The Australasian health star rating needs major changes to make it work, researchers from Victoria University say.

The system is supposedly designed to provide consumers with an overall signal about a food's healthiness. Presumably, this should nudge consumers to make more informed and healthier decisions.

Five years on, the Australian and New Zealand governments are conducting a system review. Research by Victoria University shows that, while the initiative is noble, the devil is in the details. There is a need, and hopefully an opportunity, to improve the system and reconsider some of its key aspects.

Under the HSR system, products are labelled from 0.5 stars (the least healthy score) to 5 stars (the healthiest products). The rating is determined by evaluating the overall nutritional value of the product. It compares the content of ''good'' ingredients (i.e. fibre, protein, fruit, vegetables, nuts and legumes) with the ''bad'' ones (i.e. saturated fat, energy, total sugar and sodium).

But we believe most consumers are unaware that the HSR system is compensatory. This means one negative nutritional attribute can be cancelled out, or balanced, by a positive attribute. A manufacturer can receive a high HSR score for a product rich in sugar by adding a healthy ingredient such as fibre.

Labelling from Ministry of Primary Industries
It is also likely that most consumers are unaware that the HSR rating is calculated on an ''as prepared'' basis. This means a product can enjoy a high rating based on the nutritional value of preparatory ingredients.

Milo found itself embroiled in controversy for displaying 4.5 stars on its chocolate powder, though the powder itself clearly does not merit this rating. The 4.5-star rating was based on consuming merely three teaspoons of powder combined with skim milk. But who actually consumes Milo this way?

Furthermore, HSR scores are intended to allow comparison only among similar products. A four-star rating for a cereal cannot be compared to a four-star rating given to milk. While the two products display the same number of stars, their healthiness may differ significantly.

What holds the system back

There is scepticism about the HSR's authenticity, reliability and effectiveness. This stems in part from the system being self-regulated.

In addition, the system is non-mandatory, leaving manufacturers free to decide when and how to use it. For instance, only around 20% of packaged goods available in New Zealand and Australian supermarkets have an HSR. To add to the distortion, a disproportionate number of these show high ratings. This indicates that manufacturers only use the HSR for their healthier products.

A voluntary system does little to counter the inbuilt incentive that manufacturers have to use unhealthy components such as sugar, salt and saturated fats. These produce pleasure and create ''craveable'' foods and food addiction. Manufacturers likely do not use a HSR for these products. However, consumers do not interpret missing information as ''the worst-case scenario'', but assume average quality.

Finally, the system does not effectively assist the vulnerable consumers who need it the most. While HSR does help some middle- to high-income consumers, it does a poor job with respect to consumers of low socio-economic status. This suggests that the label requires consumers to be educated about its meaning.

Some improvements could carry the HSR forward a great distance.

If the system were made mandatory, it would likely raise consumers' awareness. There should also be more education initiatives about the HSR. This, in turn, would incentivise manufacturers to produce healthier foods and beverages.

At the same time, we should strive to minimise the costs involved and consider backing the system with government funding. This would allow all businesses to participate in the programme, including less profitable or smaller businesses. It would also prevent costs from being passed on to consumers.

As a minimum, if the system is not made mandatory, a general ''non-participation'' label should be introduced. If a producer opts not to label its product, it should be required to use a conspicuous cautionary statement. Such a statement should declare, for instance, that ''the manufacturer has chosen not to verify the health rating of this product'' or ''the healthiness of this product cannot be verified''.

Studies show the HSR rating would have a bigger impact if placed in the upper left corner of the packaging and used colours. It could use a traffic light system, with 0.5-2.5 stars on a red background, 3 to 4 stars on amber and 4.5-5 star products on green. The colour-coded system has proved to be more effective with marginalised groups of consumers.

All easier said than done.

Healthy diets are important for physical and psychological wellbeing and for strengthening our communities and economies. However, any regulation of the food industry is likely to be resisted by its strong and well-organised lobbying power. To fight this battle, the consumers' voice is crucial to ensure we can all make good and healthy foods choices.