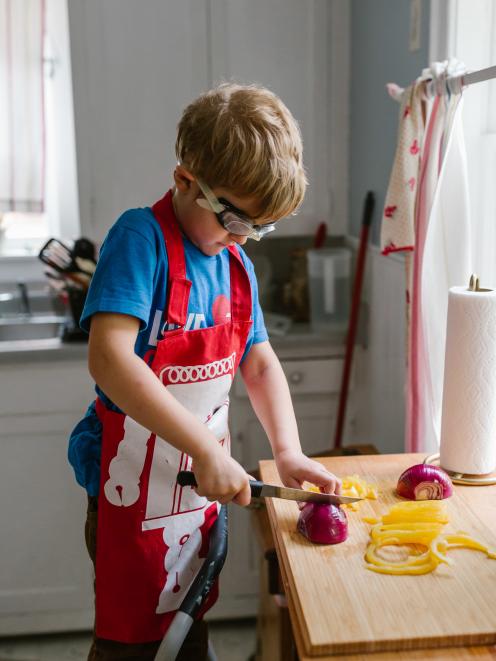 Photo: Getty Images
Ever wondered why onions make you cry?

Onions are grown and used all over the world, and anyone who has cut into one knows that it can make you cry. This happens because onions release an irritating chemical that makes your eyes sting.

Onions are mostly water, plus some vitamins and sugar compounds. They also contain compounds that include sulfur, a natural chemical found in many smelly substances.

One sulfur compound in onions, propyl sulfoxide, escapes into the air when you cut an onion. When it comes into contact with moisture, such as water vapor in the air or the natural moisture around your eyes, it changes into sulfuric acid. Sulfuric acid has a strong smell and irritates your eyes, so they make tears to wash it away.

There are some tricks to avoid this “emotional” onion experience. Next time you’re getting ready to dice an onion, start by cutting off and throwing away a little bit of the root end, which has lots of stringy little roots hanging from it. This lets most of the noxious sulfuric compounds, which are found in the root, escape. Then you can remove the pointy tip of the onion, peel its skin and slice it with fewer tears.

Some cooks chill onions for 30 minutes before they cut them, which helps because the sulfur compounds don’t escape into the air as easily when they’re cold.