No 7 Balmac rising from the ashes

By Rebecca Fox
0 Comments
Katrina Toovey has learnt a lot in the 10 months since her Maori Hill restaurant  caught fire. She tells Rebecca Fox how the experience triggered many changes.

Being left with 35 staff and no business would be any restaurateur's worst nightmare.

For Katrina Toovey it became a reality in August last year when a fire in the ventilation system and roof space of her 10-year-old restaurant, No 7 Balmac, caused considerable damage. 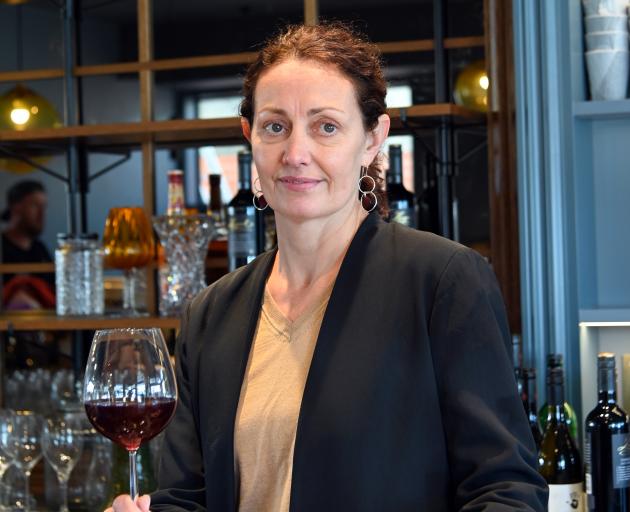 Katrina Toovey contemplates the many bottles of wine, spirits and glasses that need to be shelved before the reopening. Photos: Supplied

''It's been an incredible experience in a pretty dramatic way.''

Looking back, Toovey cannot quite comprehend it has been 10 months since her restaurant had to be evacuated during lunch service.

''It was total shock. There's no denying it's been difficult.''

Sitting among the chaos of a restaurant about to reopen - new Argentinian chef Benjamin Schaller is prepping potatoes in the new open kitchen behind her and the bandsaw is going upstairs as the last window is fitted - Toovey admits if she knew then what she knows now she might not have reopened. 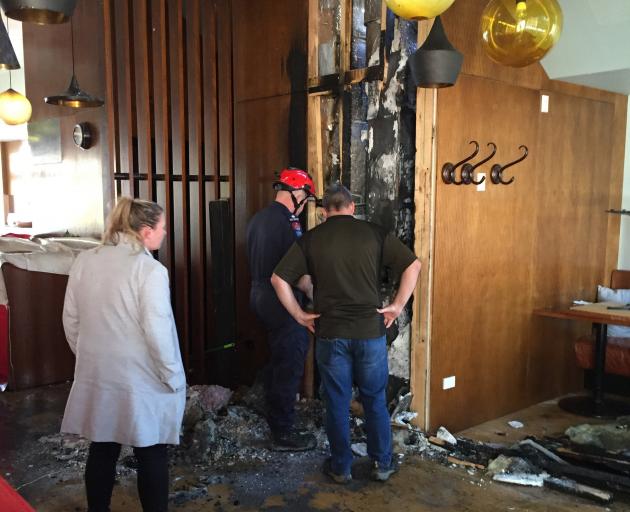 Damage caused by the fire at No 7 Balmac.
''If I'd known at the beginning it would take 10 months I would have thought through whether this was something I wanted to do.''

But the complex process of assessing damage after a fire meant there was never a timeline. Decisions had to be made continually on what to save and what could not be as the water damage had gone through the wall linings, ceilings and floor to the lower ground floor, damaging furniture and fittings along the way.

''It took quite a while for even that to be decided. It's a process that has taken up all my time.

''The hardest thing was the unknown factor of when we would be able to reopen. Every month we thought it might reopen and it didn't. It was accepting this shifting focus and moving with that. It was pretty taxing.''

Toovey found herself in a situation she had not faced before in her 25 years in the restaurant business. 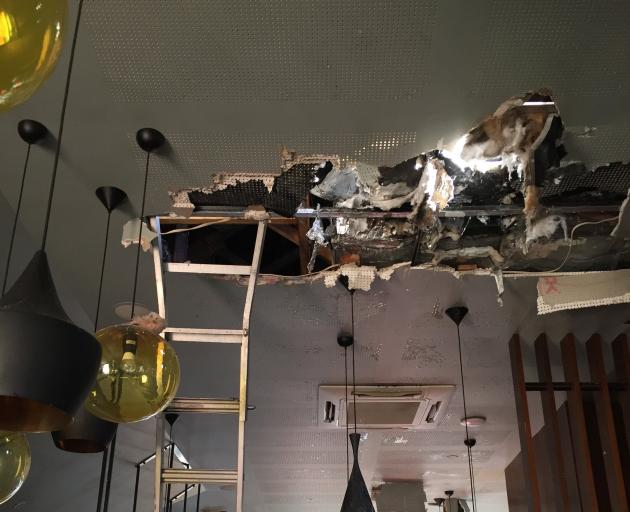 Damage caused by the fire at No 7 Balmac.
The opportunity to open up a ''pop-up'' version of No 7 Balmac in the Octagon saved the business.

''I'm really grateful for that. It gave us a home base. If we didn't have that I don't know what would have happened. I couldn't have expected my team to have stuck around with me otherwise.''

As a result she was able to keep her core team together, for which she was ''remarkably grateful''.

''It was quite a challenge for them because it was a new work environment, without the tools they were used to to do the job in the way they used to do it, but they embraced the challenge.''

That dedication enabled Toovey to concentrate on the Maori Hill restaurant and getting it back open.

''Being out of business for 10 months is quite scary. People change habits in that time.

However, she has been humbled by support from customers, both immediately after the fire and in the months since. Many people have been making detours to the restaurant to look for progress, hoping to see an ''opening soon'' sign.

''But people have been amazingly supportive. We get messages all the time.

''We knew we were loved but never verbalised it as a team.''

Despite the worry about not being open, Toovey decided to make the most of the situation.

It meant taking a closer look at what she was doing - something she probably would not have done without the fire.

Chef Logan Wilson prepares for the reopening in the new kitchen.
''I wouldn't have done a refit and wouldn't have really looked at the menu. But it gave us time to look at what is important and what's not.''

So she took her staff to Central Otago for a weekend of wine tasting and food, something she could never have done before as she would have had to close the business.

Toovey and chef Penny Allan headed to Los Angeles for a week to visit as many eateries as they could, especially those that cook over wood like they do.

It gave them plenty of inspiration to make a few tweaks to their menu and add more of Allan's Greek and Lebanese heritage to the mix. 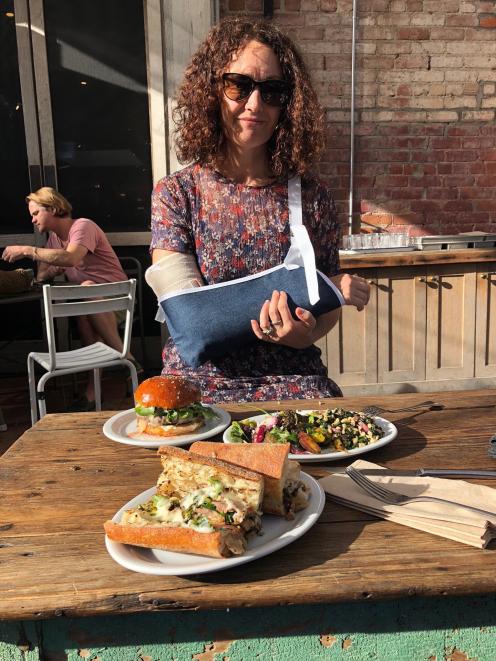 No 7 Balmac owner Katrina Toovey eats her way around Los Angeles.
''We have changed in the past 10 months - we're not exactly like we were. Just like we did with the fit-out, we are keeping the old bones and adding a bit of freshness.''

Toovey believes strongly the restaurant needs to keep its neighbourhood feel with food that ''gives comfort and nourishment but is also playful and flavour forward''.

''Penny describes it as 'bare bones cooking with classic techniques', where you use humble ingredients and make them sing.''

They were also able to try a few things out in the ''pop-up'', where they were not tied to a menu.

''It's old with a bit of new ... It is still very much as people remember.

It has also reinforced the restaurant's sustainability focus. They continued to compost in Maori Hill, bringing the waste up from the Octagon every day.

''All those things we used to do without thinking became part of our conversation which is a really good thing to celebrate and all the new staff get to hear about it in a way they didn't before.''

Toovey is determined to open this weekend - the restaurant is fully booked due to it being a graduation weekend.

''The fire happened on graduation too. We had to put 200 people somewhere - it was a mad rush - so I've refused to do that again. We can't do that. We'll open with a hiss and a roar.'' 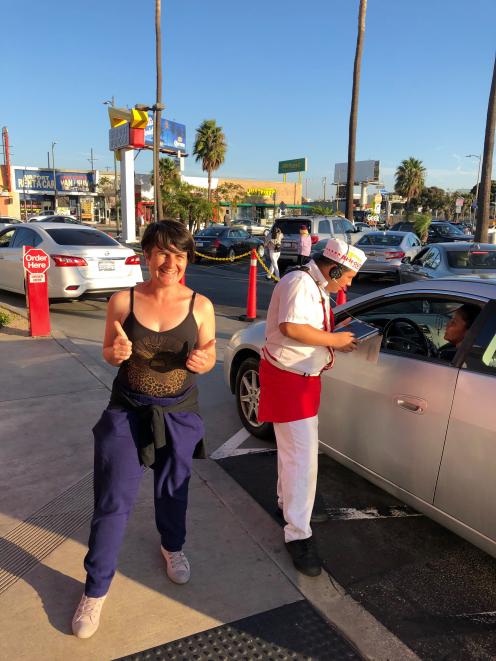 Chef Penny Allan in Los Angeles.
So on Monday new furniture arrived, the old chairs with their new leather covers made from undamaged leather banquets were about to be dusted off, light fixtures were going in and wallpaper was being hung.

''We've gone for comfort. That's what we're about. We're playing on that a wee bit more. We're kind of like a house - we have vegetable garden, we're in a neighbourhood.''

Not only are there menu changes but also changes to layout with a new oak-topped bar, a new layout downstairs providing a more streamlined space for private gatherings and more ''nooks and crannies'' with new banquets going in upstairs.

The new layout downstairs includes a new kitchen which is bigger than before and more open to the seating area. And new toilets.

Looking back, she is amazed at how the team bounced back after the fire and has continued given the uncertainty of the rebuild.

''Now we're doing it all again reopening this. Reopening in a space that has been transformed and they're finding the way through it, learning about the different fits all over again. What I've learned is my team is resilient, and about leaning on each other.''

She has also had to call on her more than two decades in the business.

Things like technology bringing access to online booking, communications, rostering and Paywave transactions have all come in during her time in hospitality.

''Obviously, there have been huge changes. When I started we used zip-zaps [for credit cards].''

Customers are also more well travelled and adventurous in their tastes and eat out more often.

''The restaurant is an extension of the living room all over the country these days. It wasn't like that 25 years ago - it was a treat to go out. Now we don't even think about it.''

Toovey is also happy to see front-of-house staff now treating the work as a profession and being proud of it.

''We are developing more of a culture of a profession. When I began chefs had that but not front of house. It was always a temporary thing on the way to a real job.''

At the end of the day Toovey says they have had a big disruption - ''it is the age of disruption'' - and have had to adapt.

While slightly nervous about the reopening, Toovey believes it will all come together.

''Penny says it's like pregnancy - one big push at the end and then a few months later you don't remember much.'' 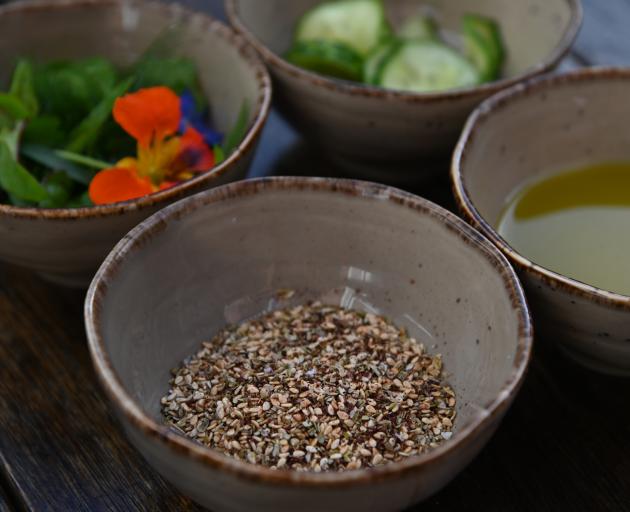 Inspired by the zingy spice mix enjoyed on pickled carrots at Sqirl on Toovey and Allan's trip to Los Angeles. No 7 Balmac plans to serve this with woodfired chicken, spring onion labneh and a salted cucumber salad.

Method
Combine ingredients and use on meats and vegetables.

It is especially good finished with a drizzle of olive oil and a squeeze of lemon. 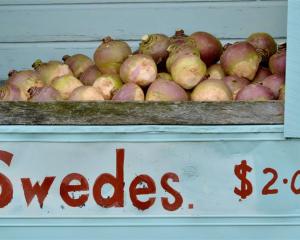 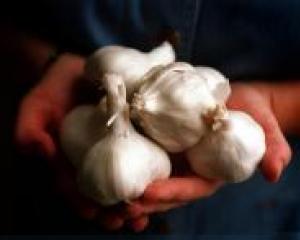 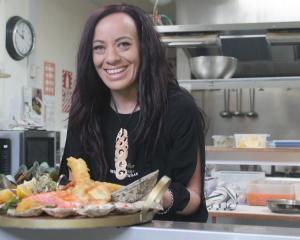 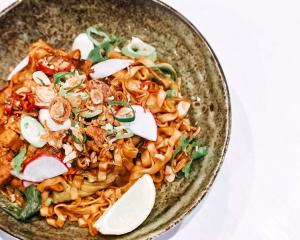 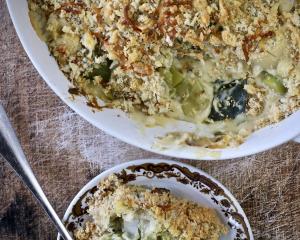 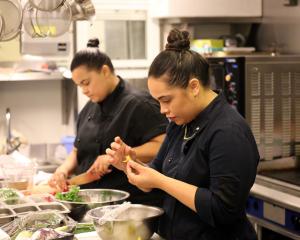 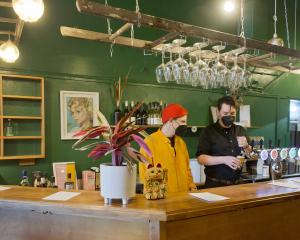 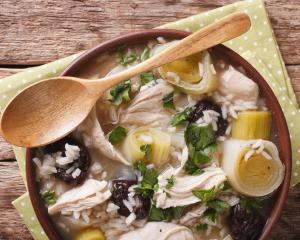 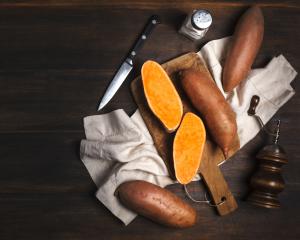 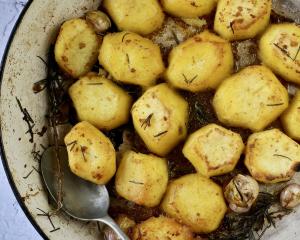