By Rebecca Fox
0 Comments
After 16 years running a busy Dunedin cafe Nick Dodds and Kushla Sullivan gave it all up for the easy life ... and lasted eight weeks. They tell Rebecca Fox about seeking a balance between family life and work in the tough hospitality sector.

Being constantly on call, working weekends, striving to be the best, left cafe owners Nick Dodds and Kushla Sullivan burnt out and wanting out.

It was not the first time they had hit a wall - having two young children meant they had questioned what they were doing a few times - but this time they decided to take the plunge and sell their business.

''We were burnt out, tired and grumpy. We wanted a break. It's been a struggle since the last child came along.'' 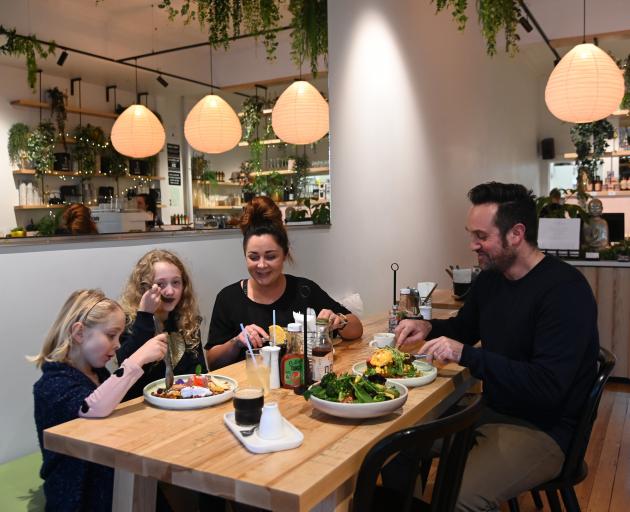 Nick Dodds and Kushla Sullivan and their children are enjoying more time together. Photos: Craig Baxter

Looking back now, much of it is a blur.

''It consumes you. You are on-call 24 hours a day, you get texts at 2am, as you get more staff, you get busier. You have to look after them mentally and workwise or they come and go quickly and that's stressful,'' Sullivan says. 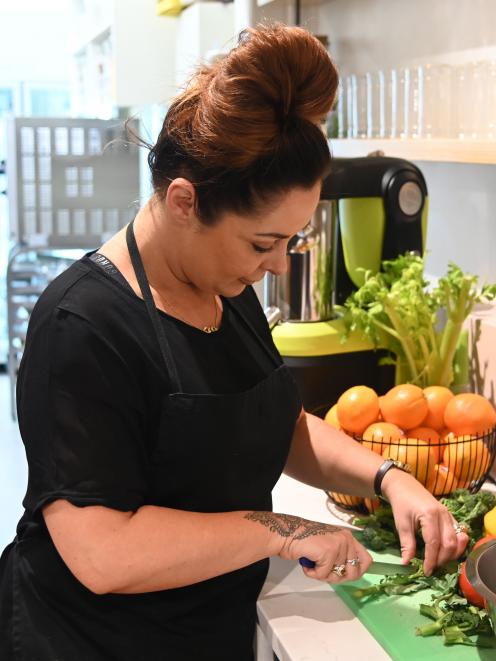 Owner Kushla Sullivan does some prep work in the kitchen at Buster Greens.
Maternity leave was practically non-existent, so the pair juggled shifts. Sullivan did mornings then tagged Dodds in for the afternoons and evenings.

''We didn't have weekends off together.''

A couple of years ago Sullivan got ''fatigue'' - she would do the morning shift - 5am to 11 or noon - hand over to Dodds and then head home to sleep until the school run.

However, they both admit they are their own worst enemies, and did not like the idea of handing over the reins to a manager.

''Fear of failure drove us. We've both got high standards. One bad review or complaint can consume me for days. We're perfectionists.''

That meant continuing to evolve their business, which cannot be named for legal reasons, as times changed not only in their neighbourhood but in the cafe scene in general.

When they started out about 16 years ago, Sullivan, who had moved south from Christchurch, was the one with the hospitality experience. Dodds, a St Clair boy, was fresh out of university where he studied music.

A friend suggested they buy the ''Coronation Street-looking'' cafe at St Clair.

''We originally thought 'Well, Nick likes to surf and I like to sunbathe, so that'll be great'.''

Little did they know what was to come.

''We were busy from the first day we opened and it's never stopped. I think Nick might have got two surfs in.

''The first six years were touch and go, but we kept at it.''

They grew the business, buying the flat upstairs two years later to expand their seating capacity and then a few years later building an extension on the back of the building to house a new kitchen.

''I think we did four renos in all. We started out with four staff and had about 38 by time we left. 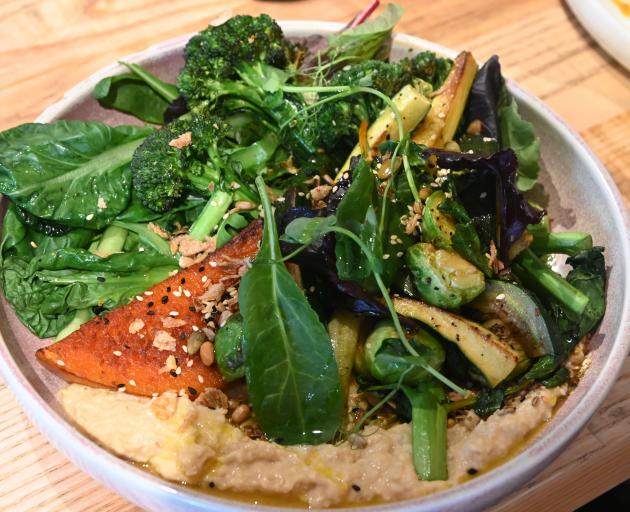 ''It just kept growing as the community grew. It became a bit of a beast.''

Sullivan says the Ed Sheeran weekend when visitors poured into town for a series of concerts was the ''breaking point''.

''We did 16-hour days. I think that last day in the kitchen we were all crying.''

Then there was the realisation of the impact it was having on their children.

''There is only so long the kids can go without seeing their parents in one room together.''

St Clair was a sleepy seaside suburb when they opened, with only the Esplanade pub as business neighbours.

''House prices were reasonable back then. But more businesses came in and house prices went up, more families moved in and St Clair became a destination.''

Along with those movements, the cafe scene was changing. They started out serving just cappuccinos and lattes, but by the end had a menu of coffee and milk options.

''I think we were using more alternative milks than normal milk in the end,'' Dodds said. ''You have to evolve or be left behind.''

There was also a move towards healthier food options, catering for people with food allergies, and sustainable packaging.

More ''healthier'' options began appearing on the menu alongside longtime favourites as Sullivan, the cook in the family, became inspired by overseas trends and what the family liked eating.

''We are foodies. Nothing on the menu hasn't been eaten by myself. Most things come from home.''

She also admits to having an addiction for a while to Food Matters TV and its documentaries about healthy eating and lifestyles.

Much of it was a reflection of her own stage in life, getting a bit older, more health conscious now that she was a parent and having less energy.

''I was looking at more natural ways to what we were eating.''

That has been helped by the availability of a lot of ingredients that were expensive and hard to get a decade ago.

''In the early days the price of nuts was triple what it is today. It wasn't cost-effective to produce food like we do now.''

So it is probably not surprising just eight weeks after selling the cafe, when another opportunity came up they could not refuse.

''We love food. We like the buzz of hospitality. We're addicted, adrenaline junkies. We love a challenge, love pleasing people.''

Although they did consider leaving Dunedin and trying something new, that seemed too daunting for the family.

''The idea was to take a year off, fully recover from fatigue and the PTSD-like state we were in.''

But they are determined not to get sucked into the ''beast'' that their old business had become.

The new business, Buster Greens, has to work for their lifestyle. That meant Sundays off and only opening during the day except for special occasions.

''We found we were still passionate about it, but just tired of the long hours and stuff.''

Opening the new cafe in George St, closer to the student population, has been a revelation for them - as is crossing the city to go to work as they live in St Clair.

They decided to focus the cafe on ''quality, thoughtful food made from scratch''.

''It's very labour intensive. We know where every ingredient comes from.''

While they focus on plant-based eating, which Sullivan says is their biggest seller, Dodds is quick to point out there is still meat on the menu.

''We try to cater for every demographic.''

He is the first to admit, though, that they sell more Kombucha than beer.

They will open occasionally at night for ''pop-ups'' or ''secret gig nights'', but not on a regular basis.

Dodds is still getting used to the concept of finishing at 4.30 on a Friday afternoon.

''It used to be 1am on Saturday morning. We're learning to please ourselves, within parameters, as tempting as it is.''

Not that Sullivan has slowed down completely. The new cafe's menu has changed three times in just a few months as she continues to peruse social media, magazines, food television and foodie friends for inspiration.

''We have a massive focus on nutrition - we did contemplate putting the nutritional value of every meal on the menu, but that was too hard. But our meals are thought out to be nutritionally balanced.''

She also has ideas for workshops on raw food and lunchboxes, so they can share their knowledge.

With good staff, including a chef experienced in wholefood cooking, the new venture was coming together.

Their children are also adjusting to having their parents at home for dinners and in the same room more often.

''The kids are way happier. They are a lot more interactive and chatty.''

While Sundays are still family days, the pair have decided to open Buster Greens seven days a week, leaving the cafe in its staff's capable hands. 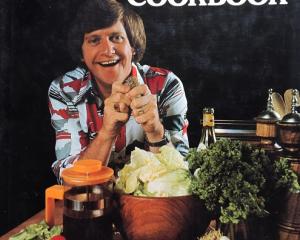 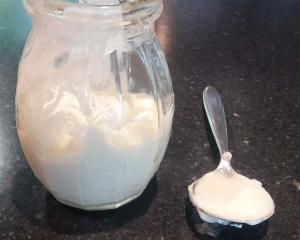