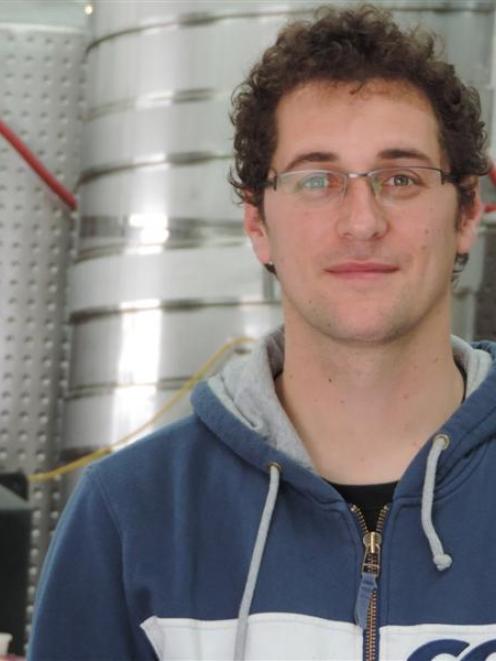 Winemaker Anthony Worch at Alexandra Vintners. Photo by Charmian Smith.
Every Labour weekend for the past six years the Alexandra basin winegrowers have held a new-release tasting in Clyde.

Each time there are a few new faces - this time it was Sarah Reynolds and Mark Hatfield, of Dunstan Road, and Roland van der Wal and Lucienne Beyer, of Immigrant's Vineyard in Airport Rd - and a few who are not there for one reason or another.

Alexandra has a vibrant winemaking community, mostly of small growers.

However, being so far from Queenstown, and without any big brands in the district, the Alexandra basin is often overlooked by tourists who fly into Queenstown and visit Gibbston, the Lake Dunstan area and perhaps Wanaka.

Nevertheless a number of small friendly wineries are open over summer, either regular hours or by appointment.

Pick up one of the Alexandra basin wine maps if you are in the district these holidays and visit a few.

You may find a new favourite producer.

Over the past few years the wines have improved, showing perhaps more structure and harmony and less green edginess, particularly the pinot noirs.

This may be because the vines are older - many were planted a couple of decades ago - or perhaps because of more sensitive winemaking, much of which may be attributed to French winemakers Anthony Worch and his wife Marion Vialade who run Alexandra Vintners and make a large proportion of the wine in the region.

Worch comes from Alsace in northeast France where similar varieties to Central are grown, and Vialade's parents have a vineyard in the Languedoc in the south.

They met while studying winemaking at Montpellier University and immediately after graduating in 2005 came to New Zealand to work a vintage.

They had been told it was a great place but not to go to Marlborough where they would be in a factory and not see anything, but Central appealed and it was little known then.

Worch worked at Peregrine and Vialade at William Hill.

For several years they returned annually to work at William Hill for six months, working vintages in the northern hemisphere the other half of the year.

Worch took over as winemaker at William Hill in 2008.

There he made wine for several other growers, and when it went into receivership in 2009, they asked him to stay and help set up Alexandra Vintners, a co-operative winemaking facility.

Instead of returning to Europe for the northern hemisphere vintage, they now live in Alexandra and he makes wine for more than 10 growers, mostly around Alexandra, but also in the Waitaki and the Cromwell basin.

''The last thing I want is for all the wines to look similar and I want to try to let each individual explain themselves.

"Even if most of my clients are based in Alexandra, there are some different exposures and altitudes and places, so I'm trying to spend a lot of time in the vineyard and tell them what I think.

"Here in the winery I'm just trying to follow this with minimal intervention,'' he said.

He likes florality in wine and does not like big tannic wines.

Growing up in France where wine accompanies food, and influenced by a mother who is a chef, he likes to make wine with mouthfeel and texture so they complement food.

The Alexandra basin has several subregions with different characteristics.

Hillview Rd on top of the hill gets sun early and late in the day, is above the valley fog and has free-draining soils.

The vineyards there are usually the earliest harvested, he said.

Along Earnscleugh Rd, the wines tend to be more aromatic and powerful with more fruit sweetness.

The Dunstan Rd vineyards are a bit cooler and subject to fog.

More frost-fighting is needed but the deep soils give some interesting characters.

He thinks the whites from Dunstan Rd vineyards are particularly good.

In Letts Gully the wines tend to be more floral and elegant, he said.

''They are certainly not the biggest wines, and sometimes they get a bit frustrated because in competitions they don't show up well but they have the whole package, florality, and the tannins are always very nice.''

He and Vialade enjoy being part of an emerging region.

''You go to Burgundy and there are a lot of things to learn but they are very set. What you are doing is just maintaining what's over there and what's been done before, whereas here everything is to be created and no-one knows where the region is going to be in 10 years or 20 years,'' he said.

In the decade he has been involved here there have been huge changes.

The small Alexandra vineyards may not have the marketing power of the other Central Otago regions and are a long way from the tourist hub of Queenstown, but he loves the sense of community and the way the group is growing together, he says. 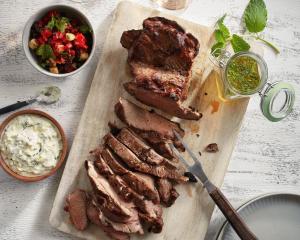 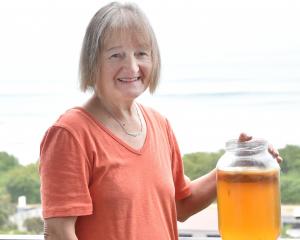 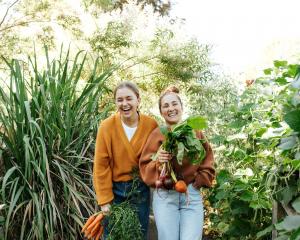 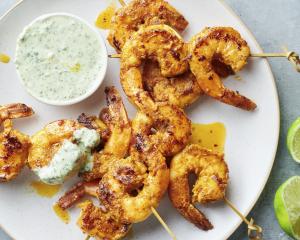