Beastly beauties in our midst 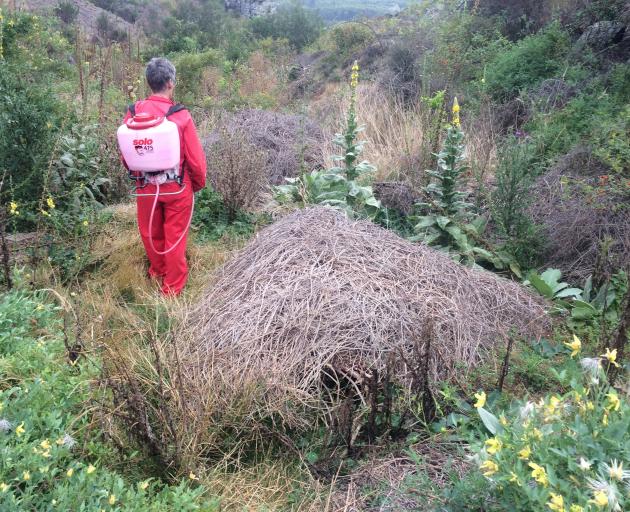 The story about prickly pear (ODT, 21.06.19) has resulted in some interesting responses.

One came from Spain, where a reader was holidaying, to say that the Spanish were upset because a beetle was killing the country's prickly pears (Opuntia).

Apparently, about seven years ago a company imported cochineal beetles from the Canary Islands to the Spanish mainland, intending to make dye. 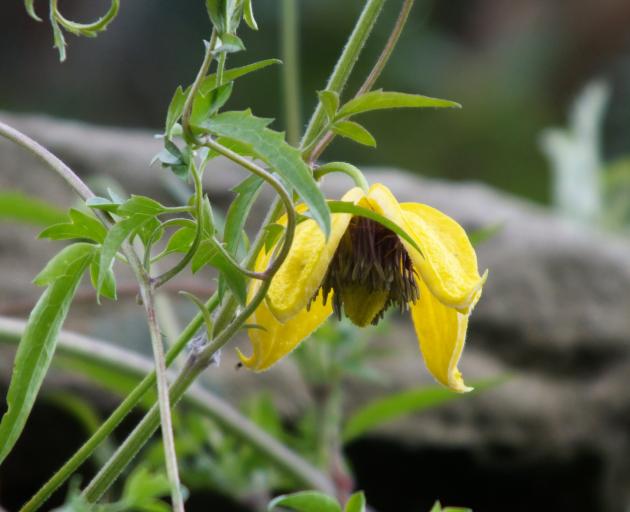 Joe Sherriff, who lives outside Alexandra, would be happy to see Central Otago's prickly pears turn up their toes, too, and is doing his best to make it happen.

He first noticed the cactus on the council reserve alongside his property and became alarmed when he found some seedlings on his property seven or eight years ago. These had sprung up more than 50m from their parent on council land. Other specimens have been spotted over the years, growing close to the Central Otago Rail Trail.

"It has the potential to get out of control," he said, adding, "So far, my wife and I are keeping it under control." 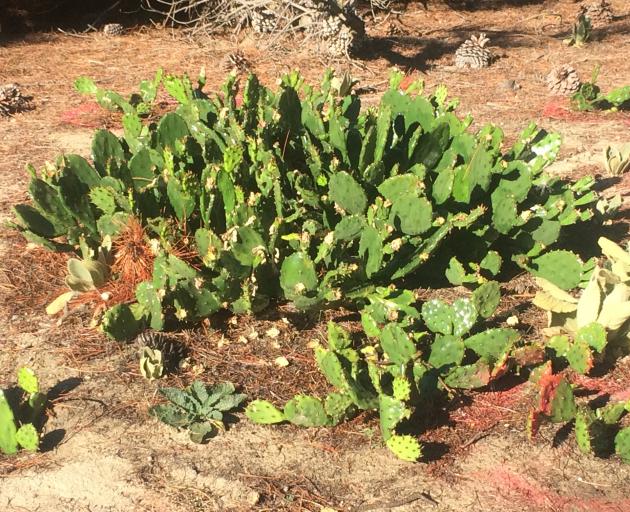 Prickly pear (Opuntia) on an Alexandra council reserve.
One patch he observed on the reserve was 10m in diameter, clearly undeterred by Alexandra's winter chill or summer heat.

Knowing how it had spread in similar conditions in Australia, Mr Sherriff alerted the Otago Regional Council to the issue but felt "they just didn't want to know about it", although the ORC had responded, prompted when told of Old Man's Beard (Clematis vitalba), listed by the council as s pest plant.

Speaking at the hearing, Mr Sherriff said he was a retired consultant anaesthetist living in Alexandra, "where I have had property for the past 12 years".

"I volunteer with the Haehaeata trust (Clyde community native plant nursery) and Central Otago Ecological Trust (predator proof lizard reserve in the Aldinga Conservation area). I am actively involved in building mountain bike tracks and surveying orienteering maps, so get to see a lot of what is going on in the back country.

"I do weed control, mainly broom, briar and cotoneaster, on the lower parts of Matangi Station, behind the Clock in Alexandra on a voluntary basis."

Clematis tangutica in the midst of a spray.
He told the hearing that although he recognised that funding was limited and there would always be limitations, he was concerned at the lack of flexibility with "no obvious mechanism" to adapt to changes within the plan's lifespan.

"Nowhere in the proposed plan can I see any mechanism for adding any species, plant or animal to any of the pest categories in a timely fashion," Mr Sherriff said.

He argued that "there should be a clear pathway for conservation groups and individuals to identify potential pest species and bring them to the attention of the ORC before they get out of control".

As well as prickly pear (Opuntia), he used golden bell clematis (Clematis tangutica), to illustrate his point, saying that both could be controlled before they became "the next broom or gorse". 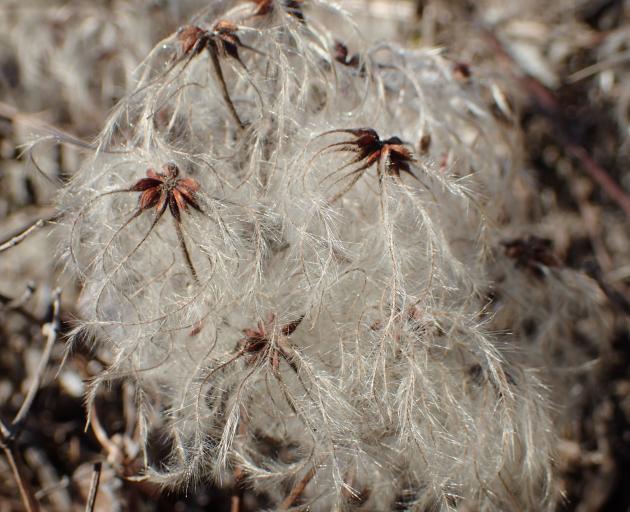 Clematis tangutica seed is dispersed by the wind.
He noted that C. tangutica - a Chinese species first recorded as a garden escapee in 1958 - had been growing in the Tucker Hill diggings on the east bank of the Manuherikia close to Alexandra for many years.

"Over the past three or four years, its range has extended rapidly and [it] can now be found throughout Matangi Station, on the Flat Top Hill conservation area and on the Earnscleugh dredge tailings," he said.

For the past three years, at his own expense, Mr Sherriff has been spraying C. tangutica on the lower parts of Matangi Station.

He told the ODT he was concerned that since last year's spraying, it had advanced another 100m up the valley.

The spread was likely from wind-dispersed seed, although the plant will also grow pieces cut from the stems.

"In just the last two years, it's really taken off and is spreading like anything around here."

Mr Sherriff believes that the key is better public education about identifying and controlling pest plants, something the ORC has undertaken to do.

It is also a reminder to gardeners not to dump weeds and clippings except in designated tips. 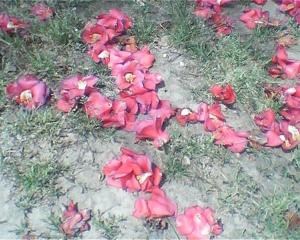 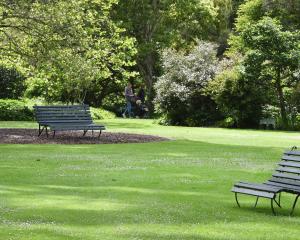 Briar is by far the biggest problem plant in Central Otago, animals have almost no access to creeks in many areas because of briar.