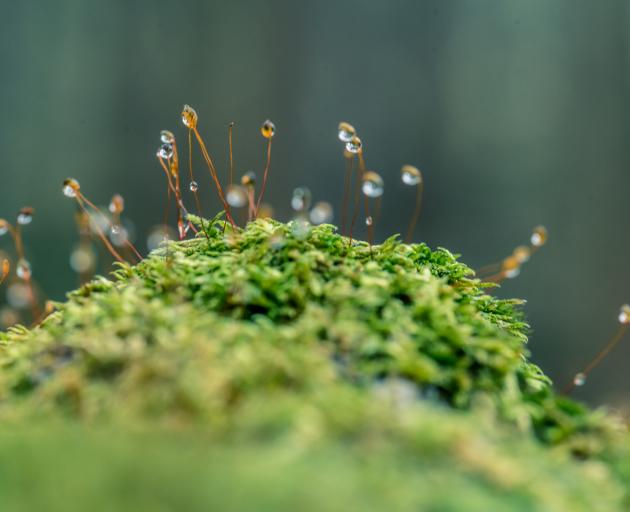 Under our feet, barely visible to the eye, the growth of moss is another world says Robin Wall Kimmerer, "a rainforest in miniature". PHOTO: GETTY IMAGES
The moss scientist and bestselling author reveals the secrets of these primitive plants — and what they might teach us about surviving the climate crisis.  Rachel Cooke reports.

Robin Wall Kimmerer can recall almost to the day when she first fell under the unlikely spell of moss.

"It’s kind of embarrassing," she says.

"I’ve always been engaged with plants, because I grew up in the countryside. That was my world. But mosses I’d set aside in my mind as not worthy of attention. I was studying to be a forest ecologist. That little green scum on the rocks: how interesting could it really be? Only then there came a point when I’d taken every botany class our university had to offer, except one: the ecology of mosses. I thought I’d do it, just so I could say that I’d taken them all. It was love at first sight. I remember looking with a lens at these big glacial erratic boulders that were covered in moss, and thinking: there’s a whole world here to be discovered."

Ever since, she has rarely left her house for a walk without such a lens on a string around her neck.

She believes the Covid-19 pandemic and resulting lockdown periods could be just the moment for the steadiness and intricacy of moss.

"In the pandemic, people talk of lockdown," she says. "But I like the phrase ‘sheltering in place’, which suggests that we might have come to pay attention to the things that we have, rather than the things we don’t have, spending time in our garden or in the woods, finding solace in landscape."

Looking at mosses close up is, she insists, a comforting, mindful thing: "They’re the most overlooked plants on the planet. But they’re gifts, too. They provide us with another model of how we might live."

Read Kimmerer’s book Gathering Moss: A Natural and Cultural History of Mosses and you’re unlikely ever again to waste precious gardening time scraping moss from paving stones. You may even find yourself trying to encourage its growth. As she reveals, beneath your feet, barely visible to the eye, is another world: a rainforest in miniature, though you’ll need to fall to your knees to see it properly. (At the scale of a moss, walking over it is like flying over a continent at 32,000 feet.)

The most primitive of plants, mosses lack flowers, fruits and seeds, have no roots, and no vascular system to conduct water internally, and yet there are 22,000 species, even if most are still so little known to the public that only a few have been given common names. The undisputed masters of their chosen environments, mosses succeed by inhabiting the places other plants cannot.

"But mosses, which have been with us ever since they arose, 400 million years ago, have endured every climate change that has ever happened."

QUITE apart from what she regards as their unique beauty, their mere existence should, she thinks, lead us to ask certain questions. Why are they so resilient? What can they teach us? What secrets might they hold?

Can mosses help us to read the state of the planet?

"We don’t know if they can in macro ways," Kimmerer says. They are great indicators of air quality, and of heavy metals in the environment; because they have no epidermis, they’re intimate with the world. They’re storytellers. If I see a certain kind of moss, I’ll think, Oh, I know you ... you wouldn’t be here unless there was limestone nearby. There are mosses that tell the story of land disturbance, and there are mosses that only come in after fires, and they’re habitats, too, for tardigrades and rotifers [minute aquatic animals], for algae, and all sorts of other things. They are the coral reef of the forest, a microbiome in which the species of the bacteria that live in the angles of their leaves are different, say, to those on their rhizoids [the filaments found on their thallus, or plant body]."

It is moss, she tells me, that keeps up her spirits when it comes to global heating.

"That’s wrong, though these extremes are no longer out of the ordinary. We expect them. Of course I worry that people are not going to do what needs to be done; that we’re already too late. But I have faith in photosynthesis. The plants know what to do. They know how to sequester carbon. They know how to cool the air. They know how to build capacity for ecosystem services and biodiversity. Will the world be different? It will. Will there be tremendous losses? There will. Heart-breaking losses. But the evolutionary creativity of the plant world will renew itself. Plants will figure out how to come back to a homeostatic relationship with the planet."

Even as she notices the alarming fact that bloom times are arriving ever earlier, she is also increasingly aware of the natural movement of plants: "We’ve fragmented the planet in such a way that their natural migration routes are broken up. So it’s our responsibility now to assist that migration, to essentially help forests to ‘walk’. We have to help them get to where they need to go."

The engine of her next book will be "ecological compassion" for plants. She would like people to come to understand them as sovereign beings in their own right, if not people.

"The research in plant intelligence that is being done is already revolutionising science," she says, "so my next project is designed to elicit in the reader a sense of compassion and justice for them. I would like people to recognise their culture. Take off your anthropocentric lenses, and you will see that they have very rich cultural lives." 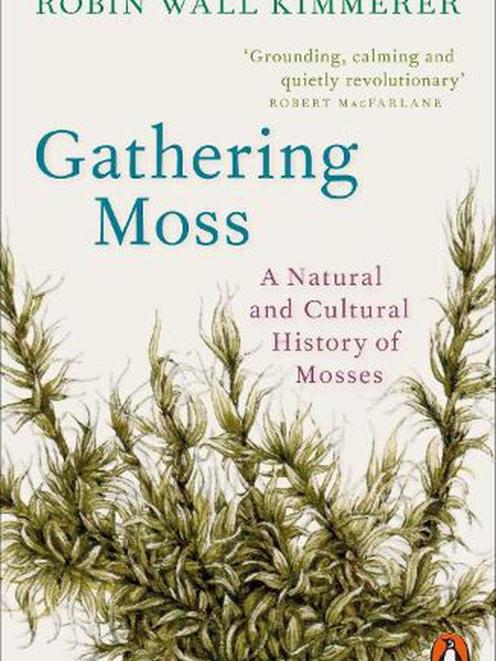 Robin Wall Kimmerer is a professor of environmental biology and the director of the Centre for Native Peoples and the Environment at the State University of New York in Syracuse.

She is probably the most well-known bryologist at work in the world today. She may be, in fact, the only well-known bryologist at work today (bryology is the study of mosses and liverworts), at least among the general public. But her unlikely success — her fans include the writer Robert Macfarlane and the Pulitzer prize-winning novelist Richard Powers, who gives daily thanks for what he calls her ‘‘endless knowledge’’ — hardly arrived overnight.

In 2013, Kimmerer quietly published a book called Braiding Sweetgrass: Indigenous Wisdom, Scientific Knowledge, and the Teaching of Plants — a (seemingly) niche read from a small US press.

For a long time, nothing happened. However, last year it suddenly appeared on the New York Times bestseller list. It has since sold more than 500,000 copies worldwide. Thanks to this, her first book, Gathering Moss: A Natural and Cultural History of Mosses, is now also to be reissued, no fewer than 18 years after its first publication. 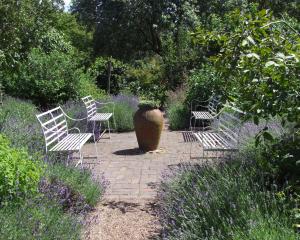