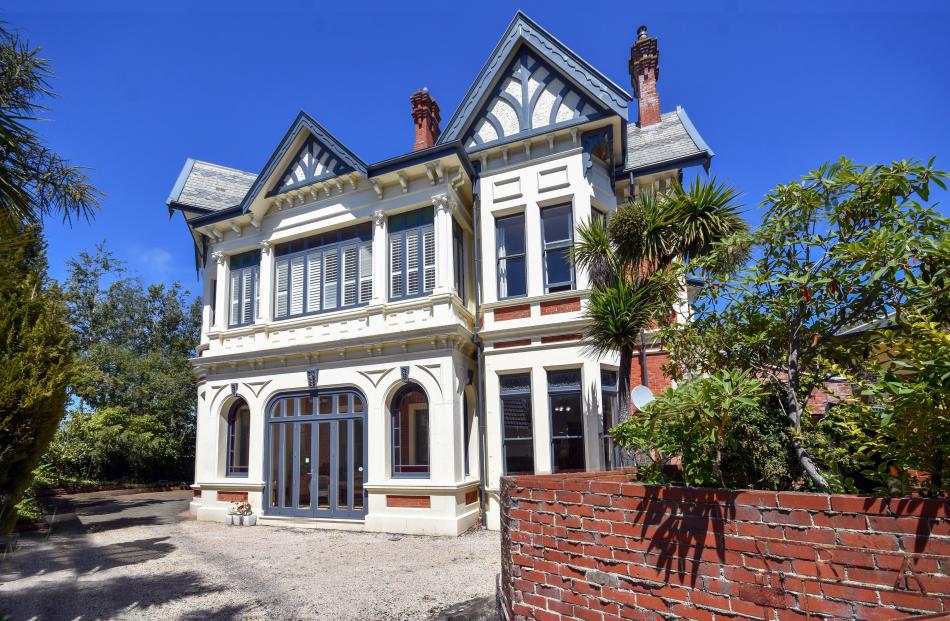 ‘‘Kawarau’’ was commissioned by Alex McGeorge, whose luck and hard work in the gold-dredging business made him a wealthy man. PHOTO: WAYNE MAGEE 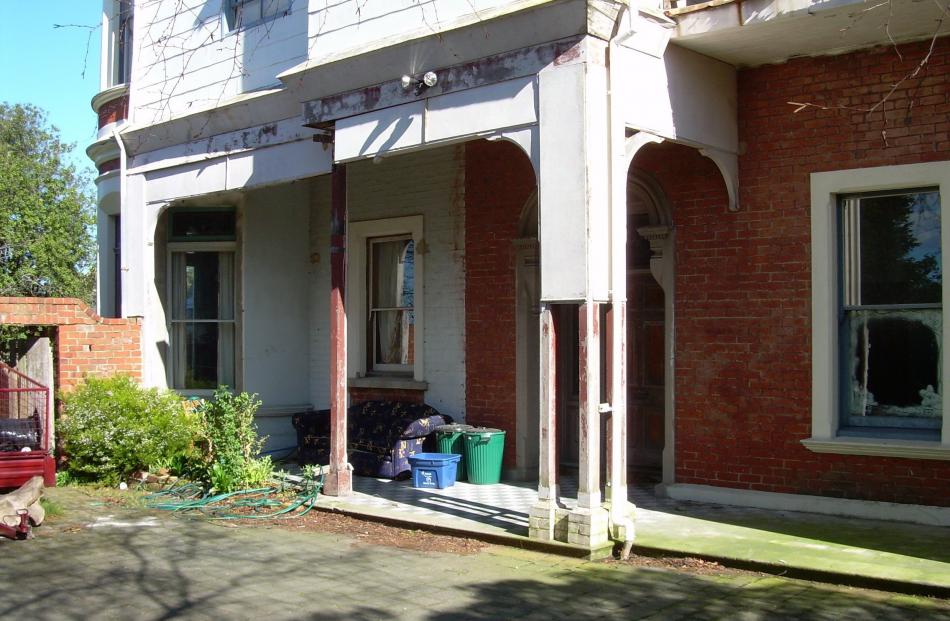 When the house was split into flats, the original veranda was enclosed in an asbestos-tile lean-to. The current owners hoped to save the veranda, but too much had been removed and much of what was left was rotten. PHOTO: SUPPLIED 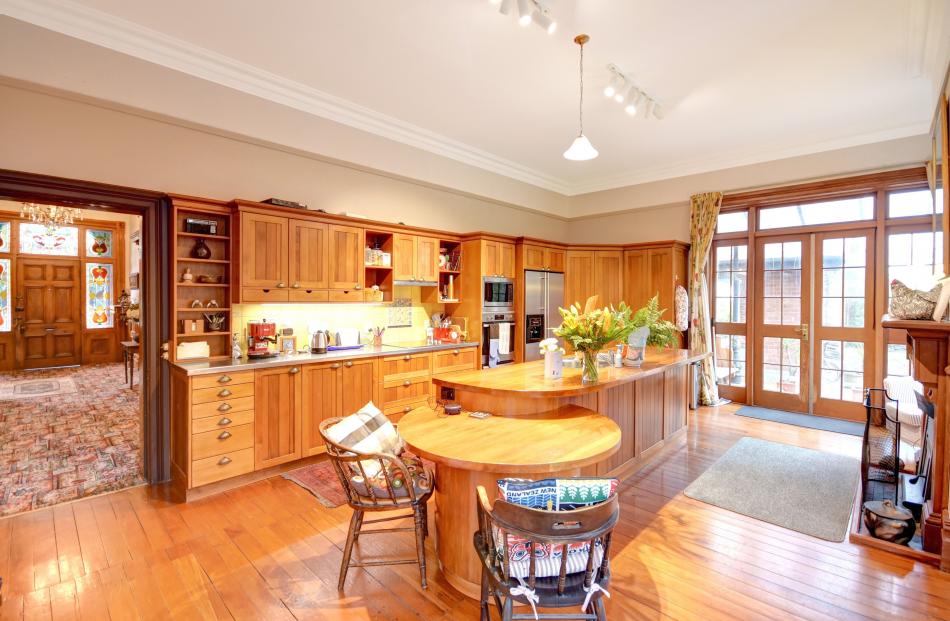 Richard says the kitchen, installed by previous owners, was probably what sold he and Anita on the house. ‘‘We could see the extended family in that big friendly space.’’ PHOTO: WAYNE MAGEE 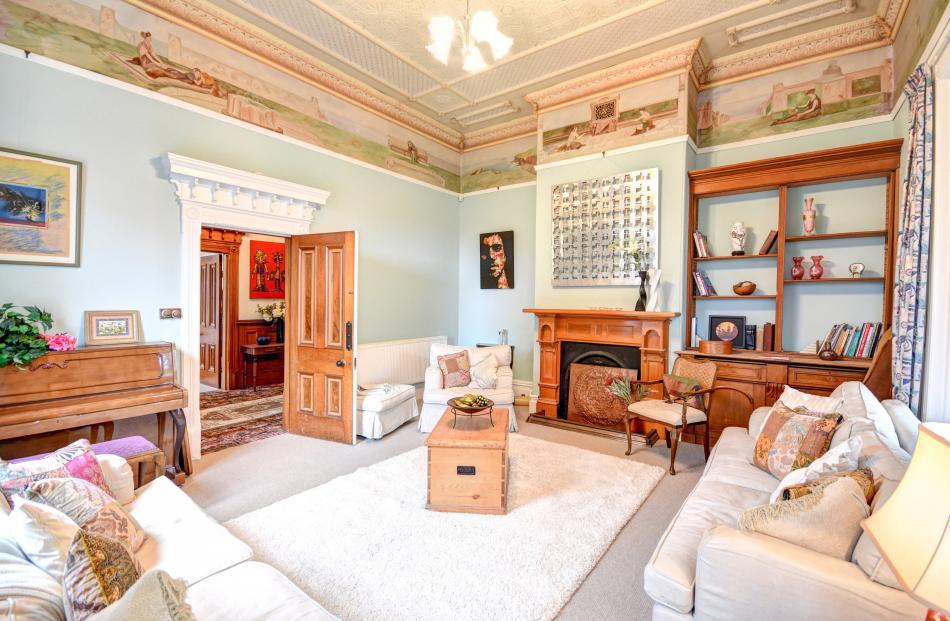 The front sitting room has a pressed metal ceiling with gold accents, and a classical-style frieze. PHOTO: WAYNE MAGEE 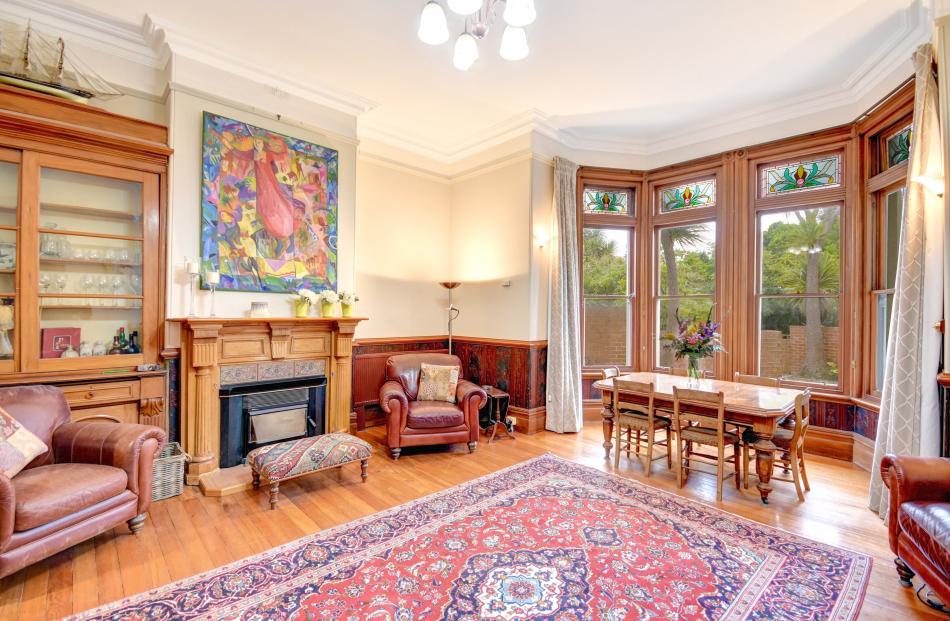 Originally a billiards room, the living room features wood panelling on the lower part of the walls. 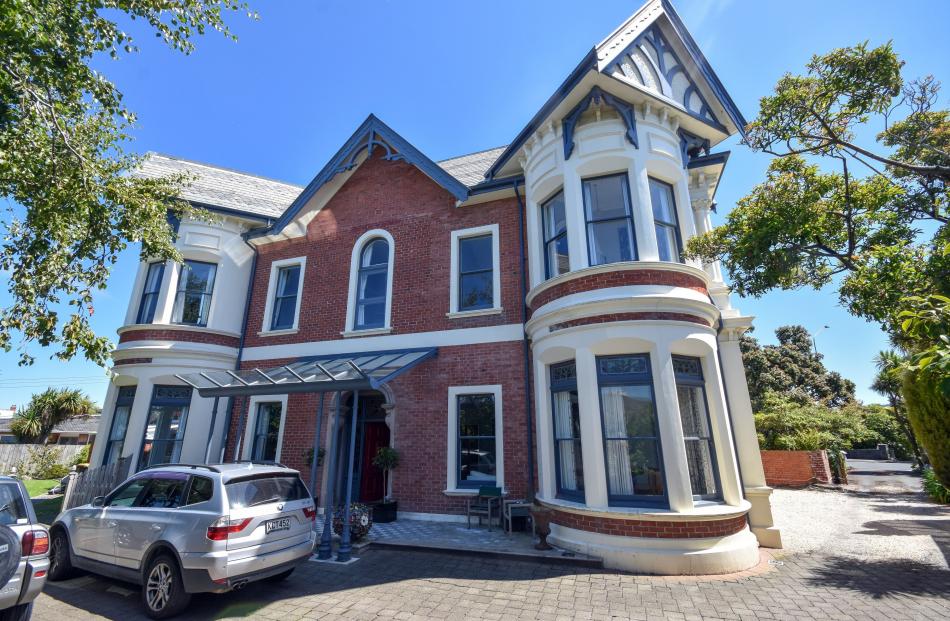 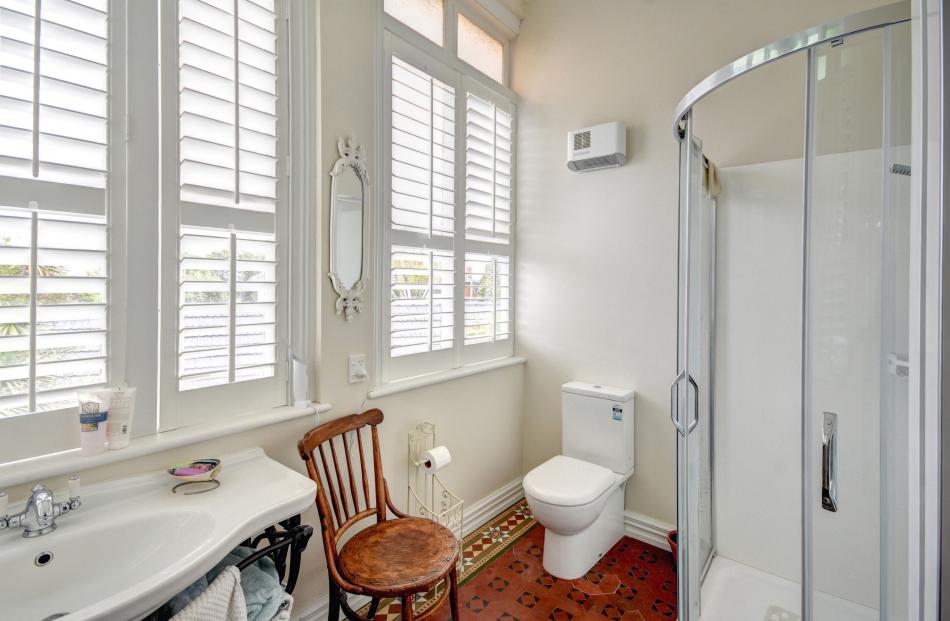 The original tile floor in this bathroom was a lucky find. The builders discovered it after lifting the floorboards. 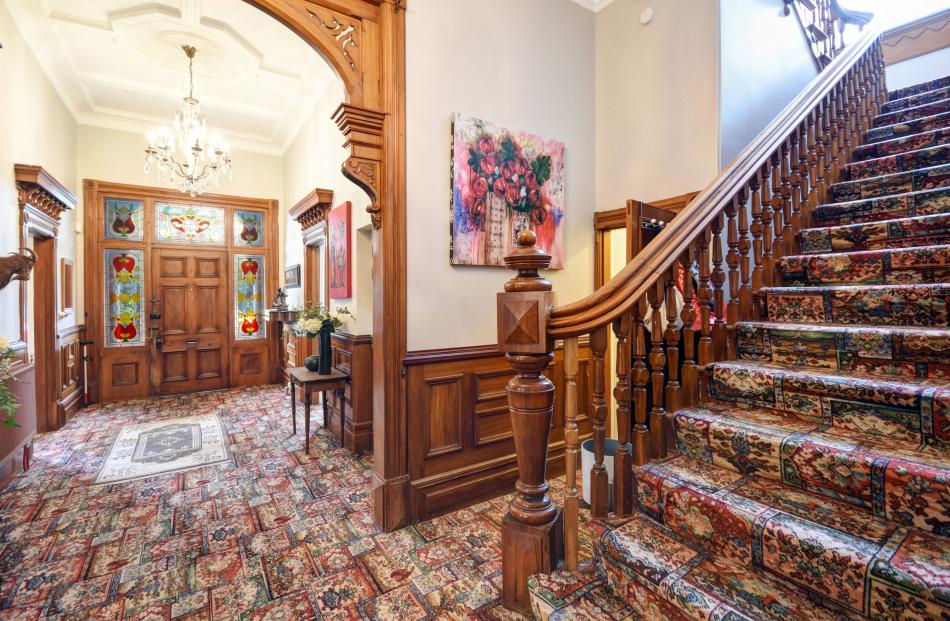 Despite the house having been converted to multiple flats, the stairs had survived intact. 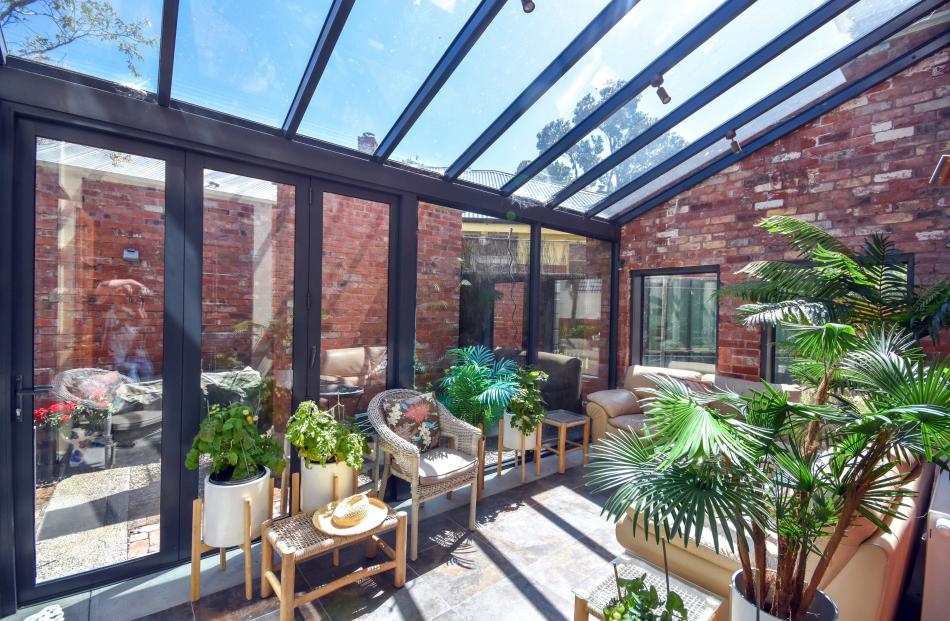 The conservatory is home to all sorts of greenery, including tomato plants. PHOTOS: WAYNE MAGEE 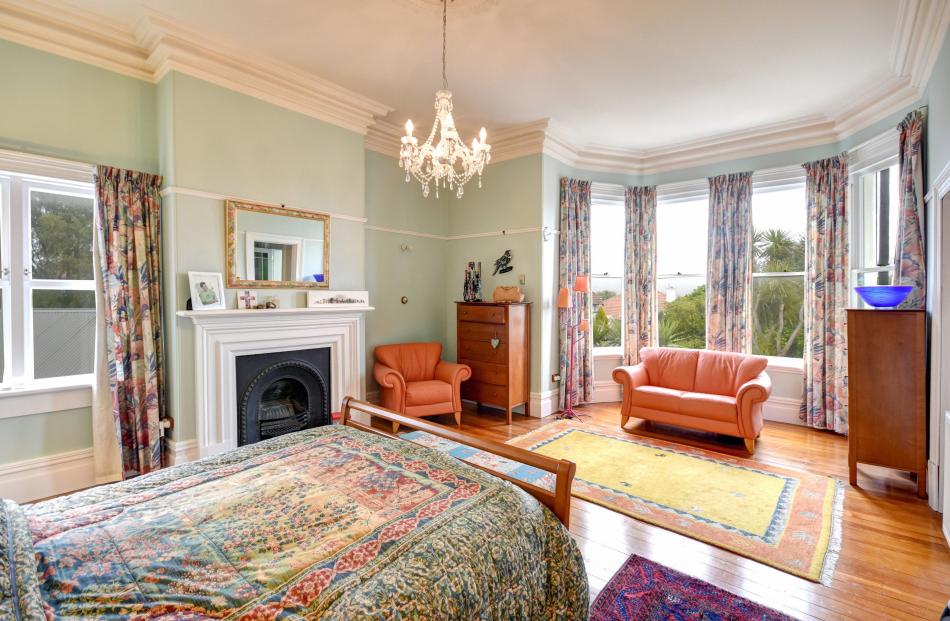 The sofa and armchair in the main bedroom came from the owners’ previous property, a modern, all-white house that was very different to this one. 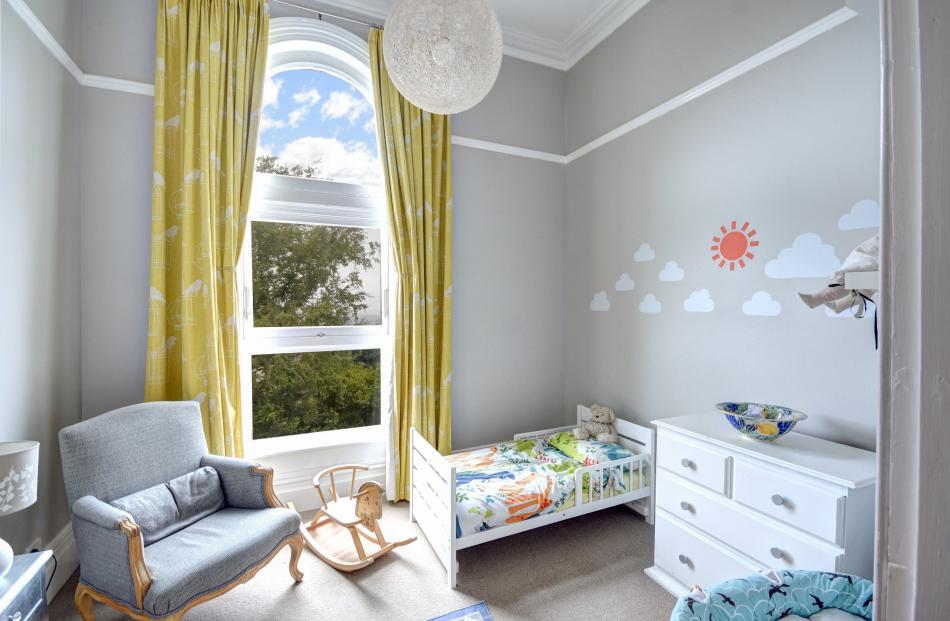 Once one of three kitchens, this room was gutted and converted to a nursery. The arched window is a recent addition.

Built with gold money, this impressive Dunedin home was once painted pink and divided into flats. Happily, it was restored to its former glory. Kim Dungey reports.

Built by a gold-dredging tycoon in 1901, this stately Dunedin home still boasts a big iron safe at its centre.

McGeorge made his fortune in the gold-dredging boom of the late 1890s and early 20th century, at one stage recovering a world-record 35kg of gold in just one week. Today that would be worth more than $3million.

Designed by well-known Dunedin architect James Louis Salmond, "Kawarau" was named after the river that gave up its precious metal and paid for the home’s construction.

Alex and his wife, Ethel Aldred — whose wedding ring was crafted from the first gold won by his dredge — raised fivedaughters and three sons in the house.

But one thing about the property irked him.

A 1920s photo shows the house with its decorative finials, sweeping drive and immaculate gardens. PHOTO: SUPPLIED
Returning from Central Otago to check progress on the house, he found the builder had turned the foundations 90degrees to where he expected. This meant the most impressive side faced south rather than northeast and was not visible from Highgate.

With some of the brickwork well-advanced, it was too late to make changes. Years later, however, the plainer side was enhanced with a portico at ground level and a glassed-in sun porch above.

"Obviously it was an extremely grand house," Mr Thomson says, "and probably he felt its grandness wasn’t going to be appreciated to the maximum effect given it was facing the wrong way."

The owners of 22 Acquisitions stores throughout the country, Mr Thomson and Ms Cessford moved in with their son and their son’s wife and baby 10 years ago.

A former health board chairman and Dunedin city councillor, Mr Thomson says they had completed their share of renovations and were not looking to do any more work.

But that changed when they set foot inside the 440sq m property: "Everyone could have their own space and suddenly the challenge of doing another restoration started to feel doable."

Although the double brick house was in good condition, it had previously been used as flats and still had three kitchens. The slate roof leaked, two of the bathrooms desperately needed upgrading and an old, "possibly illegal", coal burner had been put in on the first floor.

On the plus side, previous owners had installed central heating, a "fantastic" main kitchen and a modern but sympathetic conservatory.

Determined to complete the renovations in one big push, the family spent the next two years stripping out everything that needed to go, putting in en-suites and painting.

They converted a single bedroom into a walk-in-wardrobe, one end of the sun porch into an office and one of the three kitchens into a nursery; before long, there were three children under 5 in the house.

They also installed a lift, replaced the asbestos-tile lean-to at the entry and repaired the south-facing section of the roof.

Furnishing an old home with their more modern pieces was "challenging", Ms Cessford says, but they wanted to create a comfortable family home, not a museum.

Anita Cessford and Richard Thomson say the style of the house lends itself to inter-generational living and being under the same roof as younger members of the family was a ‘‘great experience’’. PHOTO: GREGOR RICHARDSON
The couple, who have been in the house on their own for the past two and a-half years, are moving to a renovated villa in Maori Hill with mixed feelings.

"It’s kind of silly, the two of us in a place this size, and as you get older, it becomes harder to manage," Mr Thomson says. "But we will definitely miss it."

"When a house has a history, you feel like you’re part of something," he says, adding that they only learned of Kawarau’s fascinating back-story after moving in.

Born in Dunedin, Alex McGeorge (1868-1953), left school at 14 and worked as a shop assistant before completing an engineering apprenticeship.

In 1892, he and some friends leased an abandoned dredge to work a claim at Deep Stream, taking turns to walk the 40km to Outram with their "bit of gold" and then take a train to the Bank of New Zealand in Dunedin.

Later, he and his brothers bought into a partnership working the Electric and Magnetic claims on the Kawarau River and had three dredges on an even more profitable claim at Waikaka Valley in Southland.

Chasing gold involved hard work and constant danger, from near-drownings to the snapping of the metal cables that held the dredges against the current of the river. On at least one occasion, McGeorge rode from Dunedin to Central Otago on horseback to peg out claims.

Mr Thomson says it was a tough life and the brothers certainly "earned their money".

Those takings enabled Kawarau to be built in grand style but the safe in the kitchen now holds only baking tins and cookbooks.

"We didn’t find any gold tucked down the side," Ms Cessford says, with a laugh.