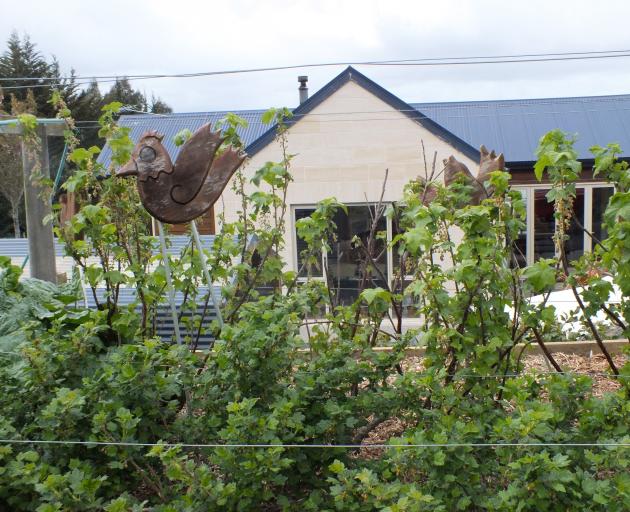 Gooseberries and currants behind the house at Janeen Greer-Pringle and Stephen Pringle’s property in Sawyers Bay. Photos: Gillian Vine
Gillian Vine gets a sneak preview of a Sawyers Bay garden that will be open on Saturday. 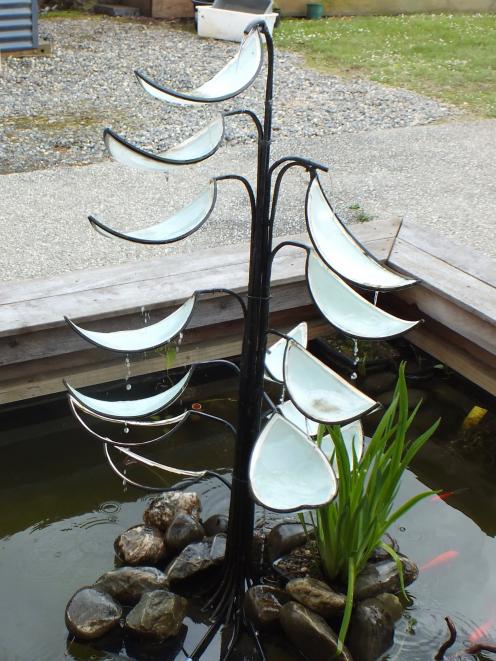 The pond and fountain are recent additions.
For 20 years, Shirley Parsons has been organising the West Harbour garden trail every second year to raise funds for the Presbyterian Church of Sawyers Bay-Port Chalmers.

"It started about 2001, when Jenny Elms was minister at Port Chalmers," Shirley said.

The Parsons’ St Leonards garden was in the first tour. Shirley’s husband Don juggled his Port Chalmers Lions Club work at the Lady Thorn Dell with helping maintain the home garden and propagating plants to sell, so it was — and still is — all go in the Parsons household.

A couple of years ago, she co-opted Sandra Dalziel to help and the pair make a great team.

Shirley has never had much trouble getting gardeners to agree to open their gates, "though some people take a little bit of coaching".

Back this year by popular demand is Hau Tai, the Careys Bay garden of Paul and Sheryl Hudson. Even if you’ve seen it before, it’s worth a return visit, Shirley says, as the couple have done a great deal of additional work. 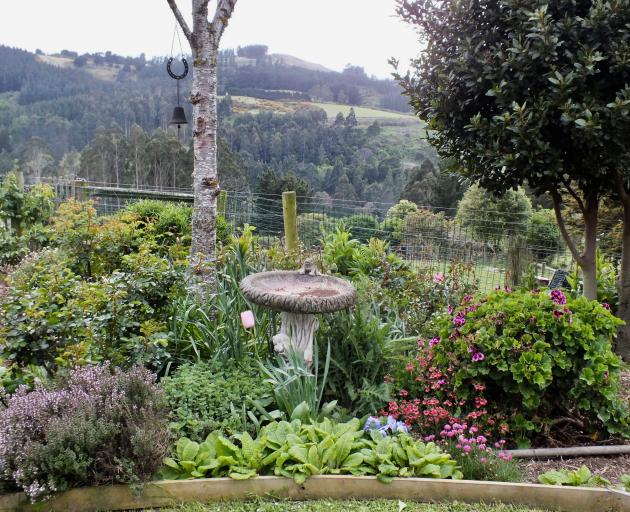 The birdbath is popular with avian visitors.
The community project of another well-known West Harbour resident, Pete Hodgson, is "Down at the corner". An afforestation project that he has worked on for more than 20 years, it is open year-round and is being promoted as part of tomorrow’s trail to introduce more people to it and its tracks.

Newcomers include the Sawyers Bay garden of Janeen Greer-Pringle and her husband Stephen Pringle. 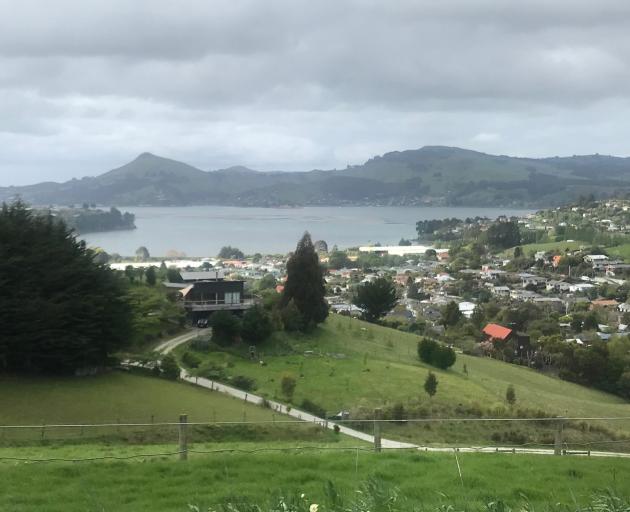 From the Sawyers Bay garden, there are expansive views across Otago Harbour.
The Pringles bought the 3ha property as a grazing paddock, spent a year clearing it of gorse, then decided it would be a great place to build a new home.

Behind the site for the house, the ground rose steeply, so a retaining wall was essential. 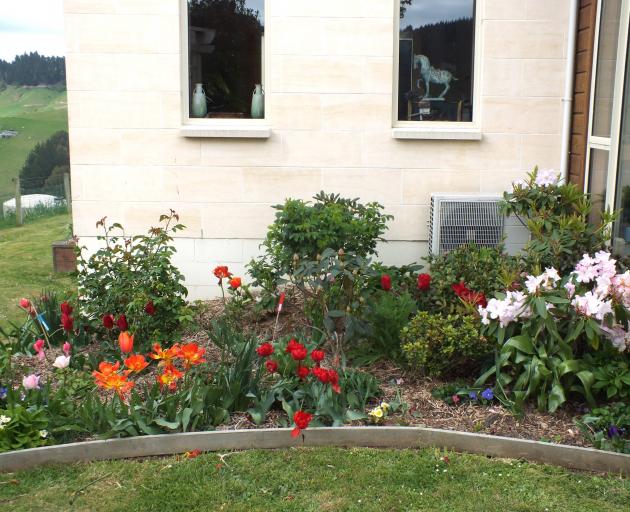 Numerous tulips add to the colour in spring.
The rock retaining wall went in before the building.

With its bright orange lichen patches and plants tucked in among the rocks, it has become a notable feature of the garden.

Rhododendrons she planted on the wall because of "lack of experience ... seem to survive. They’ve all done pretty well."

An orchard was planted above the wall five years ago and a separate area is devoted to gooseberries and currants. 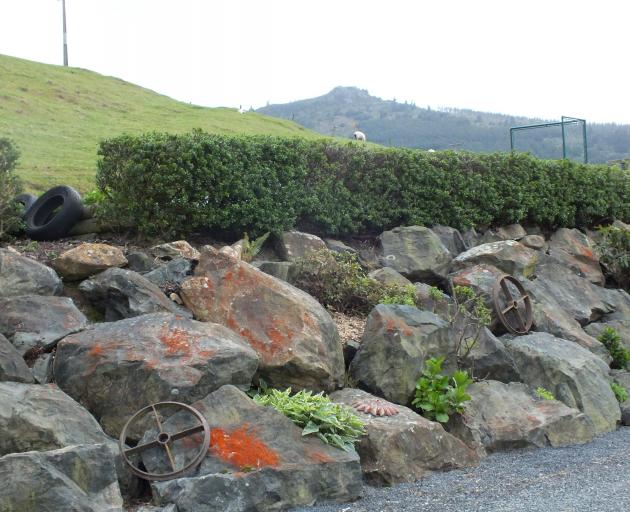 Using rocks for the retaining wall has worked well.
With their horses, sheep and cows, there is always plenty of manure for the garden, a huge advantage as the soil was all clay when the Pringles moved into their new house in 2006. With the manure and lots of pea straw, the soil in the raised vegetable beds is now near-perfect and Janeen is looking forward to her early new potatoes.

"I can’t wait," she said, pointing to rows of Jersey Benne spuds.

Vegetables and fruit are important but there are plenty of flowers, too.

Last year an Australian patch was added. Not only was it a nod towards the decade they lived in Australia, it also added plants to appeal to the birds, including the Australian rosellas that are frequent visitors.

Janeen loves growing from seed and has dozens of seedlings potted up for the garden trail plant stall tomorrow at the Sawyers Bay church hall.

The West Harbour Garden Trail runs from 10.30am to 4.30pm on Saturday.

Tickets ($15) are on sale from 10am at Emmanuel Church Hall, Station Rd, Sawyers Bay.

Devonshire tea is included in the ticket price and there are plant, produce and baking stalls, and a raffle.