Achernar at a low ebb 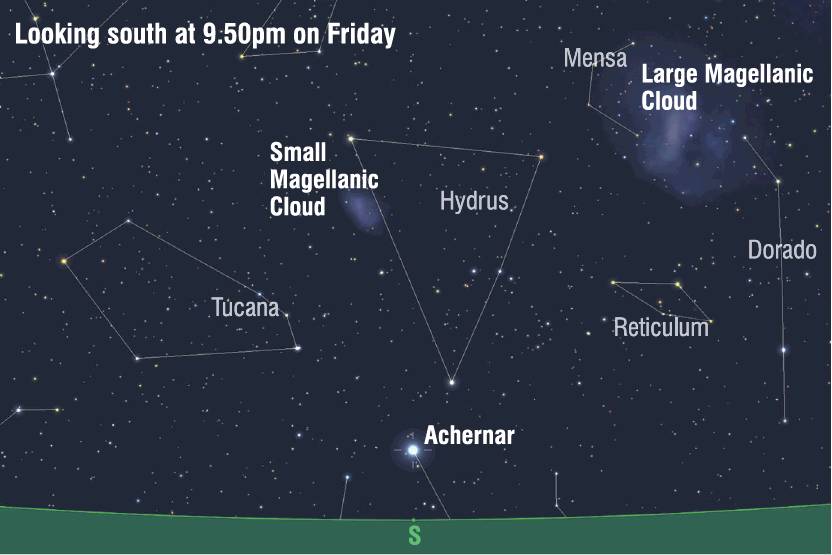 For me, one of the joys of stargazing is observing the earth's rotation via the constantly changing positions of the stars, writes Ian Griffin.

As someone who is a keen aurora-chaser, I am particularly interested in star patterns in the sky's deep south, since they often form the backdrop for beautiful auroral displays.

With an aurora predicted last week, I headed out to my favourite photographic perch on Otago Peninsula with my cameras to try to capture some pictures of the southern lights. Unfortunately, the aurora failed to appear, which meant that I spent several hours perusing star patterns close to the horizon.

At this time of year, just before 10pm, Achernar, the 10th-brightest star in the sky, reaches its lowest point. From Dunedin, this bright blue star is only four degrees above the horizon, so to see it you will have to find a viewing spot with an unobstructed view to the south. Because it never sets below our horizon, astronomers call Achernar a circumpolar star.

Achernar is the brightest star in the constellation Eridanus (the river). It appears blue to our eyes because its surface is scorching; astronomers estimate that it is more than 15,000 degrees Celsius, which is more than twice that of the sun. At an estimated distance of 139 light years, travelling at 300,000km per second, the light you see when looking at Achernar began its journey in 1880.

While Achernar is low in the sky just before 10pm, if you watch it for the entire night you will see the star slowly get higher in the sky; just before dawn, it is more than 45 degrees above the horizon.