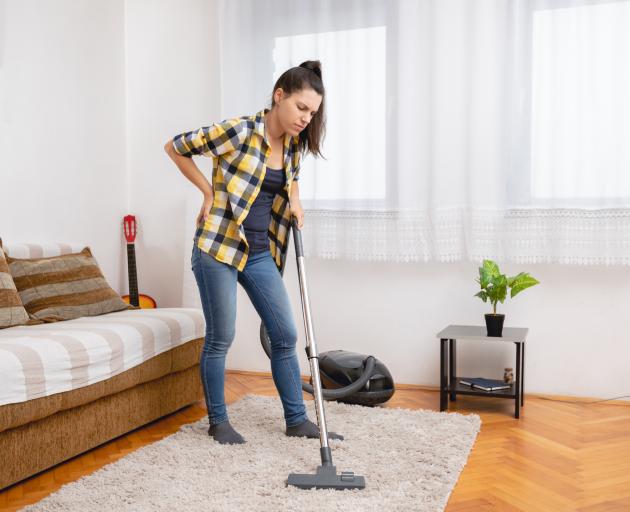 The ability to do household chores is a common question to monitor the state of a person’s health. PHOTO: GETTY IMAGES
People who make health policy, fund or provide health services often need to measure the impact of those services on people’s health, and to know how much better one state of health is compared with another. For example, does a particular surgery make people better? How much better? How does that compare with the improved health from taking a medicine?

One of the standard ways to measure people’s health is to ask them to rate it on a set of dimensions. As you can imagine, it’s difficult to come up with questions that suit everybody’s life circumstances. There’s no point about asking about ability to do paid work if people are retired. A colleague of mine used a questionnaire that asked people if they could walk up several flights of stairs, but her Napier research participants pointed out there are no tall buildings in Napier, so they didn’t know!

Obviously it is better not to have any pain or discomfort, but is a slight increase in pain and discomfort worth an increase in being able to do daily self-care activities like washing and dressing yourself? How do researchers, health professionals and policy-makers know what people think is better or worse?

The usual method is to ask large groups of people for their views. This is done by asking them to compare a number of years spent in one state of health compared to a number of years in another state of health. Which would be worse? For example, is it worse to have severe pain and slight anxiety compared to slight pain and severe anxiety? Would it be better to live with severe pain and slight anxiety for 10 years or live in perfect health for 5 years?

Usually people are asked to make a series of choices between different states and time periods to find out how they rank different health states. Trudy Sullivan and colleagues at the University of Otago have developed a new method for doing this, using the 1000minds software developed by Paul Hansen and Franz Ombler (two of the authors). Their method means that fewer questions need to be asked. For example, if you said that A is better than B, and B is better than C, you won’t then be asked whether A is better than C because you clearly think it is. Also the software allows people to answer the questions on their own without having an interviewer present. This is cheaper than paying for interviewers and also might allow people to think more and answer more honestly than if someone else was present.

Trudy Sullivan and co-authors described trying this new method out on 2468 people in New Zealand. People answered the questions as part of an online survey in their own time without an interviewer present. They found that of the five things: being able to walk around, being able to do normal activities, being able to wash and dress yourself, pain and discomfort, anxiety and depression, it was the last one that was the most important to people: being extremely anxious or depressed was rated the worst. This was followed by pain and discomfort: having extreme pain or discomfort was second worst.

Some states of health were rated as worse than being dead. When the researchers averaged everyone’s answers they found that 25% of all possible health states were rated as worse than dead. Interestingly, when the same questions have been asked in other countries, often this number is lower. However, this may be because of method used, people answering in private rather than with an interviewer present or just that New Zealanders are different from people in other countries. In some cultures it may be regarded as inappropriate to say that anything is worse than being dead.

The results from research like this are used, along with other information, by governments and others to inform decisions about what treatments are provided and funded. Economists try to calculate out how much benefit people people might get from a treatment (for example, a medicine), and how long they will get this benefit for, and weigh this up against the cost of the treatment.