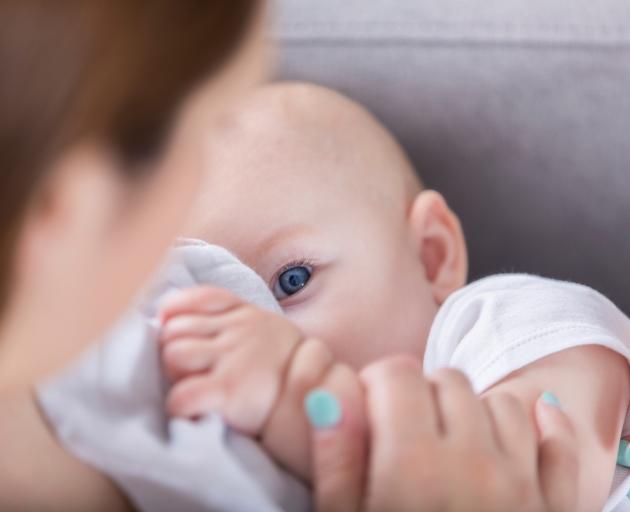 Lay health workers have been employed to help spread the message about the importance of breastfeeding for the first six months. PHOTO: GETTY IMAGES
Lay health workers play an important role in many countries around the world, writes Pauline Norris.

Lay health workers are local people who are not registered health professionals (like doctors, dentists, pharmacists) but receive some basic training to work with patients. They are an addition to, rather than a substitute for, registered health professionals, and do things such as encouraging immunisation, helping people navigate the complex health system, or providing advice. For example, at Turanga Health in rural Tairawhiti, kaiawhina nurses work with the general practice to check on people at home and link them with other services (such as home insulation). In Indonesia, voluntary community health workers assist with vaccination programmes, including visiting people's houses the day before the vaccination is offered, to remind them.

In developing countries, one of the key advantages of lay health workers is that they live in the communities they serve, and are more like most of the people in the community. There is less difference in status and background between local people and lay health workers, than between local people and health professionals, and they can interact informally as well as formally with people.

Another example of lay health workers in New Zealand is from the West Coast, where in 2007 the Primary Health Organisation (PHO) introduced a peer-support initiative called Mum4Mum (M4M) to encourage and support mothers to breastfeed their babies.

The World Health Organisation, backed up by a large body of research, recommends exclusive breastfeeding of babies for the first six months. In New Zealand, although a lot of babies start off being breastfed, only about 17% are still exclusively breastfed at 6 months. Maori babies, Pacific babies and those living in poorer areas are less likely to be. While some cities have a range of support to help new mums with breastfeeding, this might be lacking in rural areas.

A study by Raewyn Johnson from the West Coast PHO, with colleagues from the PHO and the University of Otago, looked at whether the Mum4Mum programme was making a difference since its inception seven years earlier.

The West Coast faces some of the same challenges as the Southern DHB, with a rural population spread over a large geographical area, which makes delivering health services difficult. As with most rural areas in the world, recruiting and retaining health professionals is difficult.

Other studies have shown that providing support for mums increases the chances that they will breast-feed. The M4M programme involves breastfeeding advocates teaching lay women to become breastfeeding peer supporters. At the time of the study 153 women had been trained. In her study, Raewyn Johnson wanted to find out about what this was like for the peer supporters. How did the training affect their own experiences of breastfeeding, were they able to encourage others to breast-feed, to help other new mothers solve breastfeeding problems, and answer questions? The authors sent a survey to all the women who had been trained as peer supporters and analysed their responses.

The peer supporters who replied to the survey reported that the knowledge they gained in the training programme had helped with their own breastfeeding. It also gave them more confidence to talk with other mothers about breastfeeding and give advice. The peer supporters do not work in a clinic, but perform their role through casual conversations, providing advice in online groups, to their friends and acquaintances. They also help normalise breastfeeding in public.

The lay health worker model accepts the fact that people often get health advice from friends, family, workmates and neighbours as well as health professionals, and attempts to ensure that good advice is provided through these networks. The women in the M4M programme said they found it personally satisfying, and being in the programme demonstrated to other mothers that they are knowledgeable and reliable sources of advice.

A large review of studies of lay health workers found good evidence that they make a positive difference in improving people's health, their health-related behaviours, and satisfaction with health care.

A common theme in these studies was that people appreciated that the lay health workers were from similar social backgrounds as them, and had perhaps experienced the health condition themselves. The workers provided emotional support, people felt more accepted and understood, and the lay health workers knew more about the realities of their lives. The M4M programme is a good New Zealand example of how this can work.