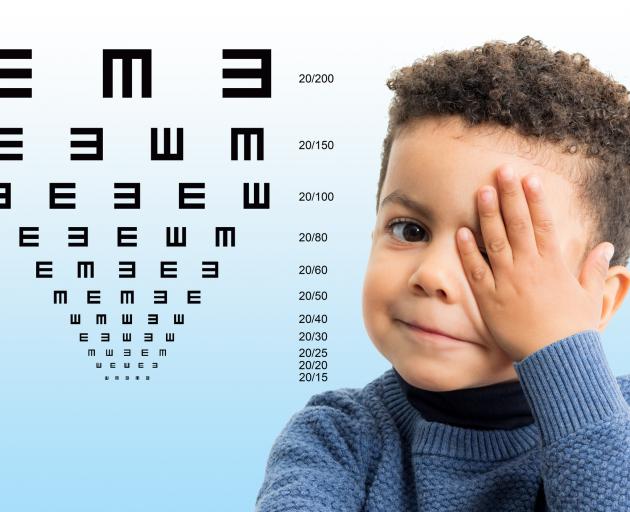 PHOTO: GETTY IMAGES
We can check that all children have a better start.

All 4-year-old children in New Zealand are supposed to have a "B4 School Check" to test their hearing and vision, measure their health and development, and assess their social and emotional wellbeing.

The aim is to find anything that could prevent children from getting the most benefit from school and, if possible, address this before they start school.

Jesse Kokaua and Nick Bowden, from the University of Otago, worked with Rebecca Findlay from the School of Optometry at the University of Auckland, to look at whether any children were missing out on the vision test portion of the B4 School Check.

Identifying vision problems in young children is important. Some issues can be corrected if found early.

If unnoticed and uncorrected, they obviously make it more difficult to read and learn, and this can lead to lifelong disadvantage.

Previous research has shown that Maori and Pacific people and those facing socio-economic disadvantage are less likely to receive the full check.

Large numbers of children — 39% of Maori children, 50% of Pacific children and 42% of Asian children — do not receive all the components of the check.

This is extremely high for something that all children are supposed to have.

Mrs Findlay and her colleagues found 89.5% of children got the vision test. That means one in 10 children missed out. Maori children, Pacific children and children from areas of high socio-economic deprivation were more likely to miss out on the vision test.

Similar patterns are found for all kinds of healthcare (including Covid vaccination).

Maori, Pacific peoples, and people who live in poorer households tend to miss out.

This matters for adults, but it matters even more for children, because children themselves are more likely than adults to be Maori, Pacific and/or living in areas with high socio-economic deprivation.

So, if we have a health system that does not meet the needs of Maori, Pacific, and people on lower incomes, we are failing a very large proportion of children.

Mrs Findlay and her colleagues found quite a lot of variation between regions in vision testing.

South Canterbury, Lakes and Waikato had very high rates of screening, while Capital and Coast, Hutt Valley, Northland and West Coast had very low rates. The Southern region had the sixth highest rate.

Other research has explored why some children miss out on the B4 School Check. They found some parents were not aware of the check, or were worried about being blamed or judged by the healthcare workers, and venues were not always convenient.

This research gives really helpful suggestions about offering checks where people are, engaging with and promoting checks through trusted people, such as early childhood education, GPs, marae, and churches, and ensuring that the service is welcoming, family friendly, and non-judgemental.

The authors also recommend use of te reo and Pacific languages in the advertising and delivery of the services.

The researchers also point out that the letters used in the vision checks include those not in Maori or Pacific alphabets.